Floundering In A Long War

The challenge of Maoist extremism is not insurmountable. But hasty and misdirected initiatives, far from advancing resolution, will undermine the legitimacy and authority of the forces 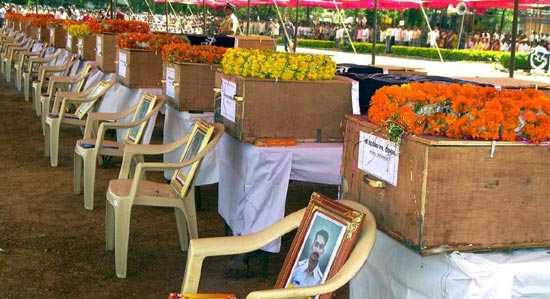 Prepare and mobilize the entire Party, PLGA [People’s Liberation Guerrilla Army] and the people for carrying out tactical counter-offensives and various forms of armed resistance and inflict severe losses to the enemy forces; attacks should be organized with meticulous planning against the State's khaki [Police] and olive-clad terrorist forces [Security Forces], SPOs [Special Police officers], police informants, and other counter-revolutionaries and enemies of the people; these attacks should be carried out in close coordination with, and in support of, the armed resistance of the masses; these should be linked to the seizure of political power and establishment of base areas; it is the combined attacks by all the three wings of the PLGA and the people at large that can ensure the defeat of the enemy offensive."

While the state vacillates, flails and flounders, the Maoists have focused on carrying out their Politburo’s vision with little dithering or delay. On October 8, Maoist cadres killed at least 18 policemen, in an ambush in the dense forests near Laheri Police Station of Gadchiroli district in Maharashtra. The dead include 10 commandos of the Maharashtra Police, as well as six constables and a sub-inspector, Chandrasekhar Deshmukh, from the Laheri police station. The incident occurred when a 40 member police party came under heavy fire from 150 to 200 Maoists at about 1:00 pm (IST). The police force was returning after a search operation following intelligence inputs that the Maoists had assembled in the area. The Additional Superintendent of Police M.K. Sharma claimed that the police managed to kill 15-17 Maoists, though no bodies were recovered. There was no independent verification of the claim.

Earlier, on October 7, the Maoists brutally beheaded a civilian at Kurkheda in the same district, suspecting him to be a police informer. The beheading was carried out a day after the Jharkhand police recovered the decapitated dead body of Police Inspector Francis Enduwar, who had been abducted on September 30.

On October 1-2, 16 civilians, including five children, were shot dead by suspected CPI-Maoist cadres at Amosi Bharen Diara village in the Khagaria district of Bihar late in the night of October 1, a top Police official said on October 2.

In an attack launched by personnel of the Central Reserve Police Force’s (CRPF’s) Combat Battalion for Resolute Action (CoBRA) and the Chhattisgarh Police in the night of September 17 in the Dantewada district of Chhattisgarh, Assistant Commandants of CoBRA, Manoranjan Singh, and Rakesh Chaurasia, as well as another four SF personnel were killed by the Maoists. In subsequent operations on September 18-19, 10 dead bodies of the Maoists were also recovered. The police claimed that at least 24 Maoist cadres had been killed, though there was no independent verification. The botched operation, part of the wider ‘Operation Green Hunt’, lasted for 48 hours.

On July 12, cadres of the CPI-Maoist killed 30 police personnel, including a Superintendent of Police (SP), in two incidents in the Rajnandgaon district of Chhattisgarh.

On June 20, 12 Central Reserve Police Force (CRPF) personnel were killed in a landmine blast triggered by CPI-Maoist cadres at Tonagapal in Dantewada district of Chhattisgarh. The Maoists also opened fire at the ambushed patrol, but the troopers instantly retaliated, killing seven insurgents, whose bodies were recovered.

On June 12, CPI-Maoist cadres detonated a landmine in the Nawadih area of Bokaro district in Jharkhand, killing at least 11 SF personnel and injuring eight

According to the South Asia Terrorism Portal Database, a total of 788 persons (261 civilians, 293 SF personnel and 234 extremists) had been killed in 2009, till the time of writing. At least 74 major incidents of violence [incidents in which three or more people were killed] involving Maoists had been reported during this period. 366 persons, including 138 civilians, 124 SFs and 104 Maoists, have been killed after June 12, when the Maoists decided to escalate their ‘people’s war’.

Union home minister P. Chidambaram has now accepted that Left Wing Extremists (LWE) have some influence in over 2,000 police station jurisdictions across 223 districts in 20 states in the country. The data confirms Prime Minister Manmohan Singh’s repeated assertion that the maoists have emerged as the country’s gravest internal security challenge.

Acknowledging that the Maoists are getting significant support from the people, Senior Superintendent of Police (SSP), Ranchi (Jharkhand), Praveen Kumar, disclosed that this was emerging as one of the biggest stumbling blocks for anti-Naxalite operations in the Bundu and Tamar areas of the district. "Whether it is out of fear or otherwise, the support of villagers that the ‘sub-zonal commander’, Kundan Pahan, enjoys in the area, has made him almost invincible. Whenever police are about to conduct raids in the area, Pahan invariably gets wind of it," Kumar said. Pahan is the prime suspect in the murder and decapitation of Special Branch Inspector Francis Induwar.

There is also clear intent to take the ‘struggle’ forward at a different level. As CPI-Maoist politburo member Koteshwar Rao alias Kishan, who heads the outfit’s operations in Orissa, Jharkhand, Bihar and West Bengal, stated in an interview published on October 8, "Despite our strongholds, the Revolutionary People’s Committee has not emerged properly. We still need to take the movement forward". The article also noted that, "Unlike Bastar and Dankaranya regions in Chhattisgarh, the Maoists have been unable to complete ‘area domination’ in Jharkhand. In Chhattisgarh, ‘taking control’ of the tribal belt stretching from Abujhmadh, Bastar and Dandakaranya, the Maoists have established departments dealing with defence, health, development, personal relations, legal assistance, education and culture to run their so-called ‘revolutionary government’." The Maoist leader also rejected the home minister Chidambaram’s October 7 call to lay down arms and abjure violence, asserting that "armed struggle against the system will continue."

Meanwhile, reports suggest that the union government is planning to launch ‘all out operations’ against the Maoists in the first half of November 2009 [the scheduled has been repeatedly pushed back since rumours of such action first became rife in July]. The Cabinet Committee on Security (CCS), in a meeting chaired by the Prime Minister Manmohan Singh on October 8, is believed to have sanctioned a ‘comprehensive approach’ to deal with the LWE. According to the ‘action plan’, the union government has adopted the ‘clear and hold’ doctrine, requiring SFs to pro-actively engage with the extremists, venturing deep into their strongholds to clear these, quite in contrast with the earlier approach, where the forces’ actions were principally defensive or retaliatory. The Central Para Military Forces (CPMFs) and state police forces are particularly to focus on the Jharkhand-West Bengal-Orissa and Chhattisgarh-Orissa-Andhra Pradesh tri-junctions – the regions of the most intensive Maoist concentration and activity, to prevent any attempt by the rebels to slip from one zone to another.

Realising that wiping out Maoists from their strongholds requires the restoration both of the rule of law and demonstrable development, the government has decided not to pull out the troops after an operation. Once security has been beefed up, there will be efforts to strengthen the civil bureaucracy and the government’s mechanisms for delivery of developmental and welfare services.

Reports suggest that, to implement the new doctrine, New Delhi is to augment the strength of paramilitary deployments in the worst Maoist affected states to some 70 battalions. This would yield roughly 28,000 CPMF personnel across an arc extending from Andhra Pradesh through Chhattisgarh, Jharkhand, Maharashtra, Orissa, Bihar, and West Bengal. State police forces have also been told to improve their counter-insurgency capacities to back up the campaign. The centre, meanwhile, has declined to enhance the role of the all ready over-stretched Army in anti-Naxal operations.

New Delhi seems to have succumbed to media hysteria and perceived popular pressure in the aftermath of the beheading of Francis Induwar and the recent attack against police personnel in Gadchiroli, overlooking ground realities in what appears essentially to be a knee jerk response, rhetoric on proactivity notwithstanding. Hurried and ill-planned operations, using troops that are unfamiliar with local conditions, lacking hard intelligence, in many cases, under-trained, ill-prepared and under-equipped, and in all cases, lacking the critical mass of manpower needed to saturate the areas in which the Maoists have established their disruptive dominance.

The challenge of Maoist extremism is not insurmountable. But hasty and misdirected initiatives, far from advancing resolution, will undermine the legitimacy and authority of the forces and infinitely compound the basic problems themselves. Policymakers are yet to understand the fundamentals of protracted war, and remain trapped in the obsolete ‘battalion approach’ – mechanically shuffling troops around from theatre to theatre – with little regard to force composition and capabilities, the imperatives of local conditions, and the need for responses based on detailed local intelligence and understanding.