'Flexibility The Way To Go' 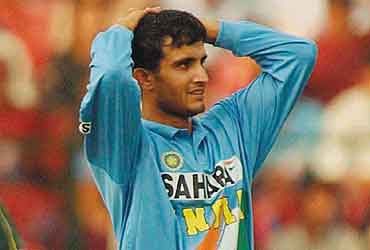 Former South African opener Barry Richards hit out at India's theory of going into a one-day game with seven batsmen and wanted more flexibility in the Saurav Ganguly-led squad's approach in the limited over format with better equipped tail-enders available now.

"I have been of the opinion if six batsmen can't do it, then seven would not make any difference," he said evaluating the Indian team, currently in the middle of a slump after a fabulous 2003-04 season.

"I have never been convinced about it. Yes, in the NatWest series (that India won in England in 2002), Yuvraj (Singh) and (Mohammed) Kaif did it. But if you look at stats, you would know how many matches number six and seven have won for you and how many they have lost," Richards said in support of his viewpoint.

The Indian team management has always advocated the seven-batsman theory as it feels that it has done wonders for them in the past.

Richards felt that Kaif had actually declined as a batsman because of the situation in which he comes in to bat.

"India went for seven batsmen because their number eight, nine, ten or eleven couldn't bat. Now you have (Laxmipathy) Balaji, (Irfan) Pathan and (Ajit) Agarkar. Australia have always followed this method and the likes of (Brett) Lee and (Michael) Kasprowicz can either hold one up end or give it a go," he noted.

Richards also wanted more flexibility in the team's batting order especially over the position in which Rahul Dravid comes in to take strike and pointed out the case of Australia's one-day specialist Andrew Symonds as the perfect example to prove his point.

"Flexibility is the way to go. Symonds comes to the ground knowing he might bat at number seven or three. He's comfortable with it," he said.

"That's the kind of flexibility they got to have in the Indian camp, so that Rahul knows he might not be in a fixed position. It's the perfect situation here in Amsterdam, where the matches were rain-reduced, to have tried this out," the cricketer-turned-commentator said.

Richards also wanted Ganguly to stamp his authority on the game and lead from the front.

"He is keen to do well. I think he needs to put his hand up in tight situations. He was caught in two minds in the game against Pakistan.

"Between Ganguly and (Virender) Sehwag, India were off to a fine start. Then he told himself if he bats through the overs, they would win. He went quiet for two three overs and then tried to break free (and failed)," Richards noted.

"I think if he had just kept playing the normal aggressive way, they should have won the game. He made a little misjudgment and it cost India the game.

"He needs to stand up and lead from the front. It's important he stamps his authority in every game. You can't afford to assume you have got a good batting side and relax," the South African legend said.