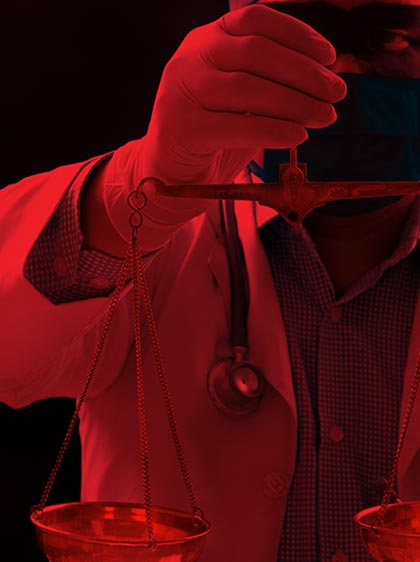 A bench of the Delhi high court today ordered the Centre to fix maximum retail price and a ceiling price for cardiac stents by March 1 2017.

The order comes during the second hearing of a public interest litigation filed by Birender Sanghwan in the Delhi High Court  questioning why drug manufacturing companies did not show a maximum retail price along with a ceiling price for all stents.

Surprisingly, a day before the hearing, the department of pharmaceuticals ordered to place cardiac stents of all makes in the price control list, after sitting on a government directive for almost five months.

The green signal from the department allows the National Pharmaceutical Pricing Authority to fix prices for stents, which will now be included in the schedule 1 of the National List of Essential Medicines, also known as price control list.

Outlook’s cover story last week, Heart for Marts sake, reported that strong opposition from the stent manufacturing lobby was holding up the order to place life-saving stents in price control list despite the government announcing its decision in June 2016.

More than 80% of the stent manufacturers in India comprises international players who mark up prices and monopolise sales by bribing doctors. The high mark-up and lack of  maximum retail price allow hospitals to sell stents at prices which are 300-700% more than the actual cost.

Without a cap on retail prices, hospitals could charge anywhere between Rs 50,000 to 1.5 lakh for each stent inserted. This is in addition to the cost of the procedure, which ranges from Rs 60,000 to 2.5 lakh.

Though the pharmaceutical department’s order is yet to mention a ceiling price for the stents, it says that all coronary stents including, drug eluting and biodegradable have been brought under a singular umbrella of price control.

The order comes on the eve of the second hearing of a public interest litigation filed by Birender Sanghwan in the Delhi High Court on fixing a ceiling price and MRP for stents.

Sanghwan’s third PIL questioned why drug manufacturing companies did not show a maximum retail price along with a ceiling price for all stents.

Sanghwan is positive that despite the order,  there will be further resistance from the stent manufacturing lobby. “While this is a win for us, the lack of a ceiling price will possibly lead to manufacturers asking for a high ceiling price.”

Under the central government health scheme, the price of stents has been fixed at Rs 23,625. The government’s decision to bring all types of stents under one price ceiling has left the door ajar for stent manufactures to bargain for a higher ceiling price.

“If the government sets the prices higher than the CGHS price, I will file another case,” he says.

However a report by an expert committee of 17 cardiologists from top government institutions punches holes in the claim. The report says sub-categorisation of currently available drug eluting stents was not possible as there was no published data establishing the superiority of any drug eluting stents over others in terms.