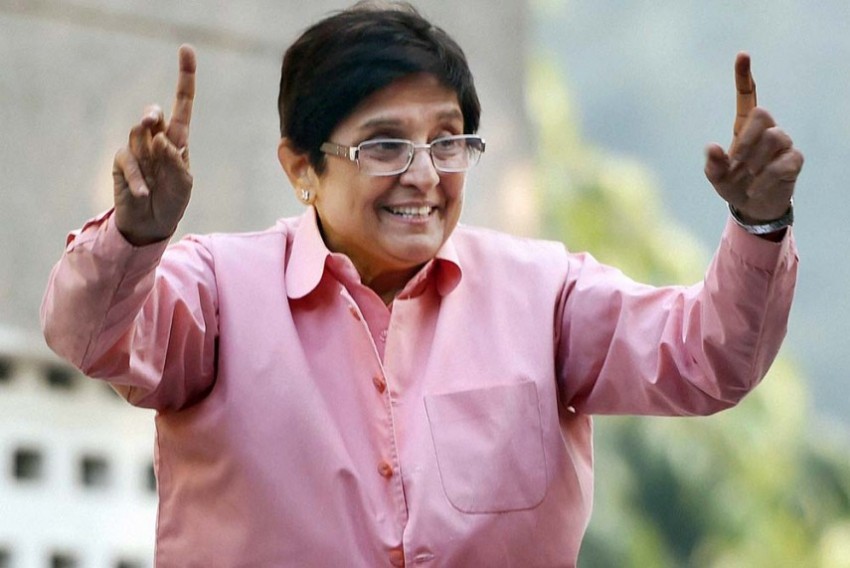 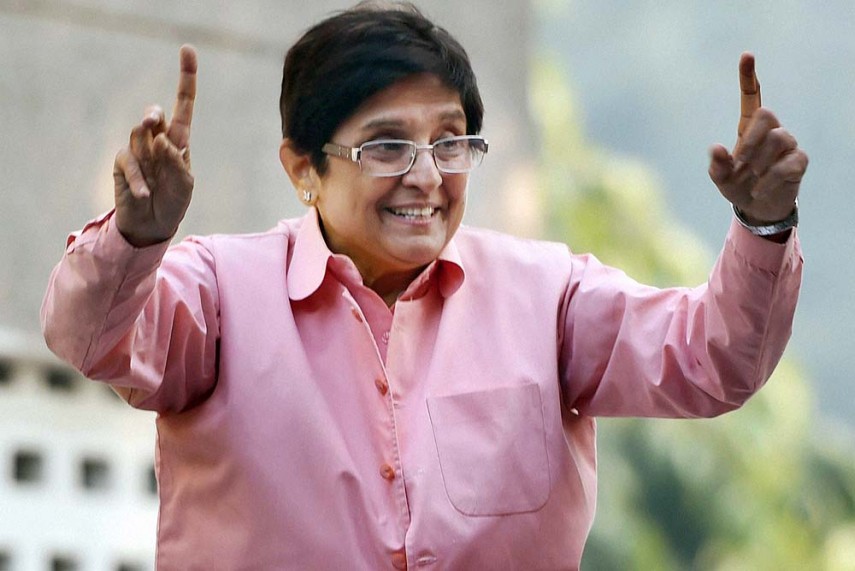 "I am not in Puducherry to do a job but transform the UT. Make it cleaner, safer, responsive public services, financial prudence and rule of law." This message in Twitter by Lieutenant Governor Kiran Bedi spotlights her aims for the Union Territory, which is currently witnessing a faceoff with the elected government headed by Chief Minster and former union minister V Narayanasamy and the LG.

The tussle took an interesting turn with the LG aggressively cancelling a circular issued under directions of the Chief Minister urging the government officials not to use social media such as WhatsApp and other applications for official works. The circular was issued by the Department of Personnel and Administrative Reforms of Government of Puducherry January 3.

The LG also met top union ministers in New Delhi and apprised them about the elected government's action. She went on to inform that the government's move will take the UT to 'non-technology' days and questioned how Chief Minster could take away the power of communication.

The latest developments is the culmination of the one-upmanship efforts by the top over the last few months. LG Kiran Bedi, after assuming the office on May 29 in 2016, had been directly leading the Swachh Bharath campaign announced by Prime Minister Narendra Modi and convened several meetings of the officials sidelining the elected representatives of the people.

There were criticism on the style of functioning of the LG from political parties, who charged that Bedi was interfering in the day-to-day administration by directly giving instructions to the officials by forming groups using social media platforms. She even fixed specific timings and days in a week to meet the public and receive grievances from them directly.

Left parties, especially the CPI(M), were vehement in their criticism of LG. Its state party unit leader R Rajanagam said Kiran Bedi was doing all these for just garnering publicity.

The Congress chief minister Narayanasamy at meeting in August last year had asked the officials to go by the rules of business binding on Government of Puducherry, but things continued in the same vein as the LG went ahead with her meetings and issuing instructions to the officials.

Referring to the functioning of LG, Ramadass, former MP and a leader of AIADMK, objected to the style of functioning of LG and said the functions of LGs and CMs of Delhi and Puduchhery are almost the same but unlike in Delhi, subjects like public order, police, land and revenue are vested with the Union Territory Government itself.

On their part the officials also were increasingly becoming agitated at the summons of Kiran Bedi even on Saturdays and Sundays.

However, Bedi and Narayanasamy maintained on many occasions, when asked by reporters, they were working unitedly for the development of UT and the welfare of the people.

One of the minster's Congress cabinet, Kandasamy came down heavily at Kiran Bedi on couple of occasions for functioning in an authoritarian manner and ignoring the locally elected government.

The tussle between the LG and CM came to the fore a few days ago following the suspension of a top official for allegations of posting objectionable video in WhatsApp group, administered by the Officer on Special Duty to the LG.

The Election Commission of India has asked the Puducherry administration to stay Lieutenant Governor of Puducherry Kiran Bedi’s order suspending the official.

This was for the second time that the LG was being snubbed by the Commission -- the earlier being for Model Code of Conduct violation during the by-election to the Nellithope assembly constituency, where Chief Minister V Narayanasamy was contesting. (The Chief Minister, who assumed the office without being the member of the assembly, was elected in the by-poll held in November last year).

In the present issue, the LG suspended the Dr A S Sivakumar, despite apologising after admitting that he sent the objectionable video content inadvertently to the group. The suspension order was served on the official, who was summoned to the Raj Nivas for seeking an explanation. The official-- a joint secretary rank officer of the administration--was handed over to the police after lodging a complaint by a lady official of the Raj Nivas who was administering the WhatsApp group at the instructions of Bedi. The official was charged under sections 67 A of the IT Act.

The incident has raked up dissatisfaction in the Pondicherry Civil Services (PCS) officials, who pointed out that the action against the official was taken hastily and without following proper procedures. They also felt that the official could have been pardoned as he realised his mistake and apologised for the same.

The administration issued a circular on the directions of V Narayanasamy instructing officials that no group shall be formed for official communication and they should not be members of any official group run in such social media nor interact with seniors bypassing the administrative hierarchy and routine official channel.

"Strict compliance should be ensured by all concerned and violation, if any, of these instructions brought to notice shall invite disciplinary action an further penal action as per rules in force, the circular of the Department of Personnel and Administrative Reforms (DP&AR) said.

The sudden staying of suspension of the Joint Secretary-level officer by the Election Commission of India citing that the officer was on electoral roll revision duty, and the DP & AR circular asking government servants not to be part of any groups spurred Bedi to issue an 'order' on Twitter, while she sat in Delhi, cancelling DP&AR circular.

Chief Minster V Narayanasamy, when approached for comments refused to say anything on the LG's action.

Sources said that the Ministry of Communication and Information Technology had issued an office memorandum last year warning government servants against posting information for dissemination, policy-making, recruitments, generating awareness, education on social media as their servers are based outside and are not governed by Indian laws.

Meanwhile, the Congress MLAs led by K Lakshminarayanan held a meeting here on Friday and petitioned the Union Home Minister seeking appropriate action against LG Kiran Bedi, whom they charged with infringing upon the rights of the elected government and the representatives. When asked, he said the governor was acting arbitrarily on many issues that too 'unconstitutionally'.

AIADMK legislature party leader A Anbazhagan said AIADMK would lodge a complaint against the Lt.Governor with the President and home ministry with the consent of party general secretary Sasikala and press to recall the Lt.Governor, who is acting in dictatorial manner.