'Exercise The Right To Ijtihad'

Ayesha Jalal joins in the debate on the so called "Crisis In Islam"... 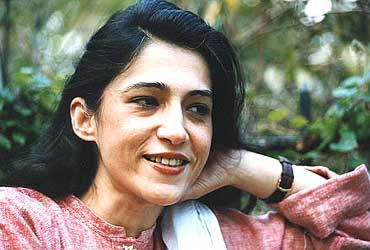 outlookindia.com
-0001-11-30T00:00:00+05:53
Most people focus their attention on the public purveyors and victims of Islamic fundamentalism. Where do Muslim women's voices fit into this equation - don't they silently bear the sorrows of Islamic extremism?

The term 'Islamic fundamentalism' is quite misleading. Most Muslims believe in the fundamentals of their faith. Historically, women Sufi saints such Rabiya Basri and, in the South Asia Lal Ded of Kashmir, have had a voice in articulating Muslim devotion as well as resistance against social inequity. Muslim women today have often to bear the sorrows of tribal and clan based patriarchies, shrouded in the cloak of religion. Not all do so silently.

What has been the impact of fundamentalist politics on the role of women in Muslim societies? Have they been entirely shut out or does a female politics persist in small localized forms of resistance?

As you can see I question the premise of a 'fundamentalist politics' though I do not deny that there are variants of radical Islam which can be liberating or oppressive depending on the socio-historical context. Women are at a particular disadvantage in relation to certain socially conservative forms of Islamic orthodoxy such as the one practised by the Taliban in Afghanistan. Women do resort to everyday forms of resistance against such oppression which are not highly visible to the external observer. However the scope for effective resistance is more often then not very limited.

How concerned are Pakistani Muslims about the threat posed by sectarianism within the country? Historically, is it not the case that sectarian conflict leads not just to violence between groups but also to reification within groups thus promoting rigidity and dogmatism?

A great many Pakistani Muslims are deeply disturbed by the threat posed by ultra-orthodox sectarian organizations. Ironically, several of these groups came into prominence during the period of Pakistani support for the Afghan resistance against the Soviet occupation. They have inflicted severe damage on the social fabric of Pakistan in the last two decades. They are armed to their teeth, but do not enjoy a wide base of support in society. Acts of violence between armed militant groups should not be misinterpreted as deep seated sectarian hatred.

The politics of emancipation for Muslim women must aim at reclaiming the terrain of Islam from the religious bigots. Unfortunately, secular dogmatism has often resulted in an abandonment of this crucial domain. It is one thing to be disdainful of religious bigots; quite another to expose their lack of understanding of Islam. Only by engaging with Islam will it be possible for Muslim women to reject an unwarranted theological centralization of the faith that has constrained the liberty of the individual. Muslim women must exercise the right to ijtihad or independent reasoning.

To what extent does the absence of democracy in the Muslim world suffocate gender politics? Is it not the case that failing states impose the heaviest burden on women who must tend to their families, especially their children, in the absence of any state assistance. How does this affect their relationship with Islamic groups that fund madrasas, community health programs and so on?

The lack of democracy in large parts of the Muslim world undoubtedly has been a bane for women. But it is not just so-called 'failing states' that have imposed a burden on women. Authoritarian states in the Muslim world, buttressed by the forces of freedom and democracy in the West, have in no uncertain way shackled women and denied them basic rights of citizenship. States can assist or oppress - one needs to break out of this for or against dichotomy in evaluating the role of the state. Madrasas too are of various kinds. Some do deliver education and health care to disadvantaged sections of the populace, including women. Others have been turned into breeding grounds for hatred, not just against non-Muslims but also against internal others.

There is a popular perception in India and in the West that Islam is resistant to change and to modernity. Do you agree with this interpretation?

No. As Muhammad Iqbal put it in his reconstruction lectures, the 'principle of movement in the structure of Islam was ijtihad'. Any collectivity needs a core of principles to survive the flux of historical time. But eternal principles do not mean excluding any possibility of change to the point of complete stagnation. In Iqbal's opinion, 'Europe's failure in political and social science' lay in its rejection of a permanent code of ethics while the 'immobility of Islam during the last five hundred years' was due to the incapacity of Muslims to keep pace with historical change'. One should not confuse the historic failures of Muslims in different parts of the world with inherent flaws in the teachings of Islam.

There is a reading of Islamic fundamentalism in the West which suggests that families are 'proud' of their children becoming martyrs. This reading supports the Western assumption of irrationality in behaviour of families and societies in the Muslim world. Do you agree with this reading and its implications?

There is nothing irrational in a conception of martyrdom achieved in the course of a battle against oppression and injustice in the path of God. That is what the Quran teaches. But the teachings of the Quran cannot be taken out of context. It categorically does not glorify or raise to any exalted position those who kill innocents. Forgiveness remains the more cherished value. Families are proud when one of their own makes the supreme self-sacrifice for a cause that is widely shared. Such a sentiment is no different from the one which reveres martyrs who have died for the nation.

A Crisis Of Perception