Two potential blockbusters, Sooryavanshi and 83, are waiting in the wings as theatres are set to allow 50% occupancy from February 1. 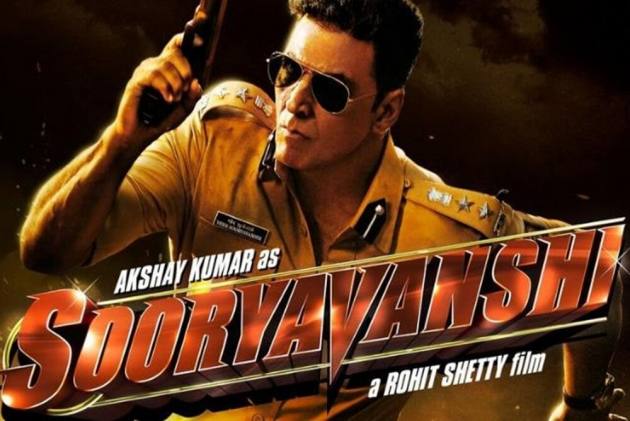 When crowds have already turned out in great numbers at the airports, markets and the rest of public places, not to speak of the serpentine queues during polling in the recent Bihar elections, there is no reason why Akshay Kumar, Ajay Devgn and Ranveer Singh will not be able to pull the audiences back to theatres in droves.

With the Centre lifting the 50 per cent cap on occupancy in theatres from February 1, Bollywood has a reason to cheer after a prolonged wait. But will the film industry biggies such as Akshay Kumar, Ajay Devgn and Ranveer Singh rise to the occasion to ensure the release of their movies at the earliest and help it recover from its worst phase?

At least two of Hindi cinema’s potential blockbusters – Sooryavanshi and 83 – are lying in the cans for more than 10 months, waiting for the return to normal. Sooryavanshi, a much-awaited multi-starrer helmed by a director with Midas touch like Rohit Shetty, was all to release on March 24 last year with a lot of fanfare. But the abrupt closure of cinemas in mid-March, followed by nationwide lockdown forced the makers to put it on hold for an indefinite period.  Even though theatres were allowed to reopen with 50 per cent capacity late last year, they preferred to wait and watch.

Sooryavanshi, a big-ticket extravaganza starring the likes of Akshay Kumar, Ajay Devgn, Ranveer Singh and Katrina Kaif, is widely expected to be a huge money-spinner but its makers have been fighting shy of releasing it until now, apparently thinking that it will be well-nigh difficult to recover its cost, let alone make profits, without having theatres packed to their capacity, at least on the first weekend of its release.

Similar is the case of 83, Kabir Khan’s magnum opus on India’s first triumph in the cricket World Cup under the leadership of Kapil Dev. Ranveer Singh, who was having a dream run at the box office before the pandemic struck, plays the then skipper in the film, who led from the front to crush the mighty West Indians in the final at Lord’s on June 25, 1983. Its makers had originally planned to release it on April 10 in 2020 but the coronavirus pandemic put paid to their hopes. Since then, the audiences, especially cricket lovers, have been waiting eagerly to relive the glorious moments of the epic Indian victory on the big screen. Hopefully, both Sooryavanshi and 83 will see the light of the day in the last quarter of the current fiscal year.

Earlier, speculations were rife for a while that both these potential blockbusters might go for a direct digital release on any major OTT platform like Amazon Prime Video, Hotstar or Netflix but Kabir Khan made it clear that 83 was meant for the larger screen.
In the past couple of months, when cinema halls were allowed to resume operations only with 50 per cent capacity, none of the film-makers came forward to release any of big-budget movies. It was left to small-budget films like Suraj Pe Mangal Bhari and Ram Prasad Ki Tehrvi to have a direct theatrical release. But they, needless to say, had few viewers.

Trade experts believe that the fear of contracting Covid-19 did play on the minds of the cine-goers, keeping them away from theatres but, at the same time, it is also true that none of the big commercial movies saw the light of the day in this period. Had a movie like Sooryavashi or for that matter, 83 been released, it might have drawn the audiences, thanks to the massive fan-following of their star cast.

Cinema-hall proprietors, in fact, had made an impassioned plea to Salman Khan earlier this year to release his next, Radhe: Your Most Wanted Bhai in theatres on the next Eid and bail them out, a request which was accepted by the 55-year-old actor. Khan has already announced that Radhe would be released in theatres on the next Eid. On the same day in May, John Abraham’s Satyamev Jayate 2 is also slated to hit the screens.

But Eid is still a few months away. The film industry needs big stars to release their movies right away so as to lure the audiences back to the theatres in a big way. The huge crowds witnessed at the theatres during the release of a few regional movies in South India even while some restrictions were enforced in the past few weeks, bear ample testimony to the fact that the audiences are beginning to return to savour movies on the big screen.

Bollywood undeniably needs some big movies to extricate itself from its commercial mess as quickly as possible. It cannot afford to keep the release of movies like Sooryavanshi and 83 at bay and remain in the wait-and-watch mode. When crowds have already turned out in great numbers at the airports, markets and the rest of public places, not to speak of the serpentine queues during polling in the recent Bihar elections, there is no reason why Akshay Kumar, Ajay Devgn and Ranveer Singh will not be able to pull the audiences back to theatres in droves.  In any case, “no risk-no gain” has always been a favourite credo of dream merchants from the tinsel town.