When SRK's Son AbRam Asked The Paps To Make Way

Not long ago, at the seventh birthday of Aishwarya and Abhishek Bachchan, Aaradhya, AbRam was seen screaming at waiting photographers, saying: 'no pictures!' 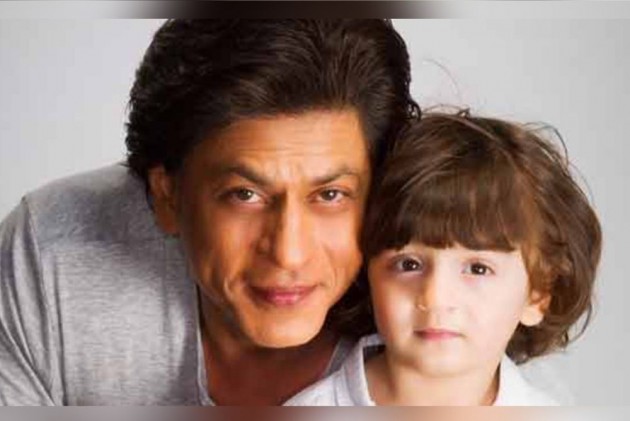 Shah Rukh Khan's younger son AbRam Khan seems to have already acquired the airs of a superstar. His antics in a viral video at Rani Mukerji's daughter Adira's birthday party would suggest as much, and netizens are simply loving it.

In the Instagram video, six-year-old AbRam is seen seated inside a luxury car, leaving the party. As the car tries to move out, the waiting paparazzi closes in, to get a picture of the star son. Then, AbRam is seen authoritatively gesturing at the lenspersons to clear the way and let the car pass, reports spotboye.com.

Not long ago, at the seventh birthday of Aishwarya and Abhishek Bachchan, Aaradhya, AbRam was seen screaming at waiting photographers, saying: "no pictures!"

Well, it seems as if unlike dad SRK, AbRam is a bit shy of the spotlight.