Art & Entertainment The Special Appearance of Ganesh Chaturthi In Bollywood

The Special Appearance of Ganesh Chaturthi In Bollywood

From iconic songs to pivotal sequences in movies, we take a look at five Bollywood movies where the 10-day-long Ganpati festival played an important role. 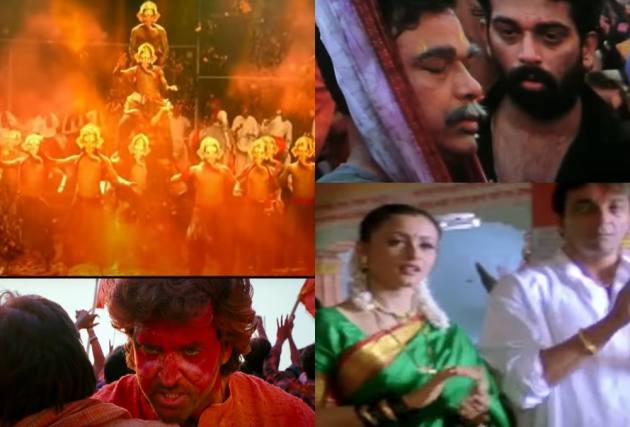 In the remake of this popular action-drama film, Ganesh Chaturthi established, not just the protagonist, Vijay Dinanath Chauhan, but it also explained the motivation behind his revenge against the antagonists in the story. In the remake version, while Hrithik Roshan sings a devotional song for Lord Ganesha, the final few lines of the song take the viewers to an intense murder scene, where Vijay Dinanath Chauhan explains the motive behind the murder.

In this gangster drama, Ganesh Chaturthi serves as the backdrop for the climax in the film. Satya (JD Chakravarthy), enraged by the betrayal against his best friend, Bhikhu Mhatre (Manoj Bajpayee), has revenge on his mind as he visits Juhu beach, to have a final face-off with the local minister Bhau Thakurdas Jhawle (Govind Namdev). Using the crowd, who had turned up in numbers for the visarjan, as a camaflouge, Satya tries to do one final thing as a gangster before he decides to give it all up.

Another gangster film, set in Mumbai, where makers have showcased the magnitude of celebrations around Ganesh Chaturthi. As the entire family of an alleged gangster is engrossed in performing the arti on the final day of Ganpati festival, the gangster is being hunted down by the Mumbai police, who have only one thing on their mind: encounter.

Forced to perform on an impromptu sing, the dance group DDR (led by Prabhu Deva), decides to perform on a song, celebrating Lord Ganesha. Despite the fact that the film did not use any pivotal sequence from Ganpati festival, the final song, has become a big feature at the festival, and is now played by the DJs across the state.

‘Shor In The City’

The entire plot of the movie is based on the 10-day-long festivities, as a minor criminal and an aspiring cricketer grapple with life-changing choices during the chaotic period of the festival of Ganesh Chaturthi, that take place in the of Mumbai.