Home  »  Website  »  Arts & Entertainment  »  'The Sky Is Pink' Is More Than Just A Tale Of Inspiration, Teenager's Battle With Rare Disorder

'The Sky Is Pink' Is More Than Just A Tale Of Inspiration, Teenager's Battle With Rare Disorder

Director Shonali Bose keeps the emotions seesawing, from highs of hope to lows of haplessness. And yes, she allows the humour dull the edge of downers. 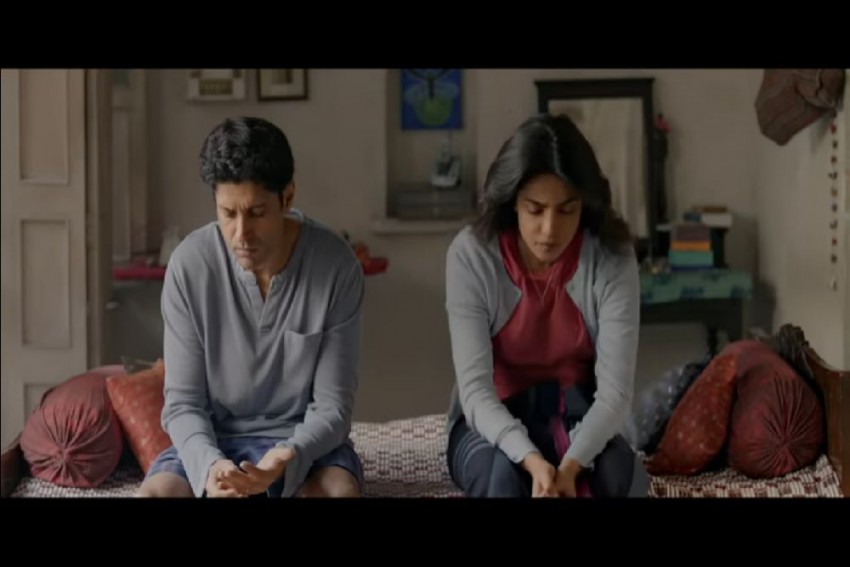 Farhan Akhtar and Priyanka Chopra in a still from "The Sky Is Pink".
Anirudh Bhattacharyya 2019-09-14T13:06:50+05:30 'The Sky Is Pink' Is More Than Just A Tale Of Inspiration, Teenager's Battle With Rare Disorder 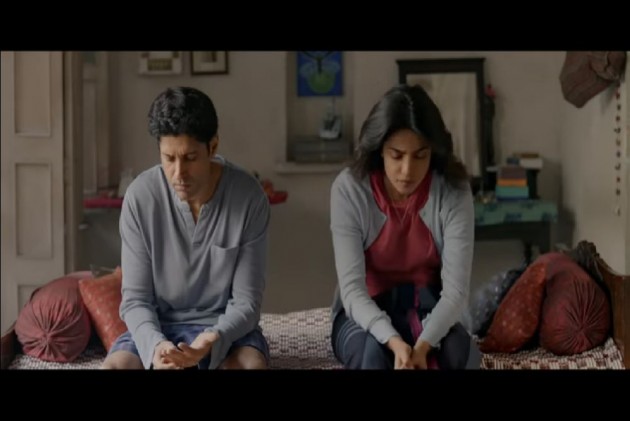 So, here's a weird story. In spring 2015, a teenaged girl, afflicted with a terminal disease watches the trailer of a forthcoming film. She hopes she'll be able to view the movie itself before the dies. She doesn't survive that long, but in her memory, her parents catch its release, first day, first show.

Four years later, a film based on the deceased girl's short life has its world premiere at the Toronto International Film Festival or TIFF, and it's directed by the same filmmaker who made that original film that the girl the trailer of, 30 times or so. Not just that, the director's son, who died tragically young due to an accident with a trimmer, shares the name of that young girl's brother. Spooky, no?

True, though. The girl was Aisha Chaudhary, who watched the trailer of Margarita with a Straw, directed by Shonali Bose, who has now helmed The Sky Is Pink, which had its first public screening anywhere on Friday evening. Oh, forgot – Margarita also had its world premiere at TIFF!

Fittingly enough, given their eerie backdrop, the narrator of The Sky Is Pink, is the ghost of Aisha, but one with plenty of spirits, who tells the story of her parents' romance, her own life and death, with the sort of perky cheekiness that teens use for Instagram posts.

In an interview, Bose said she agreed to the film, and she was the only director Aisha's parents, Aditi and Niren wanted because she is “drawn to families”, as with her previous project Amu and Margarita. But she didn't want this to devolve simply into a tale of “The Heroic Dying Teenager; or an inspiring icon”. She inserts plenty of humour to limn the real-life story of tragedy, and as she tracks the parents' through 25 years, into their 50s, also layers it into a romance, and one that features mature folk.

Priyanka Chopra is Aditi, Farhan Akhtar Niren, while Zaira Wasim plays Aisha -- probably the last time since she has left the film industry -- and Rohit Saraf, her brother Ishaan.

Aisha is born with a rare disorder, severe combined immunodeficiency or SCID, which infants rarely survive because their immune system isn't developed enough to combat even common infections. Aditi and Niren, who have lost another child to the same affliction, take her to London for an experimental treatment, raising the funds required, a hefty amount, thanks to a desi talk show appeal. After that is the story of Aisha's survival, as she almost turns into a Bubble Girl, cocooned from the world without. A byproduct of that treatment is lung disease that ultimately causes her demise, but not before she has enjoyed much more life and even delivered to book on her experience.

Bose keeps the emotions seesawing, from highs of hope to lows of haplessness. And yes, she allows the humour dull the edge of downers. Chopra or Chopra Jonas, as she is credited in the film, is the Tiger Mother, roaring protectively, obsessively over her stricken cub. It's a competent performance, but at times, the constant growling gets grating. Akhtar efficiently enacts the suffering father, and Wasim is vivacious enough as Aisha.

The film, though, somehow doesn't quite create the empathy needed, though the emotions keep running high and low. This is Bose's first studio film after her prior indie ventures, and perhaps, it's far too polished, like the Chaudhary's farmhouse in Delhi's tony Chattarpur. Or maybe, for those who raved about Margarita, find this offering not nearly as stirring. For Bollywood, this is a fine film, but it may not meet the expectations many have of Bose.