The Irresistible Pull Of Korean Dramas

A Netflix spokesperson confirmed that the viewing of K-content went up four times over in 2020 in comparison to 2019 in Asia. 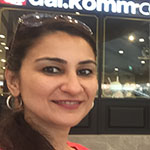 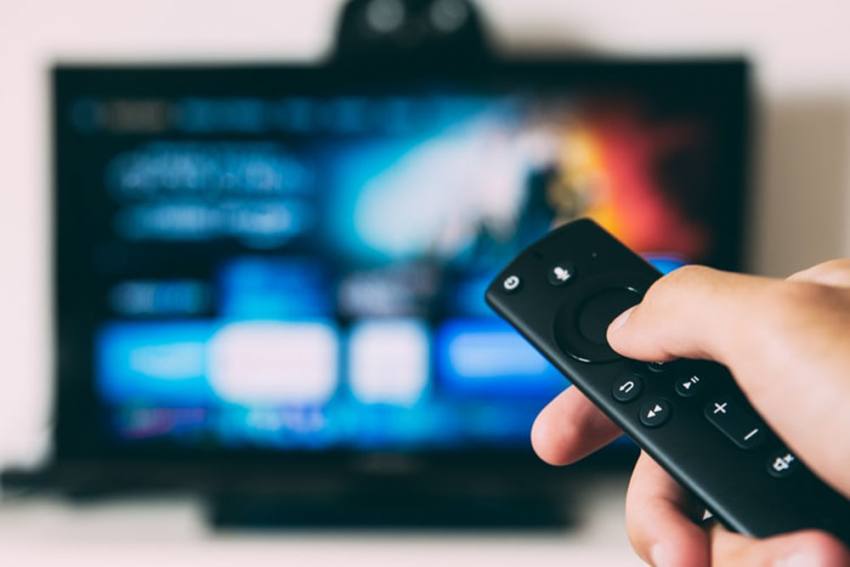 A Netflix spokesperson confirmed that the viewing of K-content went up four times over in 2020 in comparison to 2019 in Asia.
Representational Image
Puja Talwar 2021-05-03T08:46:46+05:30 The Irresistible Pull Of Korean Dramas 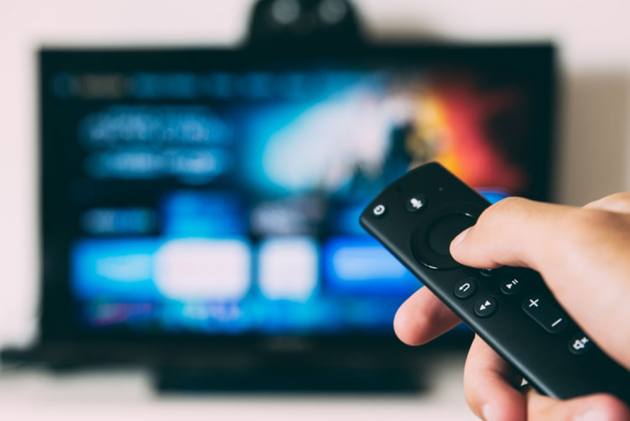 In April 2016, when a gym accident left me with a broken foot, I was bored to death watching already-watched films and shows, an acquaintance suggested I should watch Korean content, especially dramas.

Initially skeptical, but with nothing better to do, I began with the popular “Descendants of the Sun”, the love story between an army officer and a doctor caught in a battle of ideologies, who soon find themselves on the same side fighting a hostage situation, a deadly virus, and natural disasters. I was simply hooked!

Struggling with a grainy copy with erratic subtitles on YouTube, my limited options to view led me to discover K Drama websites, exploring genres, devouring one show after another.

From the bad boy’s redemption in “Queen Of The Game” starring Ju Jin Moo to the love story between a show producer and cameraperson in “World’s Within”, starring Hyun Bin and Song Hye Kyo, then Ji Chang Wook as “The Healer” and Secret Agent in, “The K2”, to the moving, “On The Way To The Airport”, with Lee Sang Yoon, which deals with the forbidden relationship between a couple married to different people. The KDrama universe engulfed me, it became my fantastical retreat.

The love stories were the kind that made you go weak in the knees --- the much-awaited first kiss in Episode 6, the inevitable break-up in Episode 12, if the narrative took an unexpected turn, it turned into an all-nighter, wanting to know what happened next. I laughed along, shed a tear and even devised alternate endings in my head when the classic open ending left me frustrated.

In my early 40’s, I had turned into a gushing fangirl, following Filipino, Singapore lead Fan Clubs. Visits abroad translated into visiting Korean stores and boutiques, as well as food franchises popularised in the dramas. I even weaved my way into the fan meeting of the drama “Strong Woman Do Bong Soon” at a crowded Singapore Mall in 2017 which was hosting a “Visit Korea” event.

However, back home in India, except for the Northeast which has been a large consumer of Korean content since early 2000, fans like me were a minority. Friends at streaming platforms told me, “it's too niche”, there being no demand as such when I questioned the lack of a Korean slate on streaming platforms.

But, it was just a matter of time, till the rest of India found itself swept in the Hallyu wave. The lockdown of March 2020, the pandemic situation led many to browse and discover new content and the Korean Dalgona Coffee was not the only top trend.

My social media timelines were flooded with posts dedicated to K Dramas and Korean Stars Hyun Bin, Lee Min Ho, Gong Yoo who seemed to have cast an irresistible spell. The love story between a North Korean officer and A South Korean heiress in Crash Landing on You played a large part in sweeping fans in the whirlwind of Korean romance and dramas.

Tracy Shilsi, a former journalist, and a true-blue K-drama fan, who had begun watching these dramas way back in mid-2000 says, ‘Korean dramas are a good blend of sophisticated and cutting-edge technology, they come with cultural values as well. It maybe is something new and exciting, but also feels familiar and relatable, so this blend and balance is what’s appealing to audiences across especially to Indians. Also the varied content, they do romance like no one else from their romcoms to intense stories but even their thrillers, action, period dramas are well made, engaging, and backed by good scripts. Also with so many female writers, the women characters are strong, career-oriented but not ashamed to take a fall. The men are shown as hot, sexy but also emotional, supportive and respectful to not only the women but also to those around them and that’s a great combination which appeals to all age groups.”

Shruti Naik, co-founder, “The Lachimolala Diaries”, a YouTube channel dedicated to Korean content says, “The love and relationships portrayed in these dramas is everything we want in real life because they seem too good to be true. I like to get lost in the fantasy world of K-drama and feel good even if it's for a short time.”

Pooja Dhingra, founder, and CEO of Le 15, discovered Korean dramas at the start of the 2020 lockdown and has been hooked since. “In the midst of so much uncertainty, this was my escape for the hours that I watched them. For a few moments, my brain paused and I was in the present moment. I’ve watched over 25 dramas in the year and get deeply involved with the plot and characters. At Le15, a large part of the team is also obsessed with them which leads to our Cake and K Drama line of merchandise which includes totes, cups. While we haven’t got a Korean-inspired menu yet, it’s only a matter of time before that happens,” she says.

South Korea had become the shining example of cultural diplomacy at its best, the country gained three places from 2020 to claim 11th place on the soft power index. A strategic nation-building exercise by the South Korean ministry of culture, sports and tourism reported that Parasite, the film, the drama Crash Landing On You, and boy band, BTS, were top drivers of the Hallyu wave in 2020, and could we well be experiencing a “third Hallyu wave”, after the first in 1997 and the second in 2007.

Rathi Jafer, director at the InKo Centre, the Indo Korean Cultural and Information Centre, says. “We may as well be, this is no flash in the pan, it’s here to stay and one does not know how it’s going to morph, India being a heterogeneous society, the Northeast is saturated with Korean content whilst the rest of India is now engaging through the K Wave competitions. India has emerged as the sixth-largest consumer of Korean content, which has seen a 360 per cent rise. A broad spectrum of viewers from 16 to 60 has reported saying they have emotionally connected to these serials and attributes of what these icons and stars stand for. There is a deep emotive link between these two cultures, from the distinct family hierarchy, they like us wear their emotions on their sleeves, the “saas bahu jhagdas”, community feel, seasonality of food and its celebration has connected”.

Shephali Bhatt, a tech and cultural reporter & co-founder of The Lachimolala Diaries says, “It’s no longer an alien world we're just getting to know anymore. It's our world now, it’s maybe fad for that outside but those in it know what it means to them. We are far more invested in exploring than observing.”

"It is the truth, in the past year, I have found myself having more K-drama conversations than ever. No longer am I approached to share a nugget on what’s brewing in Bollywood, rather, it’s which drama are you watching? When is a new show or film of such and such actor out, their skincare routines to just raving about a drama moment, we all seemed to be part of parallel universe, Tracy Shilsi echoes my sentiments?

“It feels like you are part of a secret society, you are discussing shows which have entertained, bugged, and even healed you. The chats are not restricted to a few friends, but are mostly with strangers, on social media platforms, of different nationalities and age groups. We are talking in words, phrases in a completely different language and yet they get it, you get it and that’s what makes it so interesting and exciting as well through these shows I have personally learned so much about Korean culture and language,” she says.

In 2018, interviewing the cast of Kingdom the Korean Zombie thriller, I remember telling the lead actor Ju Ji Hoon about how Korean content was gathering a fan base in India, he seemed pleasantly surprised. In 2020, filmmaker Yeon Sang-Ho, who directed “Train To Busan” told me, “We are living in the era of K Content and K Cinema, being mainstream globally, of course, Parasite has played a major role in bringing the era. When the content of a country becomes popular around the world, it impacts and influences content in other countries and Korean content is playing that role.”

The proof lies in the numbers. In 2016, Netflix’s first original was Bong Joo-Ho’s Okja, in 2017 there were just two Korean shows “White Nights” and “Man to Man” starring Park Hae Jin along with a few movies. The streaming platform has seen a 370% increase in viewership in 2020 over 2019. The most popular K-titles in India were of course The King: Eternal Monarch, Kingdom (S2), It’s Okay to Not Be Okay and Start-up.

A Netflix spokesperson confirmed that the viewing of K content went up 4 times over in 2020 in comparison to 2019 in Asia. After English and local language content, Korean titles are some of the most viewed in India. The streaming giant has invested nearly 500 million USD in Korean content as well as entered into creative partnerships with some of the best producers in Korea including CJ ENM/Studio Dragon and JTBC.

My own playlist which featured English and American had been replaced by soundtracks of Korean dramas which feature singles by K Pop star Baekhyun, Chen. K POP Group BTS’s global domination, ideology, and its growing army have held sway over international charts followed by the girl band Blackpink. From January- March 2021, K-pop as a genre clocked in over 9.5 M streams, overall, according to a spokesperson at Jio Savan.

South Korea is the aspirational destination, experiencing the many sights and sounds of its rich landscape brought alive in the dramas, Seoul To Busan, A getaway to Jeju Island, a visit to Seoraksan National Park, guzzling Soju, Korean draft beer, and eating Ramen and fried chicken feature on everyone’s bucket list. Korean English which is the newly adopted lingo. Korean words like Eonnie (Sister) Oppa (Older Man) Aigoo (Oh Gosh) Daebak (Awesome), Kamsahmnida (Thank You) Annyeonghaseyo (Hello) Saranghae (I Love you), have made their way into daily conversations.

In 2007, we had a concentrated few who wanted to learn the language for employability opportunities, but over the years the numbers have grown exponentially, people want to learn to know what their idols are singing or saying whether it's drama or K pop. There are plans to include the Korean language in the school curriculum in the National Education Policy,’ says Rathi Jafer.

As the Indian and South Korean love affair gains momentum, K pop, K beauty K food competition become regular fare, there are also plans to curate special tour packages for Indian tourists when travel opens up. So, in the meanwhile, bask in the vast world of K dramas and for those who haven’t as yet, it’s never too late.

(The author is executive editor LifeStyle & Entertainment, Good Times, A K-drama addict who lives for coffee and dogs)