Sylvester Stallone On His Character In 'The Suicide Squad': You Have A Great Deal Of Sympathy For Him

Actor Sylvester Stallone spoke about his role in the recently released film ‘The Suicide Squad’, and explained why he could sympathise with his character, King Shark. 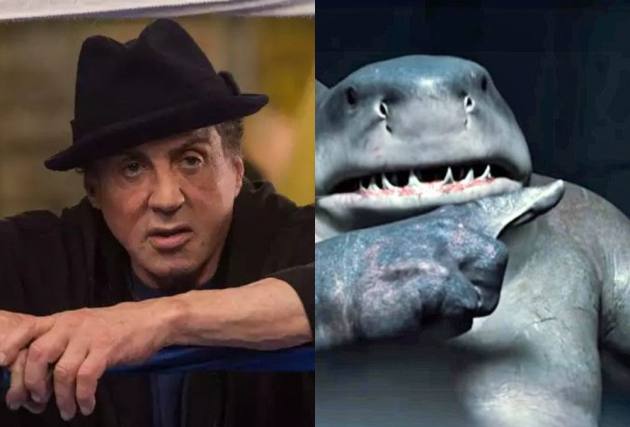 Actor Sylvester Stallone’s performance as the popular character King Shark in the recently released film ‘The Suicide Squad’ has been earning rave reviews. In an interview transcript provided by the studio, Stallone felt a “great deal of sympathy” for his character.

“He had the intelligence to know that no one liked him. He was ugly and completely rejected. And he had a bad habit of eating people. So I thought, he kind of has a nobility among all his defects. But, the one thing that I think the audience is going to like is that he’s dying for companionship. He’s reaching out to people and he’s constantly being rejected, so you have a great deal of sympathy for him,” he said, and added “as well as comedic interest”.

The film’s director James Gunn wrote the character keeping Stallone in mind. The 75-year-old actor feels Gunn’s s directing sensibilities are uniquely funny and empathetic, which is what draws the Oscar-winning actor to his projects.

“Well, every now and then you find a rare combination. He’s a man that’s completely connected to his material. They’re interchangeable. He doesn’t have to go, ‘Oh shoot, I have to learn about this genre, I don’t know what this filmmaking style is.’ He has matched perfectly with the genre. He brings the heart like no other. And he hires impeccable actors. In this one, everyone in the cast could hold a film on their own, so you’re seeing subtle emotions and bonds amongst almost all the characters, and that gives it such a leg up on regular action films,” he said.

“Every character has a unique voice. I mean the actual sound of their voice, the timber, their natural speech patterns. So you couldn’t come in there with something bland, you had to create something that was as interesting as the sounds those characters make. Every one of them. There’s a Cockney, there’s an Australian. You have all these strange, unusual voices that work well together, but they all have a different sound,” he added.

Stallone’s character of Shark King is a popular character, in the DC Comics.

“I wanted to come up with something a little punchy, that kind of a thing. But punchy with menace. I really enjoyed it. You can cut loose with your voice in a way you can’t with pure physicality. Because they’d have you arrested, think you’re having a fit,” he quipped.

Speaking of physicality, despite the fact that his character is also involved in all these big fights and action sequences, it “was strange” shooting for them for Stallone, since in this case he was only lending his voice to the character, as opposed to performing physical stunts, something that he has done in plenty of his previous films.

“It’s unusual to not be involved in the physicality of a role,” he signed off.