With NFTs, celebrities and artists are making foray into a new realm of crypto-elitism where they are able to control both the narrative and distribution. While this opens a whole new chapter in the history of art, its true potential is yet to unfold. 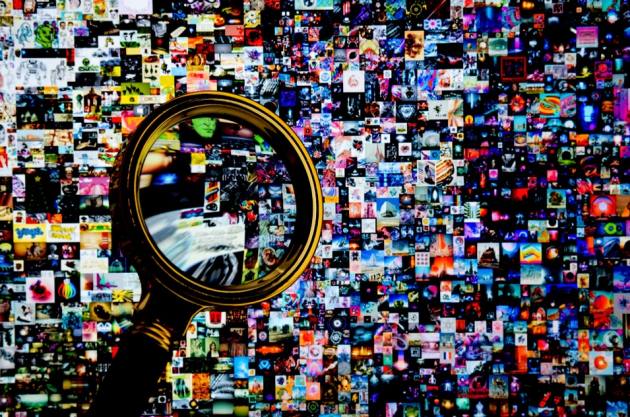 Remember the Bison on the cave walls of Altamira in Spain? A caveman’s abstraction of his day’s catch – etched on stone walls some 36,000 years ago. The instinct to pursue permanence is innately human; and not much has changed since then. We create art partially for that reason. A thought, a moment, an inspiration – immortalized. Something that outlasts us.

A compelling need for self expression – once motivated the caveman to create. The cave man’s Bison has outlived the cave man. Cut to present. Thousands of years later, the driving force for seeking appreciation continues to be a human need.

For the digital native, seizing self-proclaimed glory is not a problem. He is empowered with a million ways to say it and show it. Creating something of value in the cyber-world is not a difficult task either. Nor is adding value to it.

Crypto-currency has spurned a whole new possibility for trade and transaction. And now Non Fungible Tokens (NFT) has created a new way to live – a passion to pursue, create, mint.

A fresh subtext – waiting to burst into the front rungs of the digital milieu. A unique piece if digital creation becomes worth thousands of dollars. A GIF, A song, a picture anything can become a token and sometimes a token worth a treasure.

It is a great day to be a digital artist. For the technophobe artist, now is the time to get intimate with tech and jump into the void.

NFT will definitely enter the history of art as a bonafide signature of our times. Creating value for one’s work, putting a price to one’s painting and to be able to sell one’s work well has been a problem for the introverted creative. But, the anonymity of the digital world, the low entry barriers have solved some of that.

If your work is original and catches someone’s eye you can mint millions in minutes – that’s now NFTs could be explained for the curious.

Michael Lennix explains, “NFTs give artists, creators, personalities and celebrities another revenue stream. Here, they control the narrative and distribution. It allows celebrities and internet personalities to add to their persona and crypto chic and in turn, yield major impressions for projects for creators. Sure, crypto-programmers and pop culture stars are strange bedfellows, but this Futurism will bring new alliances!” Michael Lennicx is the artist behind the gamified NFT project, Pinazza.

Celebrities latched onto the idea of NFT a long while ago and were partially responsible for generating a fan-following of the genre.

Paris Hilton's drawing of her cat was sold for $17,000 as an Ethereum NFT. Only months ago, in April the financial world sat up and took notice of the NFT when a single token by artist Mike Winkelmann titled – ‘Everydays: The First 5000 Days’ sold for more than $69 million in early April this year.

This was also when the world sat up and took notice at the exponential wealth opportunity of NFTs.

There are over a dozen celebrities who have now created their bespoke NFTs in the blockchain world. Sunny Leone from India was the latest entrant.
Some other celebrities who have made foray into the NFT world are Snoop Dogg, Lindsay Lohan, William Shatner, Daniel Hirst among several others.

Daniel Liu, CEO and Co-Founder of INFLUXO explains, "The emergence of NFTs is just a representation of the human shift to an electronic and digitalized world. It's an undeniable trend that most of our activities and interaction will move into the digital world. So, if we look at NFT in this way, the history of NFT goes back not only to crypto kitties in 2017.

Bitcoin in 2008/09 may be considered the first applicable famous example of an NFT. It solves the problem of digital spending. The property rights of a digital item will be unique and established, and nobody can fake that.

A secondary benefit about NFTs is you can pass a royalty so that the artist makes money on every consecutive sale. Artists and celebrities are always avant-garde-ish and experiment their ideas with NFTs. People can copy the art with the help of modern technology. Still, you can't copy the signatures, the origin, and ownership of ideas, which surely has value to collectors and fans.”

A lot around NFT is in the realms of experimentation. Despite their virtual existence, they are likely to be around for a while. Ronaldinho, twice titled ‘FIFA Player Of The Year’ has this to say about NFTs.

"Just like my off-pitch career, I believe that NFTs, tokens etc are still at an early development stage and they will not only grow, but also include new features and applications in the future. Technology has changed our lives in almost every segment and NFTs have demonstrated that they are here to stay and will also become an important element in this collectors’ industry. Sports clubs and sports personalities have always been at the forefront of the new concepts and technologies and it is no different with NFTs. There is a great fit between both NFTs and sports and they certainly add a lot of value for each other." Ronaldinho collaborates with INFLUXO for an INFLUXOxRonaldinho Collection.

Will the NFT have the permanence of the caveman’s Bison in the blockchain planet? Or will it be erased by another breakthrough token invasion? What will the digital native next ‘mint’? That remains, a million Bitcoin question.