The third season of 'Sex Education' is bold, and addresses many other issues than a bunch of teenagers grappling with issues as they go through puberty. Not that it isn’t important or ignored in the show at all! 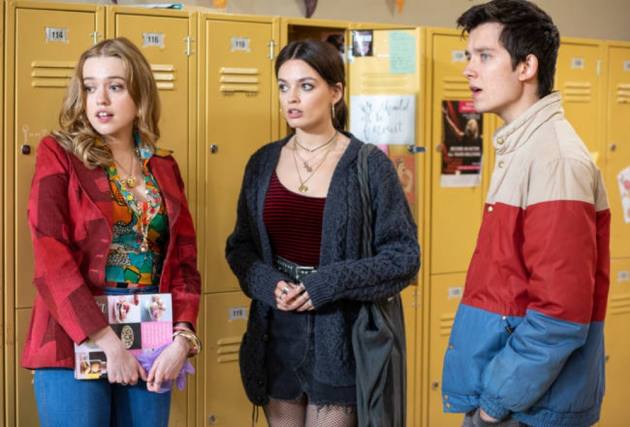 If the first two seasons of Netflix’s ‘Sex Education’ were about teenagers exploring their sexuality as they go through puberty, the third season was them finding their voice against a newly-appointed authority preaching ‘abstinence’, navigating through a sea of emotions, experiencing what it is like to be an adult –grappling issues in their personal lives and adjusting to the ever-changing, often-brutal world.

Gillion Anderson’s Dr. Jean Milburne tells her son Otis Milburne (Asa Butterfield) that he is a “young adult” after she overhears a conversation between him and his newly appointed headteacher, and is pleasantly surprised how he “navigated the conversation beautifully”.

The third season takes us back to the British town of Moordale, and Moordale Secondary School, which has now become infamous in the UK as the ‘Sex School’, thanks to the sex-clinic started off by Otis and Maeve Wiley (Emma McKay) in the first season, and the chlamydia outbreak in the second season.

The authorities decide to take steps to outgrow the image and appoint the headteacher Hope Haddon (Jemima Kirke), a former student of the same school, who believes in making school a “scary place” in order to make them “ready for a future in the outside world”, which according to Hope is merciless and unforgiving.

The Jack Black starring film ‘School Of Rock’ had a very famous phrase – ‘Sticking It To The Man'—which is what sort of happens in the third season as well. As the school authorities double down in dealing with issues related to exploring sexuality and more importantly identity, with “silence and shame, rather than dealing with them in a patient and an empathetic way”, the students, find ways to rebel and keep exploring their identity, and other things related to that as they slowly start becoming adults.

“It might surprise you, but I don’t think everything comes back to sex,” Dr Milburne tells the former headmaster of the school. Her thoughts perfectly summarise the third season, in a way that despite the fact that every episode, involves physical intimacy in one way or another, the freedom to be able to do that is what is far more important. The show’s creators get complete credit for dealing with such issues, which are often complicated because of taboo created around them, with a lot of sensitivity, understanding and of course, humour.

It is worthy to note that the humour in the show is more as a result of school kids being confused, as they explore the highs and lows of a relationship, and doesn’t poke fun at their confused choices, at all. Vulnerability and facing consequences, is something that every human being deals with, on a daily basis. The third season, in a beautiful way, showcases the residents of Moordale, including the kids, not only understand it but accept that change is a part of life.