Home  »  Website  »  Arts & Entertainment  »  Satyarth Nayak On His Book, ‘The Eternal Screen Goddess’, A Novel Based On The Legendary Actress, Sridevi

Satyarth Nayak On His Book, ‘The Eternal Screen Goddess’, A Novel Based On The Legendary Actress, Sridevi

In conversation with Satyarth Nayak, the author of 'The Eternal Screen Goddess’, a novel based on the legendary actress, the late Sridev. 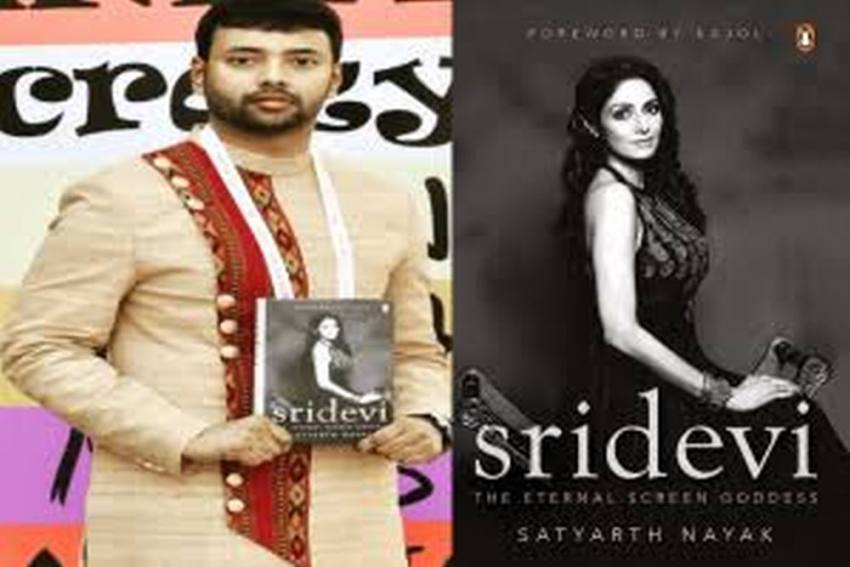 Lachmi Deb Roy December 23, 2019 00:00 IST Satyarth Nayak On His Book, ‘The Eternal Screen Goddess’, A Novel Based On The Legendary Actress, Sridevi 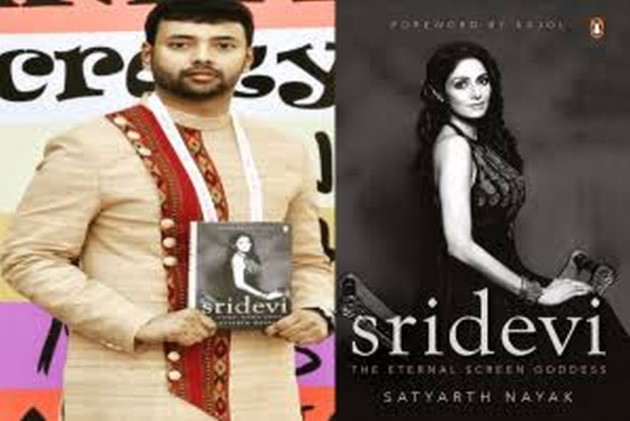 Sridevi was the first pan-Indian female superstar in an era which literally offered actresses crumbs. Starting her filmy career with the camera when she was just four,she conquered Tamil, Telugu, Malayalam and Kannada industries. With Himmatwala in 1983, she became one of the most iconic actresses of Hindi film industry. Outlook spoke to Satyarth Nayak on his book 'The Eternal Screen Goddess’, a novel based on Sridevi. Excerpts:

1: What made you write a book on late Sridevi?

I have been an ardent admirer of Sridevi and I had always been appalled by the fact that there was no elaborate book celebrating her prolific career. Hailed as India’s First Female Superstar, she not only remains the longest running No.1 actress in Hindi Cinema but she’s the only actress who was No.1 in Hindi, Tamil and Telugu cinema. Such was her stardom that she towered above her male co-stars and became the ‘hero’ of her films. She is also the only heroine who made a triumphant comeback post her marriage, thus shattering Bollywood rules, just as she had challenged industry patriarchy throughout her career. Her legacy spans fifty years and five languages and yet there was no book chronicling these legendary achievements of her. I guess Sridevi’s massive body of work was intimidating for most writers and I glad my book got to celebrate the female megastar. While the initial idea of this book had been discussed with her and Boney sir, post her untimely demise, it’s now taken the shape and form of a tribute to her inspiring cinematic journey. I am grateful to both Boney sir and Penguin for turning my vision into reality.

2: What kind of research did you delve into for the book - was most of it firsthand information which came from family and friends?

My research for this book was two-pronged. A lot of it came as first-hand information from Sridevi’s family, friends and colleagues. I met most of her co-stars and filmmakers that she had worked with in Mumbai and down south and they have all shared wonderful and heartfelt inputs. Some of them even got emotional while recounting her memories. It was wonderful to see the kind of equity Sridevi had in all these industries and the affection her name stirred in all of them. If her seniors and contemporaries spoke of her with love and emotion, the younger generation had nothing but admiration and awe for the sheer cinematic legend that she will always be. Besides these interviews, my other big resource was a stack of film magazines from the 80s and 90s that form a part of my personal collection. They are filled with interviews of Sridevi through various stages of her career. In her absence, those quotes have become her voice in my book. When you will read those, you will get glimpses of both the person and the performer that she was. Those were my main research components and my own narrative becomes the glue that holds it all together.

3: The audience mostly knows Sridevi after she became a top star, but she has been acting since she was four - does you book talk about her entire acting career?

Yes it does. That’s one of the strengths of my book. I was quite clear from the beginning that this book would not just celebrate Sridevi’s glorious Bollywood innings but start right from the beginning when she first faced the camera at the age of four. The book delves in detail about her prolific work as an acclaimed child actor who then graduated to becoming the top actress in Tamil, Telugu, Malayalam and Kannada cinema. She has not only worked with the best of filmmakers down south but has also been the leading lady of the biggest heroes like Kamal Haasan, Rajinikanth, NTR, ANR, Chiranjeevi and Nagarjuna etc. Some of her greatest performances have come from the south and my book documents that with care. She remains one of the few artistes who acted opposite a hero both as a child star and later as his heroine. With ANR, she not only acted as a child star and his heroine but also went on to act as his son, Nagarjuna’s heroine. Such a career arc is impossible to find anywhere in world cinema. It’s because she had such solid grounding in southern films that she went on conquer Bollywood with her art.

4: Did you manage to record Sridevi's life as a wife, mother, daughter or was it mostly her life as a star?

While the book is primarily about Sridevi’s cinematic journey from child star to megastar, it does give glimpses of the person that she was since you cannot separate the two. You will get glimpses of her affection for her parents and her sister. You will see the pain she went through when her father suddenly passed away. You will witness her sheer helplessness when her mother underwent a botched up surgery in New York. You will read about her bliss as wife to Boney Kapoor and as mother to Janhvi and Khushi. You will also see the person behind the performer at various crucial stages of her life. Sridevi was always a very private person and my book respects that. It gives you a peek into her various facets but never intrudes beyond a point. I am sure that’s how Sridevi would have liked it.