The makers confirmed that Radhe: Your Most Wanted Bhai will be the first Indian film to simultaneously release on multiple platforms. 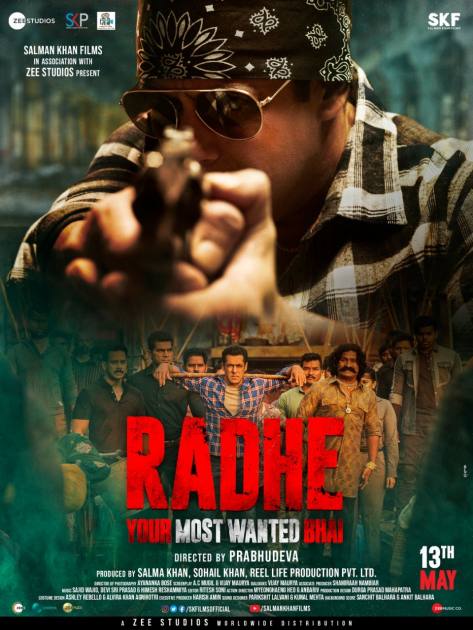 Salman Khan's much-awaited film 'Radhe: Your Most Wanted Bhai's trailer has been released. It is an action-packed movie directed by Prabhu Deva, featuring Disha Patani, Jackie Shroff, and Randeep Hooda.

The makers confirmed that Radhe: Your Most Wanted Bhai will be the first Indian film to simultaneously release on multiple platforms. Radhe will hit theatres on May 13 and will also be released on ZEE5’s pay-per-view platform, ZEEPlex.

Ahead of the trailer release, Salman shared a brand new poster of the movie.

The poster is very reminiscent of the 2009 movie Wanted, which was also directed by Prabhu Deva.