Ranjan Kumar, a 44-year-old violinist hailing from Kotwa block in East Champaran district, had received a telephone call from the PMO informing him that he had been chosen for performing at a high-profile event, which would be attended by the prime minister. 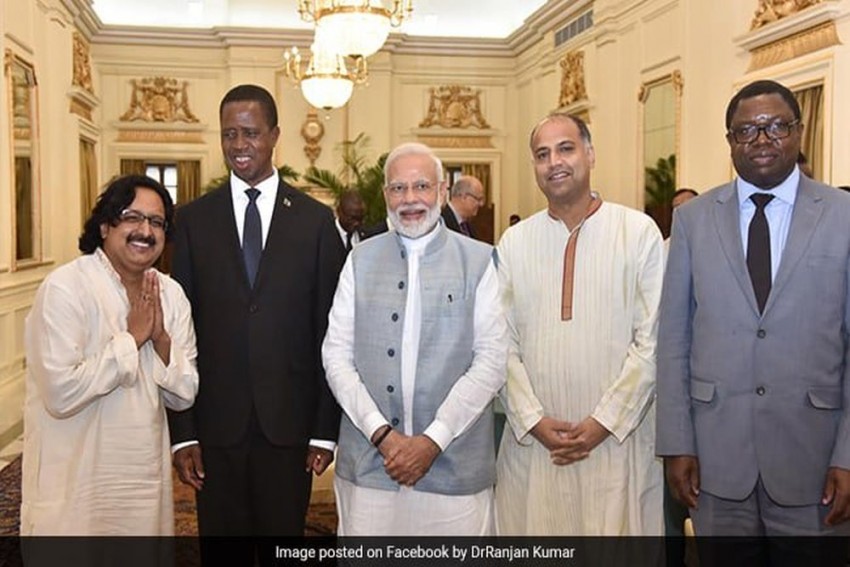 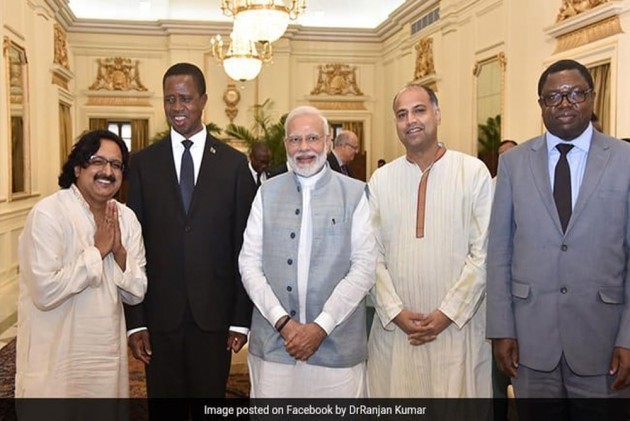 A young musician from Bihar's East Champaran district was overwhelmed on finding that Prime Minister Narendra Modi has an "extraordinary" sensitivity and knowledge about music.

Ranjan Kumar, a 44-year-old violinist hailing from Kotwa block in the district, had received a telephone call from PMO informing him that he had been chosen for performing at a high-profile event, which would be attended by the prime minister.

On August 21, Kumar found himself performing at the Hyderabad House, where PM Modi hosted a luncheon for visiting Zambian President Edgar Chagwa Lungu.

After the concert was over, Kumar said, he returned home full of admiration for the PM's "extraordinary sensitivity and knowledge about music".

"When I received the call from the PMO, I was told among other things that people from the ICCR would be in touch with me in the run up to the event and that I must ensure that the performance was of good quality as the prime ministers knowledge and appreciation for music were above average," Kumar told PTI over phone.

On the D-day, when PM Modi accompanied the Zambian president to the concert hall, the violonist was struck by the prime minister's gesture as he breached protocol, came to the dais and greeted the musician and accompanying tabla player, said Kumar whose teacher the late TM Patnaik was a direct disciple of the legendary D V Naidu.

"I had by then realised that the prime minister had a special place in his heart for music and musicians. But more wonders were to come my way. Our performance lasted for more than an hour. Among other things, we played the Zambian gospel music and the visitors were obviously moved," he recalled.

The rendition, which was devotional in nature albeit belonging to a different tradition, was greatly enjoyed by Modi, Kumar said.

"He was in his elements when we moved on to bhajans like 'Vaishnava Jana To Tene Kahiye' and 'Payo Ji Maine Ram Ratan Dhan Payo'," said Kumar who has mastered the instrument in both Hindustani classical and Carnatic schools.

Noting that he saw the prime minister explaining the meanings of the lyrics to the Zambian president, the musician said, "All through, his hands and fingers kept moving perfectly in sync with the rhythm of our rendition.

"And I cannot forget his appreciation whenever we made any improvisations. So rapt was his attention to details," exclaimed the violinist.

"After we were through, the prime minister who had demonstrated earlier that he was no stickler for protocol again came to us and showered praises on me for my performance. I was overwhelmed with emotion and bent to touch his feet. But he caught hold of me and gave me a hug," he recalled.

When the MoS for PMO Jitendra Singh, complimented the violinist for the performance, he said, "I shared with him my sense of wonder over the prime minister delving into music on an occasion when many political and diplomatic issues must have been weighing down on his mind."

The musician, however, rued that the government of his home state of Bihar has shown scant appreciation for art.

"Only recently I was invited to Bishnupur in West Bengal and the people there were fondly recalling that the classical music gharana that named after the town had links with Bettiah (West Champaran)," he said.

The violonist lamented that he had not received any invitation from the Bihar government till date to perform at a function in the state.

"Whenever I get a chance to play in Bihar, which has few violinists, it has been at events organised privately, like a recent concert in the memory of legendary Dhrupad singer Siyaram Tiwari, which was an initiative of his daughter," Kumar said.