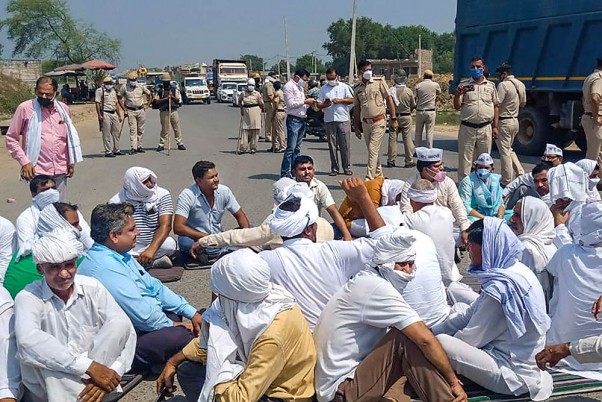 Around 150-200 farmers gathered there and halted the shooting of the film, Inspector Harmanpreet Singh, Julkan police station, Patiala, said over the phone.

The protesters allegedly said they will not allow the shooting to continue as none from the actor's family spoke in favour of the farmers.

The incident occurred on Friday when the film's shooting was taking place at a house in Mehon village near Devigarh in Patiala district, police added.

The police official said Bobby Deol was not present during the time of the incident.

Shooting of the film was disrupted twice in Patiala and one-time in Fatehgarh Sahib district last month.

Farmers had insisted that actor Janhvi Kapoor should make a statement in support of farmers who are agitating against the Centre's three new farm laws.

Thousands of farmers have been protesting at Delhi's borders with Haryana and Uttar Pradesh demanding the rollback of the Farmers' Produce Trade and Commerce (Promotion and Facilitation) Act, 2020, the Farmers (Empowerment and Protection) Agreement on Price Assurance and Farm Services Act, 2020 and the Essential Commodities (Amendment) Act, 2020.