Nicole Kidman: Right Now, There Isn't The Voracious Appetite For Film As There Is For TV

Oscar-winning actor Nicole Kidman finds it “exciting” to work on the small screen which according to her allows an actor more time with their characters. 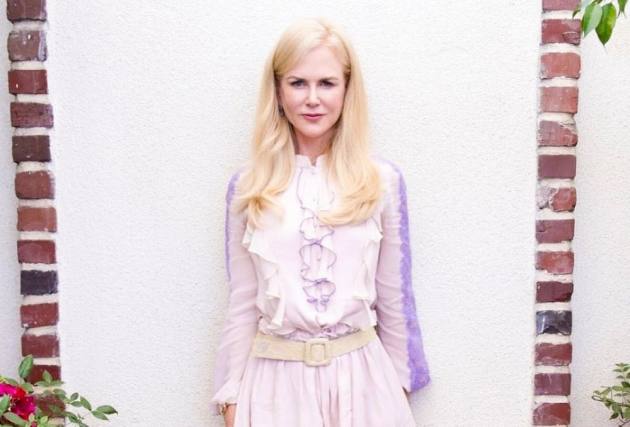 As someone who started her acting career with the miniseries format, Hollywood star Nicole Kidman says she is amazed to see her career do a full-circle thanks to the popularity of her recent limited shows such as ‘Big Little Lies’, ‘The Undoing’ and now ‘Nine Perfect Strangers’.

The Oscar winner says it has been exciting to work on the small screen which has allowed her more screen time to explore her characters.

"I'm amazed because, strangely enough, I started off in Australia, doing a couple of films but then I did a thing, which was very well known at the time as miniseries. One of them was called 'Vietnam' and the other one was called 'The Bangkok Hilton'. So to have come full circle... And now we are doing an enormous amount of work in limited series. This is fascinating to me. It is a fascinating medium to work as an actor because you get so much more screen time to explore a character," Kidman said.

One of the most well-known faces in Hollywood movies, Kidman has been a part of some of the most popular as well as critically-acclaimed films such as ‘The Hours’, ‘Eyes Wide Shut’, ‘Moulin Rouge!’, ‘Dogville’, ‘Cold Mountain’, ‘Bewitched’, ‘Lion, ‘Beguiled’ and ‘Aquaman’. But in recent years, the 54-year-old Australian actor has wowed her fans with her turns as Celeste Wright, a retired lawyer and mother whose seemingly picture-perfect life slowly unravels in ‘Big Little Lies’.

Kidman said the success of the format has been a "door opener" for her.

"Right now as we know, there just isn't the voracious appetite for film as there is for television. So, to have that opportunity to work on even though it's the smaller screen but still bring that cinematic language, and hopefully storytelling to the smaller screen, that's exciting. And it's been a door opener for me, actually," she said.

Kidman plays the mysterious director of a boutique health and wellness resort that promises healing and transformation and hosts nine stressed city dwellers trying to get on a path to a better way of living.

The actor said the show gave her the chance to explore some of the big philosophical and existential questions as these characters seek reinvention and healing.

"... those things are really interesting to me. And when you see all eight episodes, I think they're quite deep philosophical questions, which I know David E Kelly is very interested in," she added.