Famous singer and ‘Prince of Bhangra’ Sukhbir Singh is back with his latest track titled ’Nachdi’.

If you have ever attended an Indian wedding then you know how important it is to have Sukhbir Singh's song in every event. All the songs composed by the iconic singer have a signature vogue and super-catchy rhythm that pulls you out of your chair and onto the dancefloor. The singer has been ruling the music industry for a while now. After a long break, famous singer and ‘Prince of Bhangra’ Sukhbir Singh is back with his latest track titled ’Nachdi’.

A highlight of the song is its music video options which featured six dancers from six completely different countries. Along with Sukhbir’s vocals, Nachdi features a rap breakdown by singer and composer Arjun.

Outlook’s Eshita Bhargava recently caught up with the star and spoke about his new song, journey, being stereotyped, and much more.

How has your journey been? Did you ever think 'Sukhbir' would be as big as he is when you recorded your first song?

Never imagined in my wildest dream that the brand ‘Sukhbir’ will be so big. I just made music and when the songs became successful it was a big surprise.

How does it feel to see people still grooving to your song ‘Ishq’?

This is a bigger surprise that the song can still make people dance after almost two decades of release. Never in my wildest dream did I think that a song could last that long. 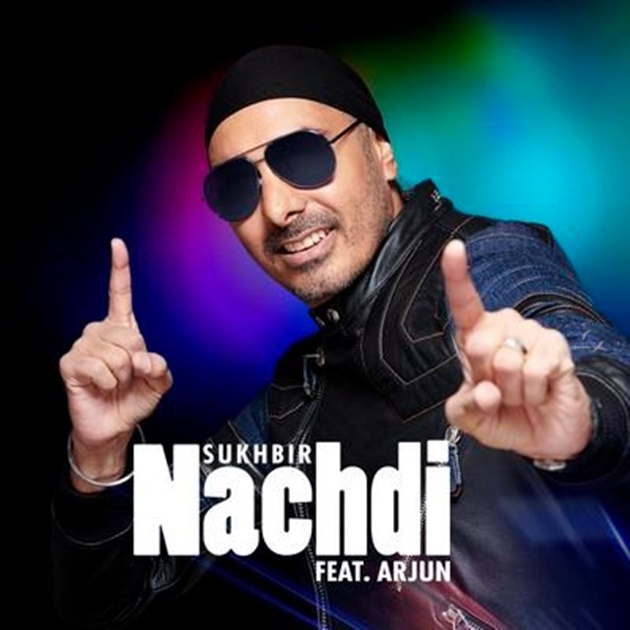 How did Nachdi (remix) happen?

‘Nachdi’ was a song in my very first album that didn’t see the light of the day because back in the day, the record label decided on one song for the album. My choice was ‘Nachdi’ and the label chose ‘Punjabi Munde’. I had then thought of remaking ‘Nachdi’ one day and it happened.

You are called ‘Prince Of Bhangra’. Tell us something about that.

This is the title of the greatest hit collection of my songs and that name got stuck to me.

Did you ever feel that you have been stereotyped?

Yes, as humans we have a habit of stereotyping people, genres. I have been stereotyped and people think that my song will be of a certain kind. But this is going to change dramatically with my next release.

Yes, my next release is another Bollywood film. I can’t talk about it but it will be out in March or early April. It’s not in a genre that people have heard my previous songs in. It will be a romantic heartbreak song.

How did you keep yourself interested in Punjabi music (given the fact that you stay in Kenya)?

We were attuned to it. We had radio stations that played UK Punjabi music, at home, we spoke Punjabi. Having said that, I was exposed to a lot of other genres in Kenya like Bob Marley, African local bands, Reggae, UK pop music and Bollywood was a big influence.

Are your parents supportive of your work?

Yes, they are very supportive. My mother was not very supportive initially as she didn’t see any future in music. But when she saw the success of my songs, performance, then she also supported me.

Out of all your songs which one makes you smile the most when you hear it and why?

‘Sauda Khara Khara’- My dad wrote this song for me and it holds a very special place in my heart.

What keeps you inspired? Who is your favourite singer?

The music itself is a big inspiration. Diljit Dosanjh is my favourite. Guru Randhawa, Jaani, Hardy Sandhu, B Praak are amazing. In Bollywood, Sonu Nigam is a versatile singer – I am a big fan of his music.

When should we expect your new song?

It’s a slow, romantic, love/heartbreak song for a Bollywood movie. I am very excited about it.

Was there a time in your life when you decided to give up? What kept you going?

I have been making music for a very long time – probably long before I thought of releasing it. Music has been my passion and we never give up on passion. So, I never reached a stage where I felt like giving up on music and there will never be a day where I’ll think about giving up. It comes naturally, from deep within when I am creating songs. I do it for myself and not just for money.

A message for your fans.

The only message I can give is – A very big THANK YOU. Your love and support have spanned for over two decades and that means a lot. It is because of that pure love and support that I keep on making music for you all. Please keep supporting and loving me.