Lockdowns Have Taught Me Not To Waste Food: Actor Mukul Chadda

Actor Mukul Chadda tells how the pandemic has been difficult for actors with many actors not having income for months. 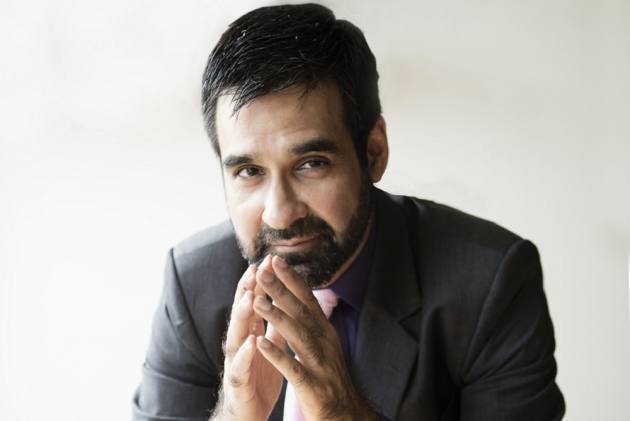 Actor Mukul Chadda, who was seen in the crime comedy series ‘Sunflower’ and Vidya Balan-starrer film ‘Sherni’ tells Outlook’s Lachmi Deb Roy about his experience of working with Vidya Balan and Amit Masurkar, his future projects, the difficult times during the pandemic and how it has taught him not to waste food. He feels that even though the pandemic has been tough, it has also highlighted how fortunate some of us are that even if we don’t have work for a few months, we still are able to survive and put food on the table. Excerpts

Working with Vidya Balan and Amit Masurkar in ‘Sherni’

In Sherni, I play Vidya Balan’s husband’s character - Pawan, who works in a corporate - an FMCG firm. It is very different from a lot of films we normally see. But then all of Amit Masurkar’s films are very different. He takes on some very interesting topics and explores them in a very unique way. One of the biggest strengths Vidya has, apart from the fact that she’s a fantastic actor, is that she’s also a wonderful person who makes it easy for people to feel comfortable around her. I never felt wary that I was in the presence of a star. Working on a scene with her felt like any other experience with a supportive co- actor. So that’s a great quality that she has.

Playing the role of Dr Ahuja in Sunflower

I play a character called Dr Ahuja, who lives in the Sunflower housing society. He has a very short temper and he’s quick to get into an argument with his neighbours over the pettiest of issues. It was an incredibly fun character for me to play. I loved playing this character of Dr Ahuja because it’s a clear departure from the roles that I have played so far.

The film project that I have already shot for is ‘Fairy Folk’. It’s an independent film, quite different thematically and also in the way it was made. It is directed by Karan Gour. While the basic narrative structure was written out, all the dialogues and moments within a scene were improvised and created by the actors. Hence, we had to shoot the film linearly, Scene 1 followed by Scene 2, followed by Scene 3 etc. It will probably be released sometime next year. Apart from that, there are a few projects that are at a very initial stage.

Is OTT the future of entertainment?

I am not going to make any predictions for the future because forecasting is a mug’s game. But yes, I think OTT platforms have revolutionised not just how we consume content, but also the kind of content that we see. And that’s all been enabled by technology. Earlier you would watch a movie in a theatre which had to be between 90 and 180 minutes. Or watch television serials, each episode of which had to have a fixed time span and was screened during a fixed time slot. OTT content, because it’s on-demand, and because it’s on the internet, brings to you what you want to see and when you feel like seeing it. You can watch it in parts or binge on an entire series in one go. What is revolutionary is not just the fact that you can sit in your drawing room and watch shows, but that you get different kinds of stories of varying lengths to watch. That’s been the real change. You can have episodes that could be as short as 15 minutes or as long as an hour plus. You can have a miniseries of four to five episodes or you could have shows that span across multiple seasons. So many different kinds of stories can be told now. Stories that don’t have to be modified to fit a specific time slot.

This has also created more interesting characters with much longer narrative arcs, which has been a boon for actors. Now stories don’t revolve around one or two protagonists anymore. There are multiple threads that have scope to develop. All that makes it very interesting. But let’s see how this medium develops from here.

During the first lockdown when I had to learn to cook for myself, I realised how difficult it was. The kind of effort that it took to generate one meal for myself made me very conscious of not wasting food at all. And I think that has stayed with me, because I find it very difficult now to waste even a morsel of food. So that in a way is the one change I have noticed in myself.

What are the lifestyle changes that you have made during the pandemic to bring down your expenses?

The pandemic has automatically changed our lifestyles in so many ways. Just by virtue of being socially distant, isolated, and housebound, we aren’t spending on a lot of things we normally might have done.

But it has also been a very tough time because many of us haven’t had an income for many months. That has been tough, but it has also highlighted how fortunate some of us are that even if we don’t have work for a few months, we still are able to survive and put food on the table. A lot of other people aren’t as fortunate. This time has been a reminder to be kind and empathetic to those who don’t enjoy the privilege we do. As for the future, I am an optimist. I know that we are going through a very difficult time right now, but I do believe that there will come a time - I don't know how long it will take - when all this is behind us, and we will be able to meet and work as we did in the pre-pandemic world.

How has your journey been as an actor from a banker?

I was working in New York in an investment bank as a research analyst for a number of years before becoming an actor. I was very keen to quit and move back to India, but I didn’t know what exactly I wanted to do next. So, in the absence of clarity on what to do next, I quit my job, came back to India, and took a sabbatical while I figured out next steps. And in that break, I decided to do some theatre and some writing - because those were two things I was always passionate about. I had done a lot of theatre all through from school and college. Even in New York, a few of us had started an off-off Broadway theatre group that performed plays. I took classes at The Lee Strasberg Theatre & Film Institute on weekends. So, I started doing theatre in Mumbai, which was meant to be a sabbatical of a year. Which I kept extending to two, and three, and four years, because I was enjoying it so much. And before I realised it, I had become a full-time actor.

I would hope my understanding of money matters is a little better than the average individual, having studied finance and having worked in banking. But one doesn’t really have to study finance deeply to be able to manage one’s finances. All that is required is some basic financial education, which unfortunately isn’t taught to most people.