Kangana said that even after so many years since their 'break up', Hrithik has refused to move on and has not dated any woman. 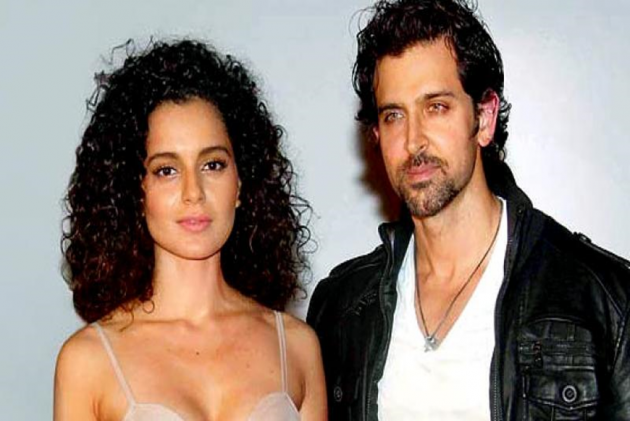 Bollywood actor Kangana Ranaut has reacted to the transfer of Hrithik Roshan’s FIR against her from Cyber Cell to the Crime Intelligence Unit. In a tweet, Kangana wrote that Hrithik should ‘move on’.

Kangana said that even after so many years since their “break up”, Hrithik has refused to move on and has not dated any woman. The Queen actor said the moment she begins to gather courage to find hope in her personal life, Hrithik “starts the same drama again.”

“His sob story starts again, so many years since our break up and his divorce but he refuses to move on, refuses to date any woman, just when I gather the courage to find some hope in my personal life he starts the same drama again, @iHrithik. Kab tak royega ek chote se affair keliye (When will you stop crying over a small affair)?” Kangana wrote in a tweet.

Hrithik Roshan’s lawyer Mahesh Jethmalani had recently written a letter to Mumbai Police Commissioner Param Bir Singh saying that there had been no progress in the case.

The police forensic expert was then unable to establish any facts about the email ID as it was located in the USA and submitted a NIL report in June 2017.

Hrithik and Kangana’s feud goes back years. In 2016, Hrithik filed a lawsuit against Kangana, asking her to apologise for damaging his reputation through the ‘silly ex’ statement and also clarify that she wasn’t referring to him as her ex. He threatened to sue her for defamation if she didn’t comply. Kangana responded with a legal notice, denying the charges and alleging criminal intimidation.

Before their relationship soured, Hrithik Roshan and Kangana Ranaut had worked together in Krrish 3 and Kites.