Could Relate To Character Of ‘Mimi’, She Is Every Girl Who Has A Dream: Kriti Sanon

In an exclusive interview with Outlook’s Eshita Bhargava, Kriti Sanon talks about gaining 15 kg weight to look pregnant, working with Pankaj Tripathi, her journey in Bollywood, and much more

Actor Kriti Sanon went the extra mile for her film Mimi. The Laxman Utekar directorial features the actor as a surrogate mother, who is left in a fix after the adoptive family refuses to take the baby. Also starring Pankaj Tripathi, Supriya Pathak, Manoj Pahwa, Sai Tamhankar, the film was scheduled to release on Jio Cinemas and Netflix on 30 July. However, the film’s makers have decided to release the film early. In an exclusive interview with Outlook’s Eshita Bhargava, Kriti tells her that to play the part, she had to gain 15 kilos, and she indulged in eating all kinds of food ‘that you are not allowed to eat. The actor added that she did not want to see food after seven days of her new diet.

Tell us something about your character? What makes you opt to become a surrogate mother?

Mimi is a girl from Mandawa who is a dancer and wants to become an actor. She is someone who talks to Ranveer Singh’s posters – She is a funky girl with big dreams. She is willing to take a risk and has guts – she gets an offer where she gets a lac rupee to become a surrogate mother and she agrees to it to fulfill her dreams. She thinks of it as a job that would end in nine months but it doesn’t end there. The foreign couple ends up not wanting the child and they ask her to abort. Mimi is any girl who believes in her dreams. People tell her that it’s a stupid dream, just like people told me when I entered the industry. She is a go-getter and I think everyone will be able to relate to her character.

You and Director Laxman Utekar were very clear about taking a realistic approach to the various stages of pregnancy. What was the process like? Did you gain weight? What was it like?

The film’s schedule was divided into two parts — first, where I was my normal self, and the second part, where I had to look pregnant. After completing my first schedule, I gained so much weight. Laxman sir suggested I put on weight as only then ‘the audience will connect to Mimi’. He didn’t want to use prosthetics. He was surprised to see what I did.

I was like ‘wow, that is called prep’. I then went on to eat everything that ‘you are told not to have. It was difficult for me because I have a good metabolism. I had to increase my appetite. From rasgulla, burger, KFC, chocolate shake, chips, fried food, I had all kinds of food on sets, while the team kept on feeding me more. After seven days, I did not want to see food. I wanted to go back to my ‘khichdi’. It was all worth it. I looked pregnant. But now when I had to lose weight, it’s another challenge cause my appetite has gone up. My body has started creating sugar as I was eating so much rich food. But now when I see the difference on screen, I am so glad we did it. I wanted to go all out with this character. 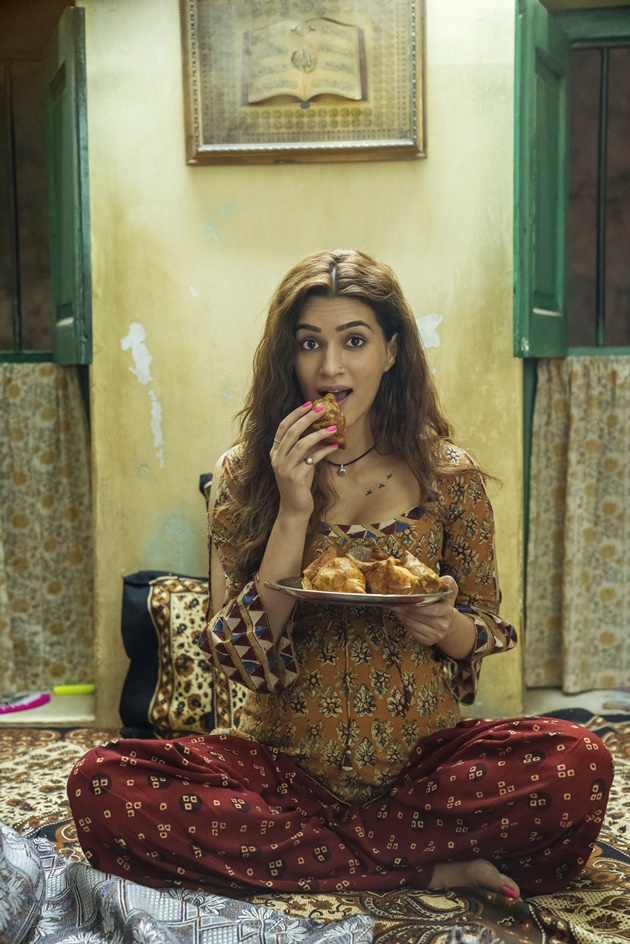 Is the film aiming at creating awareness around surrogacy or it’s just a fun watch?

To be honest, surrogacy is the backdrop of the film. It’s not an educating film. It’s based on true events and is inspired by a Marathi film called ‘Mala Aai Vhhaychy’. We have taken the idea from that and made it a lot more entertaining. The film has a bigger message at the end and it will leave you with a beautiful thought.

What made you say yes to Mimi?

The script was not written when I said yes, it was just an idea as they had acquired the rights of the Marathi film. I just heard a line of the story and I felt that gave me goosebumps. I was somewhere in my career where I was ready to take on a challenging project.

I was also wanting to find a meatier part and I wanted to film that had my heart in the right place and this one was exactly what I was looking for. I have given my all to it.

Any behind-the-scenes fun moments that we won’t be seeing in the film?

There are many… it was all fun on the sets. There was this scene where Shama (Sai) and Mimi (I) are there. Shama had to wake Mimi up who had just gotten pregnant. I wanted her to wake me up by pulling my feet – In the first schedule, she was easily able to do that, but in the second schedule where I had gained 15 kilos weight, she couldn’t and she fell. It was so funny. We had to do it multiple times because of my weight. 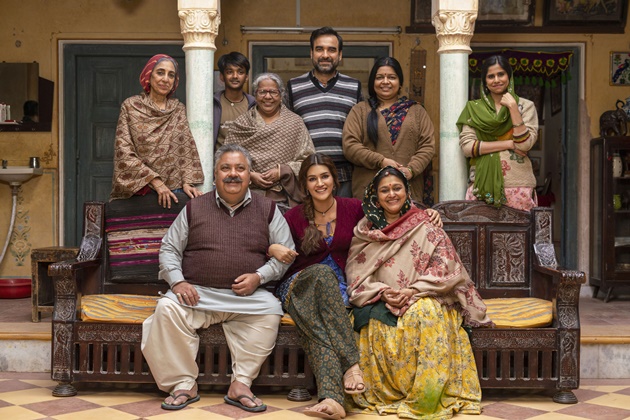 Looking back at your seven-year journey in Bollywood, does it feel like a dream?

You know when people tell me that I can’t do something, it motivates me. I do things better. In this film, my producer had kind of scared me in the beginning, saying you have to play a mother and it’s an emotion you haven’t experienced. I don’t know how you’re going to pull it off, he tried reverse psychology with me and that worked. This forced me to work harder and give my all. I believe in myself and have never let anyone change my decision.

In the beginning, when I started, there were a lot of people telling me that I can’t do it. There were questions like, ‘what if you won’t get a film?’ or ‘what if you won’t get your second film?’ but that probably made me achieve things. It was hard to make my place in the industry as I don’t come from a film background. It’s even harder to get a launch. However, I had this hunger to constantly keep learning. I have never been to any film schools or theatre workshops. I am critical of myself and constantly trying to be a better version of myself. It’s important to think of yourself as a beginner before every film and feel butterflies in your stomach—this helps in giving your best. I am trying to step out of my comfort zone with each film I am a part of.

Kriti, do you feel that OTT platforms are a game-changer and story-telling is evolving now?

You can do different kinds of things now with less fear. It’s easier to get experimental with the variety of content. The content has to be progressing and engaging for the audiences.