‘Hungama’ Changed My Life And Gave Me An Identity: Rajpal Yadav

In an exclusive conversation with Outlook’s Eshita Bhargava, Rajpal Naurang Yadav talks about his latest movie ‘Hungama 2’, his upcoming release ‘Bhool Bhulaiyaa 2’, journey in the industry, being a learner, and much more. 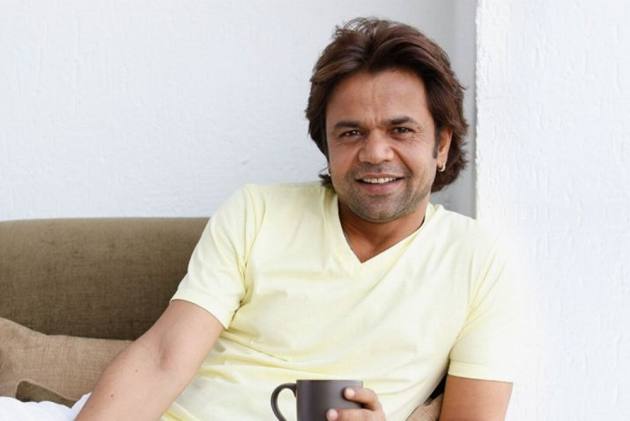 Anything actor Rajpal Naurang Yadav is in is bound to generate a conversation. With a repertoire that spans films like ‘Chup Chup Ke’, ‘Dhol’, ‘Phir Hera Pheri’, ‘Main, Meri Patni Aur Woh’, and recent releases like ‘Hungama 2’ and ‘Bhool Bhulaiyaa 2’, Rajpal has firmly established himself as a heavyweight comic actor.

He is or appears to be, bemused by the stratospheric levels of stardom and fandom he's achieved. His intense desire to act kept him on course until he broke into Bollywood's hallowed portals, or breached the glass ceiling, whichever analogy works best!

In an exclusive conversation with Outlook’s Eshita Bhargava, Rajpal Naurang Yadav talks about his latest movie ‘Hungama 2’, his upcoming release ‘Bhool Bhulaiyaa 2’, journey in the industry, being a learner, and much more.

What was the reason behind changing your name and adding your father's name after so many years?

On my 50th birthday on March 16, I decided to add my father’s first name to my name as a tribute. While talking to my wife about changing the name, I told her that for the past 50 years, I have lived my life on my terms. But now, I want to dedicate the rest of my life to my father.

Recently, I got a film ‘Father On Sale’ and that script inspired me and made me add my father’s name.

We'll be watching you soon in ‘Hungama 2’. Tell us something about your character, the film, and everything else.

‘Hungama’ changed my life – Iss film ne meri art ko aate se joda hai (this film gave helped me earn money). With ‘Jungle’, I was established as an actor, all thanks to Ram Gopal Verma Ji. However, with ‘Hungama’ I got respect, fame, name, and, of course, money. The character was loved by everyone. It gave me an identity. ‘Hungama 2’ is a new film with a new story and this is also the first time that Priyadarshan Ji has used the same title for any of his films. I hope this film will give some relief to the people struggling during the pandemic.

Then we'll be enjoying your performance in ‘Bhool Bhulaiyaa 2’. How was it shooting for it again? Give us some details.

We shot in Lucknow and it has a special place in my life. I started my acting career in Lucknow and it was all nostalgic. ‘Bhool Bhulaiyaa 2’ is going to be different. We have a new cast – Sanjay Mishra Ji, Kartik Aaryan, Tabu and when Anees Bazmee is the director, the film has to be good. ‘Bhool Bhulaiya’ got love but this one is also going to entertain people to another level. This time I am not scared of water, but my fear is new. The picture by Kartik shows that I am wearing a white costume and that has significance. Wait for the movie!

Is it even more challenging when you work on a sequel? People already have high expectations. And when it comes to you ... people wait for more.

There is nothing like better or worse, it has to be different from what you have already shown. I believe that in every film, every character is different, even if that’s a sequel – The character has to grow with time. We cannot change our faces, but we can change our mentality and that helps in working on a character.

It's been over two decades for you in the industry. Tell us something about your journey – from theatres to doing the small role and now being a star?

When I reached Lucknow, I used to consider myself a good actor. However, while introducing myself, people started starring at me and when I asked them… they told me that I should first learn to speak before acting. Then I started working on my diction for almost six months. I thank Lucknow for teaching me so much. Lucknow ki Shaam ne hame saam se shaam kehna sikhaya… (Lucknow helped me to work on my diction and pronunciation. I started saying ‘shaam’ (evening) instead of ‘saam’).

When I reached Mumbai, I had no idea about anything. I collected contacts of people to get some work. During one of the plays, a known person saw my work and asked to meet her. She gave me my first serial. I gave my first shot behind Yerawada Central Prison. And then there was no looking back…

Have you ever felt that you have not got your dues as an actor?

If you have a Godfather or not – it doesn’t matter in fields like sports and cinema. You have to prove yourself to get your next job. I can give someone their first break, but cannot make you an actor. Audiences give you marks and not Godfathers.

For me, I have just started my career, I have now learned the nuances of acting and there’s more to offer. I have some big plans. I have kind of become choosy now, I select my script and I am lucky to be doing that. It’s a big thing to make people laugh, and if I can do that -- I feel blessed.

What’s your creative process? How do you prepare for a role?

I become a seed and surrender myself in front of the character. I follow the entire germination process to become a flower. There can never be a formula – in one night things can change. If people are appreciating my work, I need to match their standards. For me acting is like salt – food is tasteless if that ingredient is missing. I need to give my 500 per cent to a character. I need to understand the director’s perception before understanding a role.

Tell us about some behind-the-scenes fun or something that we won't be seeing in ‘Hungama 2’.

I want Shilpa Shetty to make a comeback as an actor. It was such a nice experience working with her in ‘Hungama 2’. She is made us proud, but I would want to work more with her.

On the sets of ‘Hungama 2’, there was a gag where Meezan, me, and Shilpa had to perform. Shilpa with her creativity gave the scene a new angle. This film is going to stay in the heart of people.

You might also get to watch ‘Dhol 2’ – I was in love with the script when Priyadarshan Ji narrated it to me.

What is your take on the OTT release? Do you think it's a game-changer?

There’s so much of an option for the viewers. It is a blessing for cinema and it will earn so much now. Content is reaching every house, even those where there are no movie theatres. It can reach people in remote areas and that’s a big thing. There have been times when directors have to postpone the release because of the budget.

The creativity was sick for the last five years and there was no good content available. People could not sit with their families to enjoy films but now things are changing, story-telling is evolving. I am sure, even on OTT, people will be able to make 1000 crore films. Moreover, there is no piracy and you don’t have to depend on the distributors. It’s a golden period of cinema.

How do you deal with criticism?

I sit alone and think about it and then maybe work on it.

3 Words to describe you as a person off-screen?

If you cannot love yourself, no one will love you.

Is a show/movie closest to your heart?

Main, Meri Biwi Aur Who, Bhopal: A Prayer for Rain. Also, another dream movie will soon be announced.