Actor Gautam Rode’s recent music video ‘Sun Le Zara’ with his wife, actress Pankhuri Awasthy, has been trending on social media a lot. In a short conversation with Outlook, Rode talks about the entire experience of working with his better half – on sets and at home. 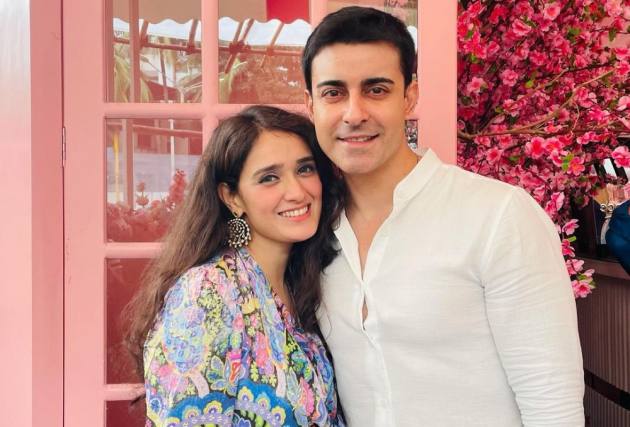 Actor Gautam Rode has been a hugely popular name. From TV to films and now OTT, he has dabbled in almost every medium. He has been in the industry for almost two decades now, and yet there are things that he keeps doing to reinvent himself. Among the new things is working with his wife, actress Pankhuri Awasthy, for the first time.

The couple came up with a music video ‘Sun Le Zara’ which went viral on social media and people are loving their onscreen chemistry and romance.  In a candid chat with Outlook, Gautam Rode opens up on working with Pankhuri Awasthy not just on sets, but even at home for their Instagram reels. Excerpts:

You shared screen space with your wife Pankuri Awasthy in ‘Sun Le Zara’ for the first time professionally. Were you nervous performing with your wife?

Not at all. I have not been more comfortable on any shoot than this. You are performing with your better half after all. It was so comfortable. Firstly, as actors, we are both on the same page. The good thing about us is that whenever I get any script I tell her to read it. When she gets something then she asks me to read it. We always keep discussing our work with each other. That is a good thing for us. Secondly shooting with her, it was like ‘are we even required to act?’ as it was all coming on naturally.

In between shots, we used to be talking about this. It's like when you are romancing your wife on screen, there is definitely so much love but there is also so much comfort at the same time. Then it becomes like are we even acting! So that way, it was very comfortable working with her. That was the feeling for me.

In the song, you both are seen bonding over books in the song. In real life, what do you both bond over?
We love to go out together a lot. We love to watch films together. Now it is slightly changed a bit because we are watching different genres. I am more into crime right now and she is into romance. But the entire pandemic we used to sit together and watch a lot of series together. We used to share our thoughts about what we used to think about say any particular scene or something. So, we just used to bond over those little things as any normal couple would.

You’re an introvert. But now after your marriage, we see you all over Instagram and now Insta Reels with Pankhuri. Do you feel she has helped you up your social media game?
It is only and only because of Pankhuri. I have no hand of mine in it. It is she who pushes me. I won't say my social media game has not gone to another level or something, as I am still the same, but I am much better than before. According to my level and what I used to be, it's much better. Earlier I never used to put anything. I never used to share anything. It used to be like what is the use of doing it, as I was always like let my work speak for me. But now I have realised that this has become a part of your life. Social media has become an important part.

How Do you think it is important?
Everything that you share is seen. It also has increased your audience base. A lot of people who don't know you by your work, now know you through your page. Maybe they follow your page or like how you are or like how are you are as a couple. Social media helps you a lot there. But at the same time, it is a lot of pressure. Trust me on that, especially for a person like me. Anyway, we are shooting for such long hours through the day and when you're back home, you're again shooting for something and this time you are standing in front of your phone camera and doing certain stuff. When all this happens, on days you just end up feeling, 'Is it even necessary?' Then the answer comes from behind, 'Yes, you have to do it' (Laughs).