Malayalam rapper Fejo, one of the biggest names in the fast-growing rap community in India, focusses on taking up several socio-political issues in his songs.

Just like plenty of rappers in the country, Kerala based rapper Febin Joseph aKa Fejo, too, was introduced to the world of rap and hip hop, through the music of popular American rappers such as 2pac, Biggie, Eminem, Lil Wayne, Snoop Dogg and Akon. Despite the fact that he wasn’t very good with English, and he couldn’t “understand” the meaning of those songs, he was inspired by the style, and since he was always a poet, he attempted to write parodies of those songs in Malayalam.

“I was in school when I heard hip hop music, for the first time, thanks to my brother.  I remember I fell in love with Akon’s ‘Smack That’. I loved the style and how the entire composition was made. Since I loved writing, and I loved writing poems I tried to attempt a parody of these songs in Malayalam,” he tells us.

In 2009, he wrote and sang the Malayalam version of Lil Wayne’s ‘Lollipop’.

And like any other teenager, Fejo’s first ever rap song too, was about heart break. He sheepishly laughs and tells us, “That was the first song I ever wrote. It was about heartbreak and more importantly it was about how friends betray you and all. I was just a kid back then, so these were the things that sort of bothered me then.”

Coming from a lower middle-class background, it wasn’t easy for Fejo to pursue a career in music and follow his dreams. Just like any other middle-class citizen in the country, Fejo, a native of Cochin, too decided to complete his education and enrolled himself for a BTech course. After completing the course, he joined the Kerala State Electricity Board (KSEB), but quit the job within a few months. He tried working in a few construction companies, as well, but he finally decided to pursue his passion, and therefore came his first “serious and original song” -- ‘Private Aravushala’-- an attack on self-financing colleges.

Unlike several other rappers, who tend to use flashy clothes and a lot or bling Fejo steers clear away from that, simply because he feels that rappers should be careful of not mindlessly aping the West and go after bling or other fancy clothing items. “You have a Mercedes car in the background, and you are wearing flashy clothes with the bling and all. But then you are rapping about the hardships you faced, or that you are poor. No one is going to believe you or take you seriously,” he says.

Untill 2018, Fejo was, arguably, a famous rapper, only in Kerala. His popularity became nationwide, after rapper Dilin Nair aKa Raftaar, gave him a shout out on Instagram, and later even collaborated with him for a single. Fejo recalls it as one of the biggest moments in his career as a hip-hop musician, because up until then, he was just a “famous rapper” in Kerala.

“I had given a radio interview when I had released a rap track. As luck would have it, Raftaar bhai was in Kerala when it was played and happened to listen to it in his car. He had given me a shout out on Instagram and said that what Malayalis are doing with rap is amazing and felt that we weren’t getting the due recognition. He said if I had done this in Hindi, I would have become rich and famous by now,” he recalls. 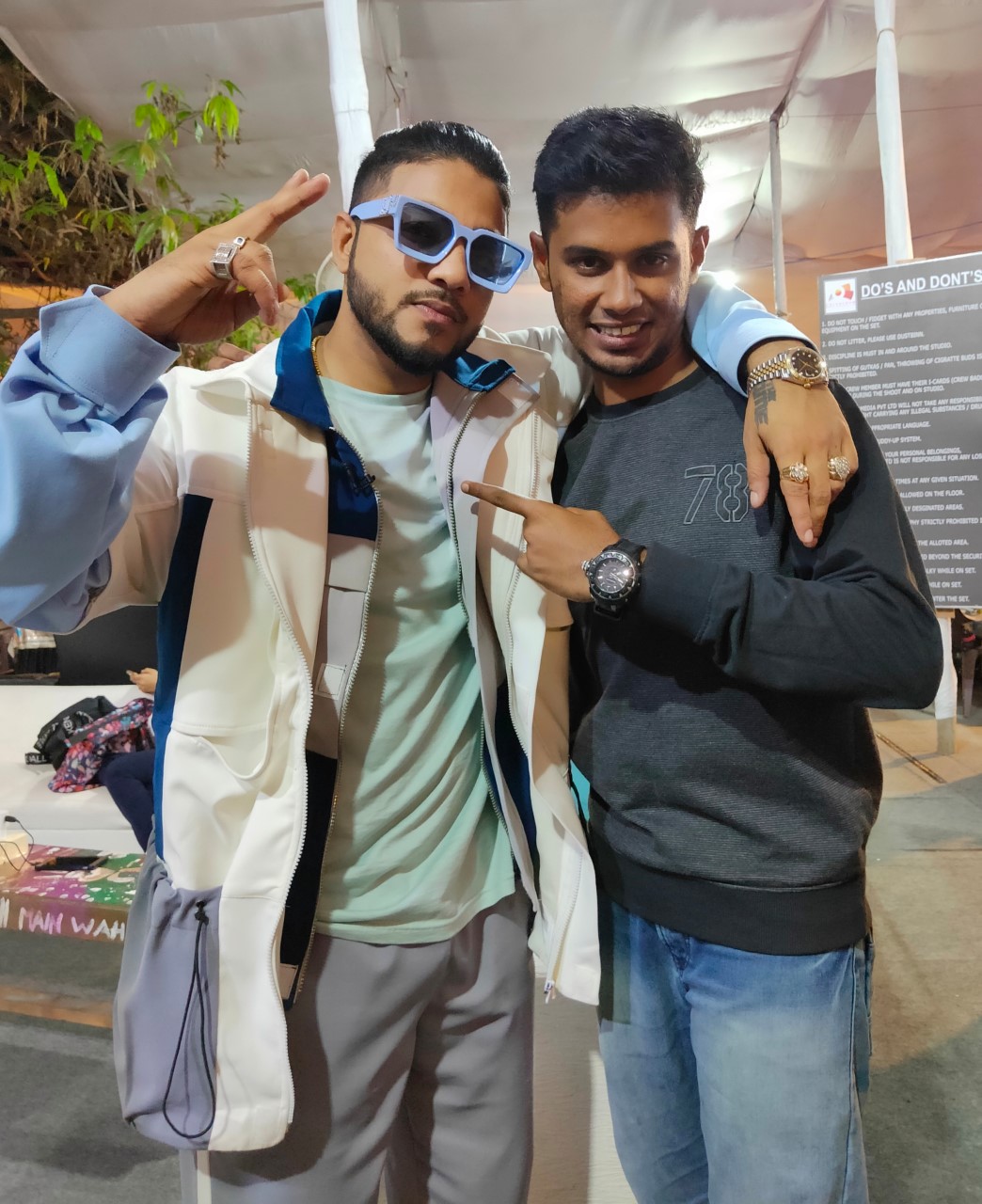 Then, a few months later Raftaar collaborated with Fejo for a song, which also featured Bollywood star, Varun Dhawan.

“Raftaar bhai told me ‘I want you to record the song and after that we are going to fly you to Mumbai’. He gave me complete freedom to create and said that he wouldn’t even be checking my lyrics. I recorded the track and within two days, he sent me the air ticket to Mumbai,” Fejo adds.

And now, more than a decade later, the 30-year-old is considered one of the biggest names in India, who focusses more on taking up several socio-political themes in his songs, as he feels it is his responsibility as an artiste, to voice concerns faced by the society that he lives in.

“I faced so many problems, like colour discrimination, the issues with my caste. I have also seen my friends face financial issues. So, I started express all my pain and frustration. If I can express love loss feelings, then I can talk about this. It is a responsibility of an artiste,” he says, however adding that he is also focussing on creating commercial music, to avoid getting stereotyped.

“I am not always like that. Otherwise, people will get bored, but I try to keep a balance between the commercial music that I do, and the songs that I do with socio political themes in them,” he adds.