As a celebration of the life and times of Sushant Singh Rajput, Dil Bechara is definitely worth a watch as the final salute to a shining star who went away too soon. 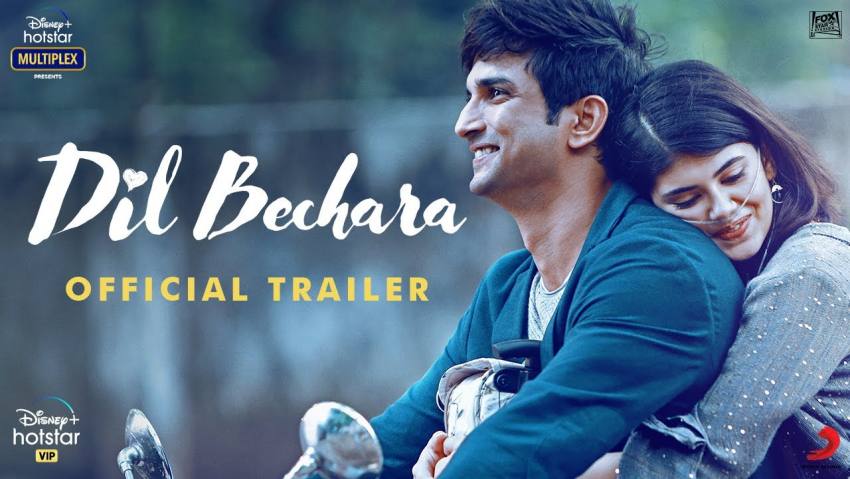 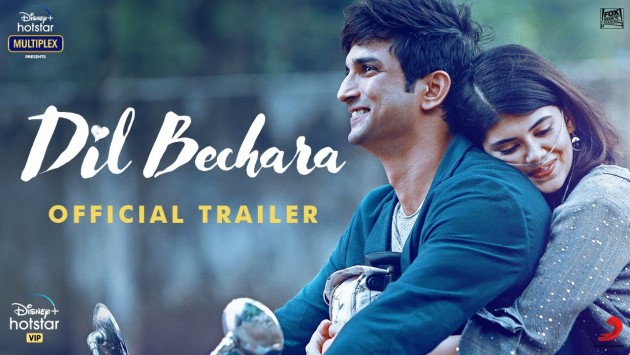 It was almost surreal. I could sense what Sushant Singh Rajput’s entry, his backside swaying to peppy beats before he turns around to look into the camera with his killer smile, would have done in a theatre. I could also hear the deafening applause of the audiences, may be a few whistles too in the dark, like the good old days before the realisation dawns where I was: sitting all alone in my living room, watching the departed actor come alive on screen with a performance that will linger for long in my memory for reasons other than mere histrionics or the cinematic merit of the actor’s swan song.

Dil Bechara is casting director Mukesh Chabra’s first step into direction which, ironically, is Sushant’s last in his eventful seven-year-long career, which was cut short under unfortunate circumstances last month. What strikes you instantly once you sit glued to the small screen to watch one of the most eagerly awaited movies in recent times streaming on Disney+Hotstar is the fact that while Chhabra chose an easier route for donning an auteur’s hat by acquiring the rights of a Hollywood hit, Sushant as usual did not fight shy of taking another risk, this time with a project, which I am sure a majority of his contemporaries would not have touched even with a barge pole.

Dil Bechara, to all intents and purposes, is for a niche audience, sans the frills of an A-list actor’s movie, with a limited appeal for the masses. But then, he was known for his penchant for picking anything out-of-the-box, relying only on his instincts when it came to choosing films. Which actor of his generation has had the guts to turn his back on the biggest banners of his time?

Based on a 2014-American hit, The Fault in Our Stars, Dil Bechara, is a story about two cancer-stricken youngsters from the steel city of Jamshedpur - one suffering from osteosarcoma, the other from thyroid cancer who has to carry an oxygen cylinder (affectionately called Pushpinder) all the time. How they become emotional anchors for each other and find comfort and happiness in each other’s company, using love and humour as a far more potent antidote than chemotherapy to ward off all their blues in life is what the film is all about. Sushant plays a happy-go-lucky Immanuel Rajkumar Junior, aka Manny, an unabashed admirer of Rajnikanth, who refuses to give up his zest and passion for life or get intimidated by his medical conditions. Opposite him is Sanjana Sanghi, making a decent debut as an equally intrepid Kizie Basu, who gets drawn to him for his uncanny chutzpah and unflagging will to enjoy each moment of his life, howsoever truncated it is destined to be. His motto that “we cannot determine the timing of our birth and death, but we can certainly decide how to lead our lives” reminds one of “Zindagi badi honi chahiye, lambi nahin” of the iconic Anand (19710). But Chabra and his team of writers, Shashank Khaitan and Suprotim Sengupta, who adapted the Hollywood hit are unable to create a classic that Sushant's admirers would have liked them to as a befitting tribute to the late actor.

The lead pair, Sushant and Sanjana, ably supported by Saswat Chatterjee and Swastika Mukherjee, who pay Sanjana’s Bengali parents – try to rise above the script but the film at times falters, especially in the second half, due to its languid  pace and loose screenplay. There is no denying that Sushant yet again gives glimpses of his vast potential and the newcomer Sanjana draws you instantly with her spontaneity and screen presence but Dil Bechara on the whole does not leave you with a lump in your throat the way movies with cancer-stricken protagonists in the past such as Anand or for that matter, Akhiyon Ke Jharokhe Se (1978) did. But as a celebration of the life and times of Sushant Singh Rajput, it is definitely worth a watch as the final salute to a shining star who went away too soon.

Rajinikanth ePass Controversy: What Medical Emergency Prompted The Superstar To Travel From Home To Farmhouse?