It was on October 20, 1995, that Shah Rukh Khan-Kajol starrer Dilwale Dulhaniya Le Jayenge was released worldwide and heralded a new wave of romantic musicals in Bollywood. 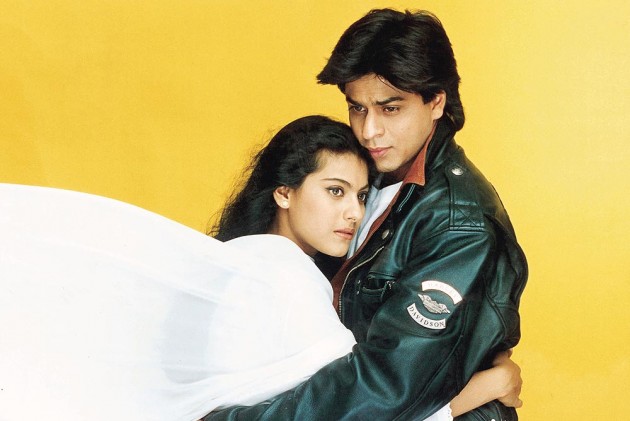 Dilwale Dulhania Le Jayenge has turned 25 today. It was on October 20, 1995 that the movie was released worldwide and heralded a new wave of romantic musicals in Bollywood. Here are the ten good reasons as to why Shah Rukh Khan-Kajol starrer turned out be such an iconic movie, which does not look dated even after all these years.

1. It gave rise to the first superstar of the millennials: Shah Rukh Khan. SRK had given big hits such as Deewana (1992), Darr (1993) and Baazigar (1993) earlier but it was DDLJ that propelled him into the league of big stars.

2. It underlined the immense creative and managerial skills of Aditya Chopra, the debutant writer-director. Though he came from the family of illustrious filmmakers such as Yash Chopra (father), B.R Chopra (uncle) and Ravi Chopra (cousin), he came on his own with his very first movie.

3. SRK and Kajol had worked earlier in Abbas-Mustan’s Baazigar but it was DDLJ that established them as a much-loved romantic pair, like Raj Kapoor-Nargis, Dharmendra-Hema Malini and Amitabh Bachchan-Rekha in the past.

4. DDLJ established Yash Chopra’s YRF as the numero uno production house in Bollywood with Aditya taking it over from his father.

5. Hindi cinema had travelled to the picturesque foreign locales after the advent of colour movies in 1960s, but no other film gave as much push to European tourism as DDLJ. In Switzerland, the snow-capped peaks, where some of the scenes were shot, remain a big tourist attraction simple because of DDLJ. Not only that, it underlined the importance of overseas territory which began to grow bigger and bigger because of the Indian diaspora.

6.  The era of big dialoguebaazi was almost over by the mid-1990s, barring the last few movies of an incorrigible Raj Kumar, but some of the dialogues such as “Jaa Simran, jee le apni zindagi” caught on in a big way. Once, the then American President Barack Obama quoted its famous “Senorita” dialogue in his speech.

7. Like its dialogues, some of its scenes also went on to become iconic. The climax scene where Kajol runs on a railway platform and SRK extends his hand to pull her into a moving train has been copied ad nauseam in different ways on different platforms since then.

8. Action movies were gradually fading from Bollywood by the 1990s. The phenomenal success of DDLJ proved to be the last nail on their coffin. It spawned a trend of romantic musicals. Now, everybody wanted to shoot on the Swiss Alps and the tulip gardens of Holland, which was a prerogative of Yash Chopra till then.

9. The trend of musicals had resumed with Mahesh Bhatt’s Ashiqui (1990) but it reached its peak with DDLJ with veteran Anand Bakshi writing some fabulous lyrics in simple words, set to Jatin-Lalit melodious tunes in songs like Tujhe dekha to yeh jaana sanam.

10. Last but not the least, the film went on to set a record as the longest-running Hindi cinema in history. Since its release, it ran continuously at Maratha Mandir in Mumbai until the lockdown spoiled its silver jubilee year party.