Sharing details of the SOPs, Union Minister Prakash Javadekar said barring those who are in front of cameras all others will have to wear masks. 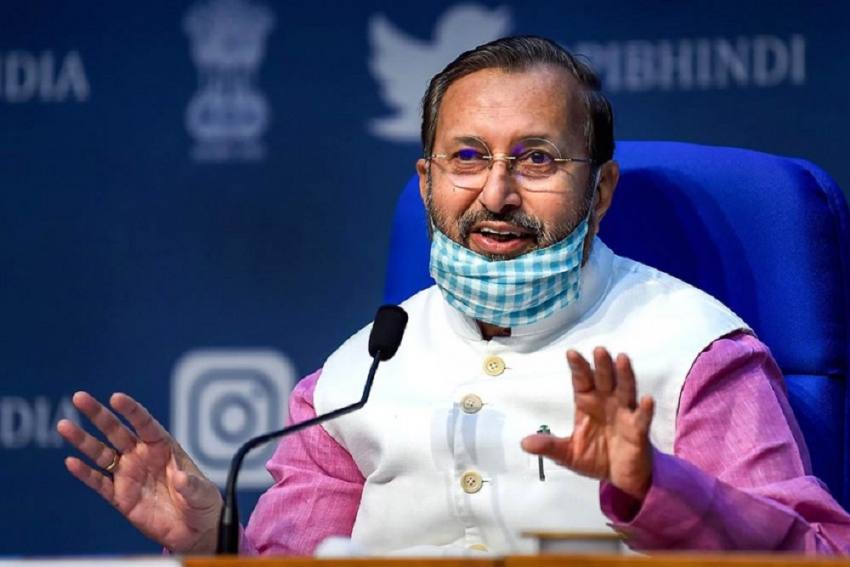 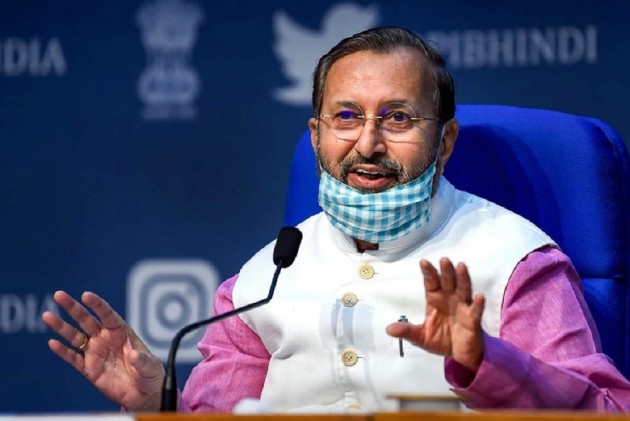 The Centre on Sunday announced standard operating procedures (SOPs) for resuming shooting of films and TV programmes, and these include measures such as social distancing and mandatory use of face cover or masks for cast and crew, except for actors in front of camera.

The guiding principles and SOPs on preventive measures for media production to contain the spread of COVID-19 were announced by Information and Broadcasting Minister Prakash Javadekar.

He asserted that these measures will facilitate resumption of shooting and provide employment to scores of people impacted due to the film industry being hit in the wake of the COVID-19 pandemic.

These SOPs have been finalised after consulting the health and home ministries, Javadekar said.

Shooting of films and TV serials can be started using these SOPs issued in the wake of the pandemic, the minister said.

Sharing details of the SOPs, Javadekar said barring those who are in front of cameras all others will have to wear masks.

"We are laying down SOPs as per international experience, and with the consultation of the health ministry and the home ministry, we have issued these SOPs," he said

"This is an important aspect of the economy and it employs millions of people, therefore, we have issued this to facilitate now the production activity to resume. I am sure everyone will welcome this and all states will implement this," Javadekar said.

The I&B document also emphasised on the health and family welfare ministry's guiding principles which state that non-essential activities will not be allowed in COVID-19 containment zones.

They should preferably not be exposed to any front-line work requiring direct contact with the public, according to the health ministry guiding principles.

The I&B ministry SOPs state that physical distancing of at least six feet to be followed as far as feasible at all locations at all times, while sitting, standing in queues, among others.

These include places such as shoot locations, sound recording studios and editing rooms.

Aspects such as scenes, sequences, set-ups, camera locations, positions of various crew members, seating arrangements, food and catering arrangements, staggered meal timings should be planned while giving due consideration to physical distancing norms, according to the I&B ministry document.

Measures should be taken by the production team to involve a minimum number of cast and crew members during the shoot, the SOPs said.

Visitors and audience should not be allowed on sets and for outdoor shooting, necessary coordination with the local authorities should be ensured to minimise and manage the spectators, they said.

Resting or stay-over facilities should be planned while adhering to physical distancing guidelines, according to the document.

Staggered call and pack-up timings for different production units should be ensured by studios having multiple sets, the SOPs state.

"There shall be designated entry and exit points for all shoot locations and other workplaces," the document said.

Sanitisation, to the extent possible, before and after the shoot should be done, the SOPs said.

They also stressed that measures for the safety of sanitisation staff such as adequate provisions for rational use of gloves, boots, masks, PPE, should be undertaken.

The document also states that as far as possible, the practice of work from home should be followed.

It says that sharing of costumes, hair wigs, makeup items, equipment should be kept at a minimum.

Make-up artists and hair stylists will use relevant PPE and artistes should be encouraged to do their hair styling and make-up remotely with the help of professionals, as per the guidelines.

Persons handling or working with common/shared equipment shall wear disposable gloves and efforts should be made to encourage wearing of gloves among other members of the cast and crew as well, they said.

Shooting for films and TV serials was suspended following the outbreak of the novel coronavirus.

Movie Review: Bobby Deol-starrer Class of ’83 Is Worth A Watch Even If You Are Tired Of Cop-and-Gangster Dramas