Host Salman Khan celebrated the festivities of Navratri with the contestants. Also, a special panel was called in to talk about who’s performing well and who is not. Here’s all that happened.

The festive fervour continued in last night’s episode of ‘Bigg Boss’ Weekend Ka Vaar as contestants had a gala time. Both 'Gharwasis' and 'Junglewasis' were in for a thrilling rollercoaster ride as host Salman Khan tested them rigorously. Though the sword of elimination hung in the air, the contestants were seen celebrating Navratri with some special guests. 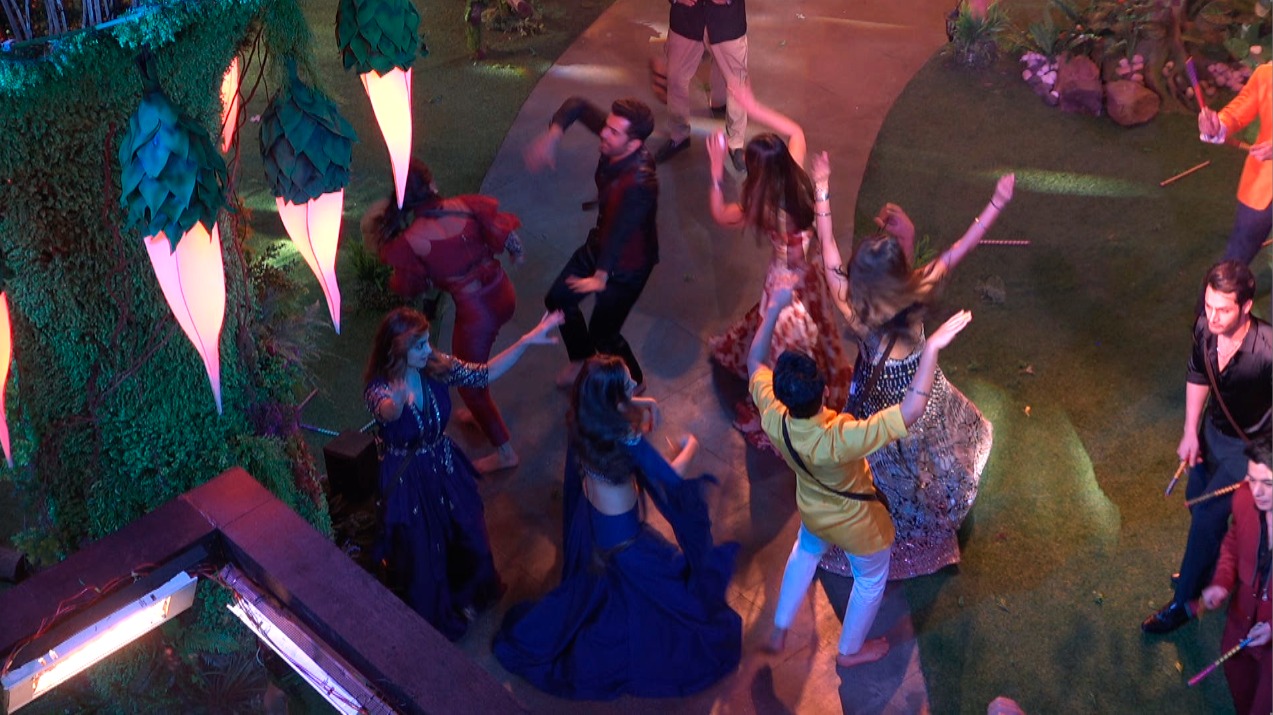 Khan summoned Nishant, Umar, and Akasa in the Soch room to quiz them about the rest of the housemates in a special task. They got rewarded based on the answers. Whichever contestants' answers tallied with other inmates won, and those who lost faced strict punishment. However, the questions that Khan asked led to many fights in the house and compromised the strongest of friendships. Despite their firm bond, Miesha and Donal were seen locking their horns. Ieshaan Sehgal called the latter the 'biggest manipulator'. 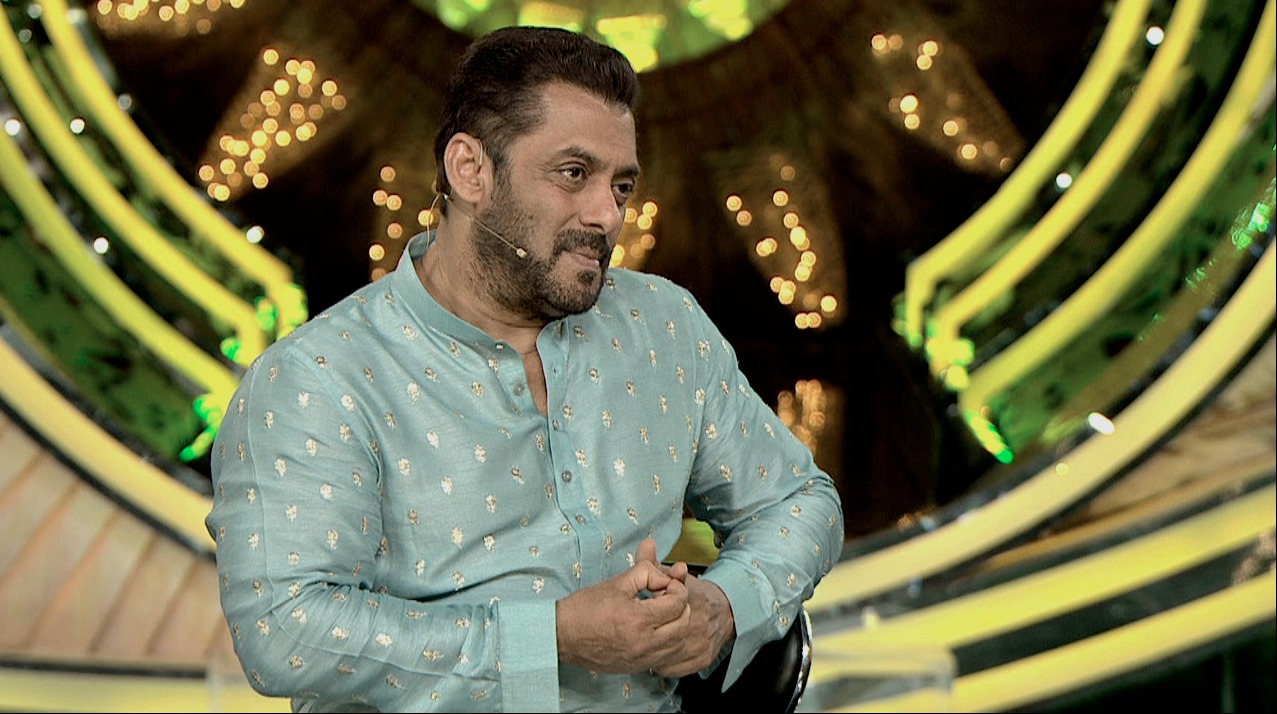 Despite all the fights and drama, the contestants had their moments of fun as festive celebrations kicked off. It got livelier when Aastha Gill, Rahul Vaidya, Nia Sharma and Bhoomi Trivedi entered the house to meet the contestants and performed Garba with them on their new songs, 'Saawariya' and 'Garbe Ki Raat'. In a delightful surprise, Meet Bros, Bollywood's musical duo, and the talented singer Dhvani Bhanushali also graced the stage and got everyone grooving to their performance. They also made an entry to the house to keep the contestants Navratri spirits high. 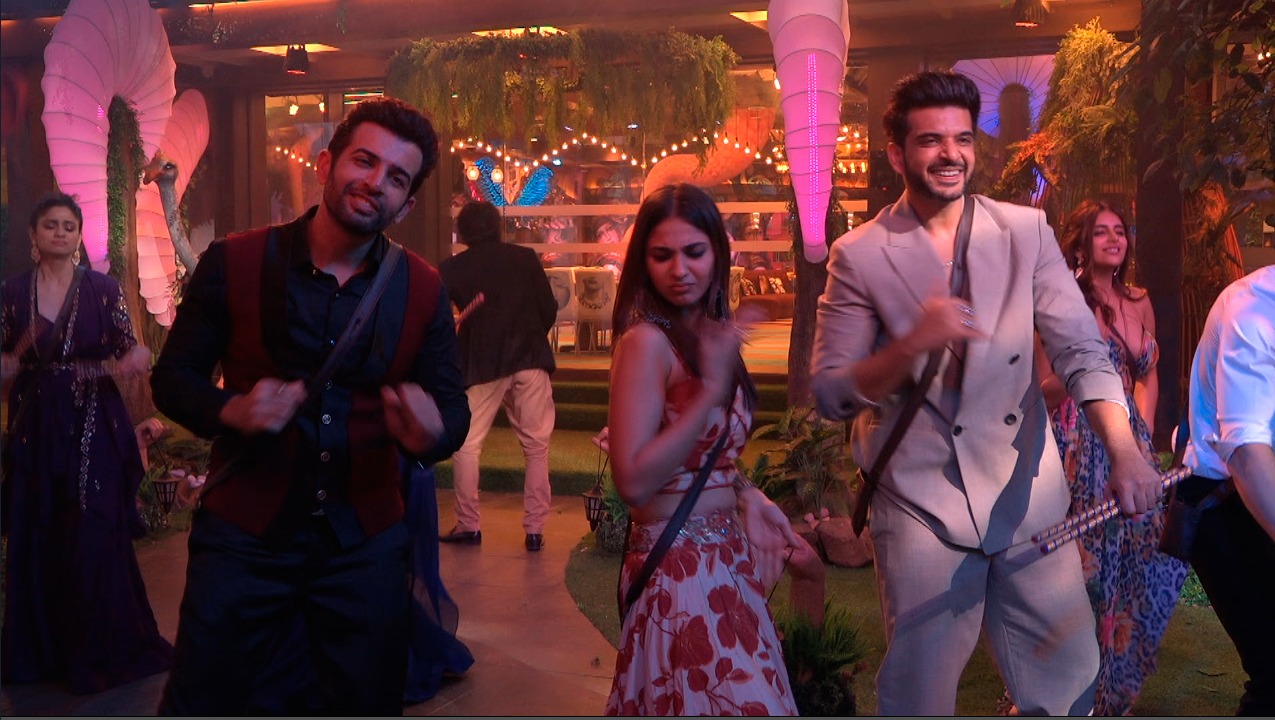 To make the first 'Weekend Ka Vaar' a complete entertainment package, a special panel of celebrities were invited to speak in support of their favourite contestants. They were Karan Patel, Arjun Bijlani, Neha Bhasin and Nikki Tamboli. All of them also discussed the gameplay and performance of the contestants seen the past week with Salman Khan. While Neha and Nikki openly supported Pratik Sehajpal, Karan and Arjun vouched for their friend Jay Bhanushali. Nikki went a step further and raised her voice against Karan and Arjun in her support for Pratik as she said, "Pratik is the one who's carrying this show." 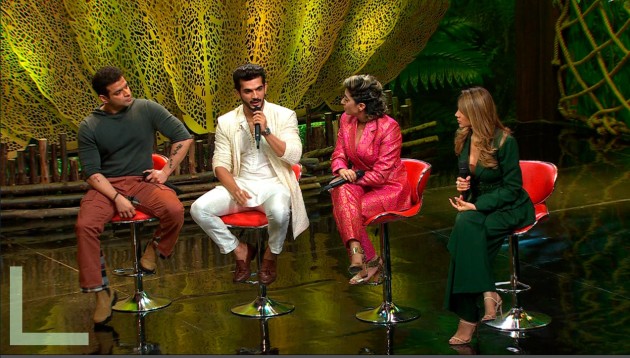 As the contestants enjoyed festival feels in the house, there was also the fear of eviction in the back of their minds.