Contestants Ishaan Sehgaal and Rajiv Adatia know each other from before. They got into a war of words over a past secret. What is that secret which Adatia is holding against Sehgaal? 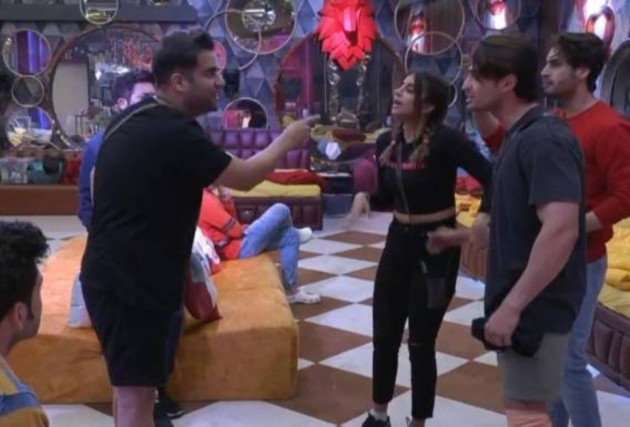 Contestant Rajiv Adatia's entry in the ‘Bigg Boss 15’ house has been promptly shifting the dynamics of this game. He has wasted no time getting down to business as he manipulates every contestant he interacts with. His biggest target has been contestant Ieshaan Sehgaal. Rajiv Adatia has been grilling Ieshaan Sehgaal for being involved with Meisha Iyer and not focusing on the game. It appears that now Rajiv Adatia is after him for a different reason.

It turns out that both of them know each other from long before the show. So they are privy to each other's secrets that the rest are not aware of. To ensure Rajiv Adatia does not reveal Ishaan Sehgaal's secrets to Meisha Iyer or anyone else, the latter plays every trick in the book. He talks to him and even asks Karan Kundrra to do the same. However, Ieshaan Sehgaal gets annoyed with Rajiv Adatia and ends up having a face-off with him. "You're making me look like a fool," Ieshaan Sehgaal blurts out. As they start yelling at each other, the question arises: what secrets is Rajiv Adatia trying to hide?

Meanwhile, the contestants are divided into two teams for a new task. While 'Team B' has to stay inside the structures built for them, 'Team A' has to get them out without any physical force. Seeing Afsana Khan as the weakest link in their rival team, 'Team A' tries to break her by putting all kinds of rubbish stuff on her face. When everything else fails, they tell her that her team wouldn't let her become the captain. Afsana Khan then turns to her own team and demands to be made captain, but Jay Bhanushali tells her to not fall for this trap. In the chaos, Afsana Khan hurls some powder back at Tejasswi Prakash, who starts coughing hard and goes down. 'Sanchalak' Karan Kundrra quickly picks her up and carries her to safety.

This new love story is brewing while the other contestants are still trying to figure out what secrets Rajiv Adatia is holding behind for them.