Big B Owes It To Many A Helping Hand, And Jaya Bachchan Is Just One Of Them!

A low-down on the men and women who played a key role in making Amitabh Bachchan the Phenomenon that he ultimately became. 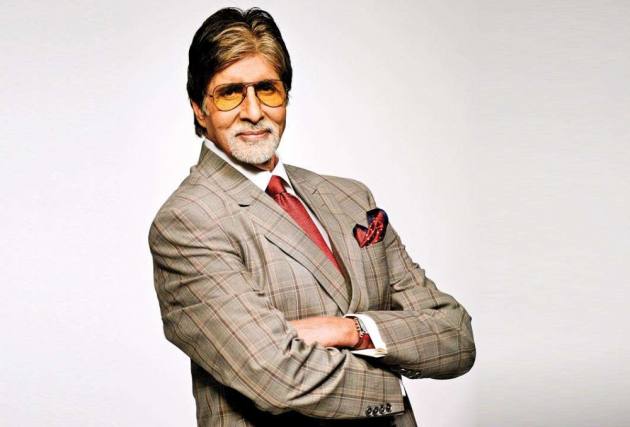 Amitabh Bachchan, the Star of the Millennium who stepped into his 80th year today, has been one of the most versatile actors in the history of Indian cinema. A powerhouse of talent, his range as an actor has been well and truly unfathomable. There has been no dispute about his histrionics ever since he made a quiet debut in Saat Hindustani in 1969, but it was not easy for him to make it in the cut-throat Hindi film industry.

Bachchan had delivered about a dozen flops and was dropped from several movies before Zanjeer (1973) changed his fortunes. As luck would have it, he found ample support all along from a few industry people who extended a helping hand to him—both before and after he became a star—to enable him to carve out an unparalleled status.

Here is a low-down on the men and women who played a key role in making Amitabh Bachchan the Phenomenon that he ultimately became.

Every newcomer does not come to the film industry with the recommendation of the Prime Minister. But Amitabh’s mother, Teji Bachchan, was a friend of Indira Gandhi. Legend has it that Gandhi asked Nargis to help Amitabh in getting a toehold in the industry. The Mother India (1957) actress organised a few auditions for him with leading filmmakers while Sunil Dutt cast him in his ambitious underproduction movie Reshma Aur Shera (1971). Though Big B played a small role in the film that bombed at the box office, he got to know the industry from close quarters through the forever-helpful Dutts from Pali Hill.

The legendary writer-filmmaker was looking for a new actor to play the character of a Muslim man in Saat Hindustani when he met Bachchan, who had landed in Bombay (now Mumbai) after quitting his Rs 1,600-a-month job in Calcutta to make a career in films. Abbas, however, sought the consent of his father, noted poet Harivansh Rai Bachchan before roping him in on a remuneration of Rs 5,000. Bachchan told him that several filmmakers had found him ‘too tall’ to reject him but Abbas was looking for a lanky young man who could look like his poet friend Asrarul Haque ‘Majaz’.

The superstar comedian who ruled the film industry for nearly two decades not only offered Big B the lead role in Bombay to Goa (1972) but also a ‘home away from home’ after he was introduced to Bachchan by his younger brother Anwar Ali. Anwar had become a close friend of Bachchan ever since they worked in Saat Hindustani. Bombay to Goa proved lucky for Bachchan. Salim-Javed were impressed with him after they saw him in a fight sequence with Shatrughan Sinha. They took Prakash Mehra to meet him on the sets of Gehri Chaal (1973) to sign him for Zanjeer, which had been rejected by four stalwarts, Dilip Kumar, Dev Anand, Raaj Kumar and Dharmendra.

Hrishikesh Mukherjee signed Bachchan as the good doctor, Babu Moshai in the Rajesh Khanna-starrer, Anand (1971). Though Khanna walked away with all the honours in the film, Bachchan too was noticed by the industry. In spite of superlative performances by Khanna in Anand and Namak Haraam (1974), Hrishi Da chose to back Bachchan to the hilt and went on to make many movies, from Abhimaan (1973) to Bemisaal (1982) with him all through the seventies and eighties and elicited some of his finest performances.

Erstwhile superstar Rajesh Khanna asked struggling writer-duo Salim-Javed to redo the script of the Hindi remake of a Tamil hit, Haathi Mere Saathi (1972), which became a monster success. However, when they saw a new actor called Amitabh Bachchan in Bombay to Goa, they were suitably impressed. They liked his attitude, especially in a fight scene in the film where he gets up from the ground with chewing gum in his mouth. After finding their ‘angry young man’, it did not take them long to convince Prakash Mehra to cast Amitabh in Zanjeer.

Dilip Kumar did not find the police inspector’s character stimulating enough in Zanjeer, Dev Anand did not want to do a movie without any song that would not show his toothless smile, Raaj Kumar wanted him to shoot in Madras (now Chennai) instead of Bombay and Dharmendra, who had earlier bought Salim Javed’s script of Zanjeer, opted out at the prodding of his cousin who had some issues with Prakash Mehra. So, when Salim-Javed told Mehra to sign Bachchan, which was seconded by Pran, Mehra decided to bet on Big B. Together, they delivered many blockbusters.

The man with the Midas touch, filmmaker Manmohan Desai was least impressed when he first met Bachchan. Initially, he called him to be a “constipated looking” actor but was wise enough to make amends in the latter part of his career. When Dharmendra, who was already working in Chacha-Bhatija (1977) with him, declined to do his upcoming home production, Amar Akbar Anthony (1977), he felt offended and signed Bachchan. Together, they also delivered some of the biggest hits, from Parvarish (1977) to Mard (1985), until Ganga Jamuna Saraswati (1988) and Toofan (1989) ended their dream run.

Dharmendra and Mumtaz were supposed to do Zanjeer but both backed out, leaving Prakash Mehra high and dry. No other actress was willing to work with Bachchan because of the track record of his flop movies. But Jaya Bhaduri, his girlfriend who had worked in Mehra’s Samadhi (1972) came to his rescue, though she was earlier advised by her Bawarchi (1972) co-actor Rajesh Khanna to keep away from the "jinxed" actor. They got married soon after the success of Zanjeer and did Abhimaan (1973), Mili (1975), Silsila (1981) and Kabhi Khushi Kabhie Gham (2001) together.

Yash Chopra may have made Deewar (1975), Kabhi-Kabhie (1976), Trishul (1977) and Kaala Patthar (1979) and Silsila with Bachchan but he is also credited with having given a fresh lease of life to his career in his second innings with Mohabbatein (2000) under his banner. Towards the end of the 1990s when Bachchan was facing a major financial crisis, Bachchan landed at Chopra’s doorstep one fine morning asking for work. He has not since looked back.

Known to be India’s best-known quizmaster, Siddhartha Basu zeroed in on Big B as the host of the Kaun Banega Crorepati (2000-21), the Hindi version of the popular international TV game show, Who Wants to Be A Millionaire, at the suggestion of erstwhile Star TV honcho Sameer Nair. Until then, no major star had done a TV show. Bachchan was initially hesitant too, but when he saw the original and was promised that its format would remain the same, he agreed. It was a decision that changed the face of Indian television forever and brought Big B back with a bang to the place he rightfully deserved.