500 Skydives and 13,000 Motocross Jumps: Tom Cruise Preparing To Pull Off The Most Dangerous Sunt In ‘Mission: Impossible 7’

The makers of the popular film franchise, ‘Mission: Impossible’ shared a behind-the-scenes video of the stunt during the ongoing trade show, CinemaCon, in Las Vegas. 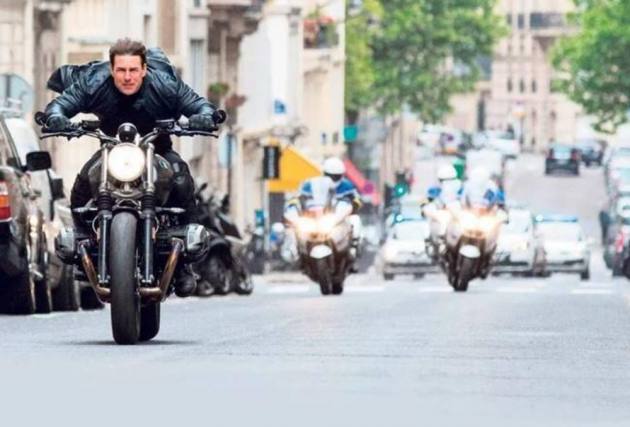 At the ongoing CinemaCon film trade show in Las Vegas, the makers of the film shared a behind-the-scenes footage of the actor riding a motorcycle on a mountain cliff.

“This is far and away the most dangerous thing we've ever attempted. I’ve wanted to do this, since I was a little kid. We've been working on this for years. We're going to shoot it in Norway and it will be a motorcycle jump off a cliff into a base jump," Cruise said at the convention via conferencing, while introducing the video.

According to reports, the behind-the-scenes footage showed Cruise preparing by performing more than 500 skydives and 13,000 motocross jumps before traveling to an elaborate ramp constructed on a remote Norwegian cliff to shoot the stunt itself.

The film's director, Christopher McQuarrie, nervously watched through his hands as Cruise successfully opened his parachute and landed safely before proclaiming: "I think I can hold onto the bike a little longer."

The annual CinemaCon trade show  features  Hollywood stars as well as never-before-seen footages of the upcoming projects, although A-listers stayed away from this week's event due to Covid-19 concerns.