Elephants On The Cannes Floor

Winners and losers at the Cannes Film Festival 2003 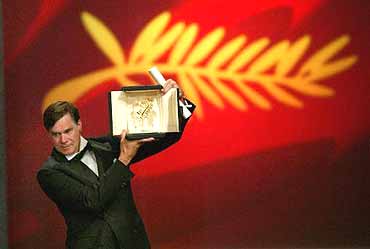 "Life is like a box of chocolates; you never know what you're gonna get." Maybe that's what Forrest Gump would have said had he been present at the 56th annual Cannes Film Festival. Primarily because Gus Van Sant's Elephant took home the Palme d'Or and the much touted, Nicole Kidman starrer Dogville was left high and dry with no awards.

Elephant, loosely based on the 1999 shootings at the Columbine High School in suburban Denver is "a musing about high school violence, about the elephant in the living room no one wants to mention", in the words of Van Sant. Shot in documentary style, the film had no professional actors, and while much appreciated, it wasn't thought to be in the race as Michael Moore's Bowling for Columbine, a documentary on the same theme had won a special anniversary prize at Cannes last year. 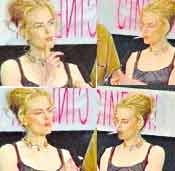 Lars von Trier's Depression-era fairy tale Dogville was the toast-of-the-town, and Kidman ended up raising a lot of smoke by blagging and lighting up a cigarette at a televised press-conference. The only consolation for the movie turned out to be Moses, the chalk outline of a dog which barks in the background. Moses won the Palme Dog award - a crazy, canine version of the Palme d'Or.

Both Dogville and Elephant had been panned by American critics and charged with being anti-American. The jury, with Meg Ryan and Steven Soderbergh on it, did not presumably have any such problems.

Twenty four-year-old Iranian director Samira Makhmalbaf's At Five In The Afternoon, a film about post-Taliban Afghanistan got the Jury Prize. One of the youngest directors to win the award, Samira carried on Michael Moore's Bush-bashing tradition after getting the award. "My film is about an Afghan woman who has no power but who wants to be a President one day," she said. "I don't want to be a President myself if the best-known President in the world is George Bush."

The Grand Jury Prize went to Distant, a Turkish film by Nuri Bilge Ceylan that explores the emptiness of life and loneliness in the city. Its male leads, Muzaffer Ozdemir and late Mehmet Emin Toprak , shared the Best Actor award. Ceylan dedicated the prize to his cousin Toprak, who married only weeks before he was killed in a car crash, and had planned to honeymoon in Cannes. 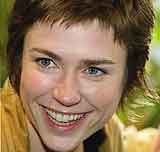 The Best Actress went to Marie-Josee Croze for her role as a heroin junkie who helps a dying man cope with his pain in The Barbarian Invasions. The French-language film also picked up the prize for Best Screenplay.

But the critics were their usual self: the selection of movies wasn't up to the mark, they alleged. Peter Bradshaw of The Guardian was scathing: "The lineup of films at Cannes this year was so dismal that cynics will say that the 2003 Palme d'Or is devalued currency."

The crowd behaviour seemed to vindicate the critics, at least when it came to American director Vincent Gallo's Brown Bunny, another movie with an animal in its name. Its graphic scenes with Chloe Sevigny left many in the audience and most of the critics livid. That the camera focuses on Gallo's profile for minutes at a time as he drives across America in the movie didn't help matters either. But Gallo remained defiant: "I know you are calling it narcissistic behind my back. But I am not ... I am only interested in things I know, which are things about myself ... That's why I don't direct other people's scripts."

India had its share of the spotlight as it figured in the fevered industry negotiations. The festival saw bidding wars for the international rights of Gurinder Chadha's Bride And Prejudice: The Bollywood Musical, starring Palme d'Or jury member Aishwarya Rai.  The Indian film industry is planning to make Goa the permanent location for the India International Film Festival. So, the next time you hear Viva Il Cinema, it might just be tagging along with Chalo Goa.