Home  »  Website  »  National  » Opinion  »  'Distributed Growth Model' Is The Need Of The Hour. Growth Alone Will Not Suffice
Opinion

'Distributed Growth Model' Is The Need Of The Hour. Growth Alone Will Not Suffice 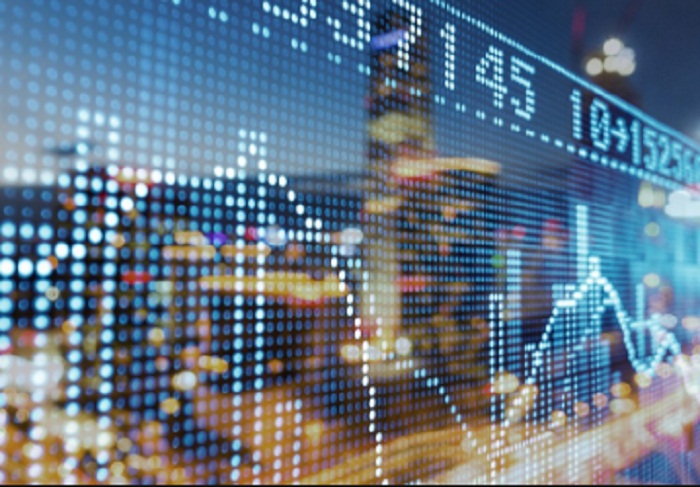 India’s budget preparation is in the final leg and it will be unveiled soon. Last two budgets have put the focus correctly; by giving thrust to rural development, agriculture and infrastructure, but the bureaucratic red-tape has been an impediment. We have a long way to go and we need to evolve a new model - the ‘Distributed growth model’. All these decades, we have chased the ever-elusive “double digit” growth, but we are not going to achieve that with the current approach.

“Too many economists spoil the budget”. We had a world-class economist running the country for a decade, we had the best economists running the RBI and the erstwhile Planning Commission, and we still could not achieve double digit growth, and floundered. So, it’s time to have a fresh look at our economic approach. A mere change in the interest rates have not done anything, and will not. Economy is not about tax collections, interest rates or money supply alone, it is much more. ‘Text book economists’ do not understand the country’s complexities, and neither they do good to the economy, or to economics. Also, the general perception is, that only 3 % pay taxes. Yes, 3 percent may be paying direct taxes but every citizen of India pays taxes indirectly when s/he purchases a product from the market. With GST implemented, all the more! So, to use this reason of low tax payer’s base is wrongfully placed.

It is time we considered a model that leads to growth which percolates downwards and spreads wide, that what I call as, ‘Distributed Growth model”. How do we make it happen?

Let’s look at the following data;

2)  The number of cultivators and agricultural labourers added together make up around 263 million or 22% of the population (@1.2 Bn population based on 2011 census). Investment in ‘Irrigation’, in agri-allied sectors, and in setting up forward linkages with markets in towns, and for exports is the need. Special ‘Agri-infra & Irrigation mission’ project is needed to fire the most important engine of our growth – Agriculture.

3) As per the annual report of the MSME Ministry (2015-16), MSME sector employs about 80 million people in about 36.1 million units. Out of these, units in rural areas are 20 million and number of women enterprises are 2.6 million. MSME needs to expand more to semi-urban and rural areas and engage youth and women entrepreneurs, and also boost MSMEs expansion in food processing, agriculture based and allied segments, high-end tooling, IOT and niche manufacturing. MSME is where massive employment and income gets generated. It will not only ensure success of ‘Make in India’, but most importantly, as the MSME employees themselves are the customers of “Make in India’, it will create ‘customers’ for such products. With such customers available, ‘Make in India’ will be a grand success. MSME is the second engine of the economy that needs to be fired up

4) 6 states (Bihar, Uttar Pradesh, Rajasthan, Madhya Pradesh, Jharkhand and Chhattisgarh) have 42 percent of population and 56 % of the total population growth. Luckily, all these are under BJP. We need to invest more in uplifting the economy of these states. Lower growth in these states can drag down the overall growth of the country.

5) Retailers number 13 million and we need to carefully tread FDI in online and retail segments. 100 % Investment in Retail for daily use products might be myopic, and the policy makers need to be careful if BJP wants to run this country for another 25 years!

6) Tourism: India has about 10 million tourist arrivals and this can increase by 5 times. Imagine the number of hotels & convention centres, cabs, guides etc. that will come up and the best part, without any Government investment, as the private sector will invest seeing the business potential. Government must focus on tourism as a job creator and a foreign exchange earner. India has so much to offer to global and domestic tourists! Focus on ASEAN and expand beyond .

Recent study had revealed that 50 million go below poverty line due to healthcare costs. Also, it is a known fact that most of the ‘educated’ are not ‘skilled enough’ to do the jobs that the country needs as its economy evolves. Hence, education and health needs investment. If the workforce is not healthy and competent, how can the economy be strong? In fact, anecdotally (since I am not an economist by training), I would take the liberty of stating that GDP growth would be equal to the GDP spends on education, and health! Our healthcare system and education system is in shambles and it needs massive investment. For achieving ‘distributed growth model’, investment in health and education are a precondition.

Strongest thing about India’s economy is ‘1.34 billion consumers’, who run the consumption story (growth engine) for the country, and we add about 18 million new consumers every year. With more opportunities for consumers from Agriculture, MSME and Tourism; and assuring them with quality health and education; we will fire the economy to grow 10 percent a year, and that too, sustainably.

I see foreign trained economist keep warning India about the Fiscal discipline. If the investments are going in areas outlined above and not in opex, we must not worry. Even if the fiscal deficit reaches 5 percent, investments in these sectors will pay back, and our economy will be amongst the 3rd largest in a decade. USA is a case in point. It is too big an economy and though its fiscal arithmetic is baffling, does it worry about its ratings or deficit!!?

In oil rich Gulf countries, GDP and GDP per capita appears fantastic as statistics, but since the oil fields are in the hands of a few royal families, the wealth gets concentrated in a few hands.  Recently, the annual Oxfam survey has found that the wealthiest 1 % Indians garnered 73 % of the wealth created in 2017. This is due to the ‘Concentrated Growth model’. So growth alone with not suffice , and we need ‘distributed growth’. In the “Distributed Growth” model lies the answer. India should move to this model before the gap between ‘have’s’ and ‘have nots’ increases more!

What the policy makers must aim is on enhancing the income and money in the hands of consumers by creating more avenues to work, earn and spend. This will happen if we invest in agriculture and value addition in allied agro based industries, MSME, tourism, infra, health & education.

Lastly, let us not forget, electorate will evaluate Modi government’s performance on health, education, employment, electricity and inflation. These hold the key to a massive win in 2019.

(Rajendra Pratap Gupta is a leading public policy expert who had drafted the Election Manifesto of BJP under Dr.M.M.Joshi for 2014 general elections.)