Making sense of the deal of the year, a masterclass in the Chinese way to manage the Internet 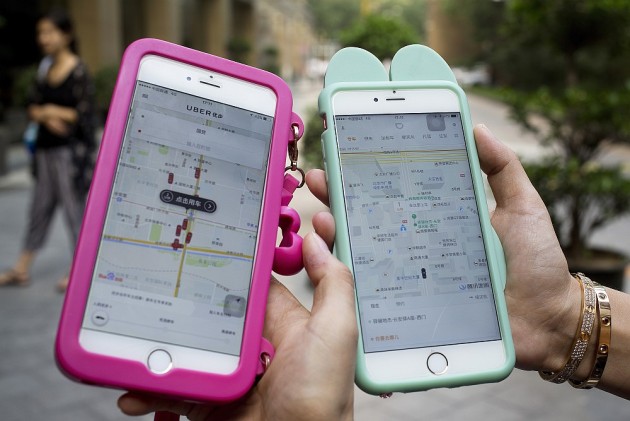 In a letter sent to his employees on Monday, the day of the merger between Uber China and taxi hailing company Didi Chuxing, Uber CEO Travis Kalanick wrote, "Uber is a better, stronger company because of our China experience." The statement perfectly sums up the creative business skills of the radio hailing company, both in China and the rest of the world.

In a move that left the best of analysts and market watchers befuddled, Uber China merged with its biggest competitor in the country Didi Chuxing for a 20% stake, bringing the combined valuation to $35 billion.

The decision ended a costly battle between the two companies in China to acquire more drivers as well as Investors. While Uber has turned profitable in many developed countries, it was bleeding money in China for the past 2 years, reportedly to the tune of $2 billion. The move has in an instance turned the tables lifting the biggest strain on the taxi hailing giant's finances while turning its biggest competitor into an ally.

The biggest surprise though comes with Didi's agreement to merge. Didi, once part of a global compendium of radio taxi hailers had not too long ago tied up with US taxi hailing service Lyft, India's Ola and South East Asia's Grab to fight against the growing global dominance of Uber. So strong was the resolve to shadow Uber's rapid growth that Lyft, Grab and Didi had enabled simultaneous booking of taxies of either service on all their apps. The recent development has not only shattered the alliance but also sidelined most other companies trying to make a global standing.

The company which has clearly been most affected is Lyft. The US based company which is Uber's biggest competitor in the American nation is now reconsidering its deal with Didi in the US. "We always believed Didi had a big advantage in China because of the regulatory environment," said Alexandra LaManna, a spokesperson for Lyft, in a statement after the merger was announced. He added that the company would be evaluating its partnership with Didi over the next few weeks."

The deal has managed to bring together several big investors who would otherwise not have chosen to work with each other. Didi Chuxing itself is a previous result of a merger between two other Chinese taxi apps, Didi Dache and Kuaidi Dache which merged in February last year. Kuaidi Dache was backed by Alibaba and SoftBank, while Didi Dache was backed by Tencent. In addition to this, in May, Apple invested $1 billion in the combined service, Didi Chuxing. Uber, on the other hand is backed by Chinese company Baidu, Microsoft and Google. The merger now means that Alibaba, Softbank, Baidu, Apple and Microsoft are all stakeholders in the combined entity in China.

Uber's intent to target other markets tough, especially Southeast Asia, might be foiled by Didi's existing partnerships with most of Uber's competitors. Even in India, Uber's biggest competitor Ola boasts of a partnership with Didi, albeit that Didi's stakes in Ola is in the single digit percentage. The merger has led Uber to fast track the India expansion with the company already announcing transfer of 150 company engineers to India from China. Mounting competition on Ola though could prove to be counterproductive because of the Didi connect in addition to the fact that both Uber and Ola have been funded by SoftBank.

Rumour does have it that Uber and Didi might have signed a non-compete agreement for other markets. This means that Didi could possibly not be able to directly operate in markets where Uber is already present.

The investment in Ola though is an indirect one and could still pose to be a threat for Uber's expansion. The move could also lead to further deals between other international taxi hailing services with Ola. Though it might have little effect on the valuation, it is definite to hinder Uber's elaborate expansion plans in the subcontinent.

It is also interesting to note the events preceding the much talked about merger. The call was made a bare 3 days after China legalised cab hailing services, setting new norms for the sector. Industry experts are of the opinion that the merger only forwards the Chinese aim for promoting its home grown companies.

Didi, the biggest local cab hailing service gets a great boost through the merger in China as well as globally. The Chinese government has a history (be it with Alibaba, Baidu or Tencent) of promoting industry by pumping in state capital as well as resources. Didi's prior merger was also hugely influenced by the state machinery. The current development then can also be seen as strategic move by the Chinese government to facilitate what might be referred to as a monopoly in the taxi hailing services.

Uber's decision on the merger has been seen as a positive step which could yield high returns in the long run if not immediately. The move has brought the company closer to its dream of floating an IPO even though the decision might well be delayed for a while longer.