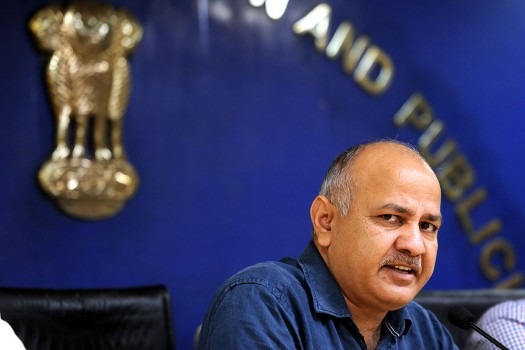 Deputy Chief Minister of Delhi Manish Sisodia on Tuesday alleged that the recent fare hike in the Delhi Metro was a conspiracy by the Centre to benefit private taxi companies, and asked the Centre to hand over the corporation to the state government, if it cannot manage it.

"It is a conspiracy to benefit the private taxi companies. They (Centre) want to make the metro costlier than the private cabs, so that people are compelled to opt for these private taxis over the metro," Sisodia told ANI, adding that the Central government has sold itself out to private companies.

Sisodia reckoned the Delhi Metro to be running on profit, and demanded the Centre to be answerable for the fare hike.

"They have ruined the Indian Railways. Now they are mocking the DTC. Today, the DTC still has more ridership than the metro. They are not able to handle metro and think they can run the metro by increasing tariffs time to time. Metro will be come to a standstill if they increase the fare so much," Sisodia said, and added,

"There are other ways to generate finance. The Centre can hand over the metro to us, if they can't manage it," he added.

Sisodia further added that the Delhi Metro would earn profits if they use their property honestly, and advertising properly.

The hike, which comes five months within the last one, will affect every commuter of the mass rapid transit who travels beyond 5 km, while journeys falling in the 2-5 km distance slab will cost Rs 5 more.

Last week, the Centre informed Delhi Chief Minister Arvind Kejriwal that it cannot put on hold the proposed hike unless his government provides Rs. 3,000 crore annually to the Delhi Metro Rail Corporation (DMRC) as grant-in-aid for the next five years.

In an emergency meeting called by the DMRC, the AAP Government had proposed to pay 50 per cent share (Rs. 1,500 crore a year), should the Centre agree to fund the other half.