This is something, which has been overlooked, the court said. 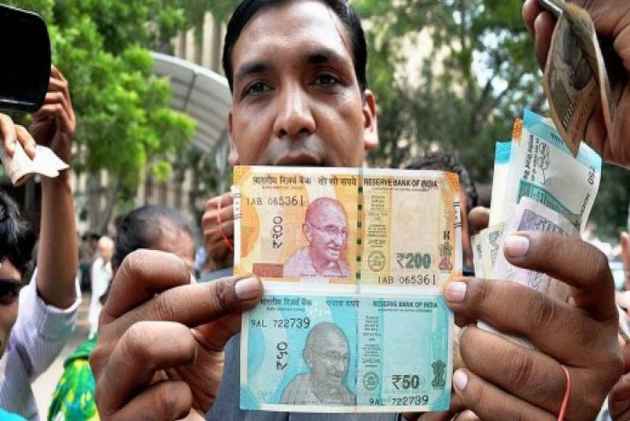 The Delhi High Court on Wednesday asked the government and the RBI to examine the new currency notes and coins, observing that the visually impaired were facing hardship in identifying and using them.

A bench of Acting Chief Justice Gita Mittal and Justice C Hari Shankar told the government and the RBI to reconsider the issue and if possible examine the new currency notes of Rs 200 and Rs 50 denominations as the visually-impared people were finding it difficult to use them due to their size and the tactile marks.

"This is something, which has been overlooked. Even we have seen it and found that it is difficult for the visually impaired persons to identify due to the change of size of notes also," it observed.

The bench said the authorities should have consulted some visually impaired experts and others who have worked in this field, adding that the matter was of "very grave public interest" and should be addressed seriously.

The bench also asked Additional Solicitor General Sanjay Jain, who was representing the government, why cannot the government make the size of the currency like earlier.

The court asked the Centre to place its view before the bench on the next date of hearing on January 31.

It, however, made it clear that designing of the currency notes was a policy decision and it does not want to interfere in it.

"The issue is of public importance and relates to the rights of the visually impaired persons. It needs attention of the RBI and the Central government," it added.

The bench had earlier refused to stay the printing and circulation of the new Rs 50 notes, issued on August 18.

The court was hearing PILs filed by three advocates, a company secretary and NGO, All India Confederation of Blind, who had sought a change in the new currency notes to make them easily identifiable and differentiable for the visually impaired.

The PIL by advocate Rohit Dandriyal sought directions to the authorities to withdraw the Rs 50 notes which do not have any identification marks and stop printing them.

He said that according to the RBI, a special feature has been introduced on the left of the watermark window on all notes, except the Rs 10 currency.

"This feature is in different shapes for various denominations. For example, a vertical rectangle denotes a Rs 20 note, a square means Rs 50 (in older notes), triangle and circle for Rs 100, a diamond denoted the Rs 1,000 currency which is not a legal tender now," the advocate's PIL said.

The petition by the NGO said visually impaired people were facing hardship in identification, usage and transaction of the new currency notes of Rs 2000, Rs 500, Rs 200 and Rs 50 denominations.

Maintaining that the size of old and new notes were different, the NGO also sought replacement of coins of Rs 10, Rs 5, Rs 2 and Re 1 saying these were of a similar structure.