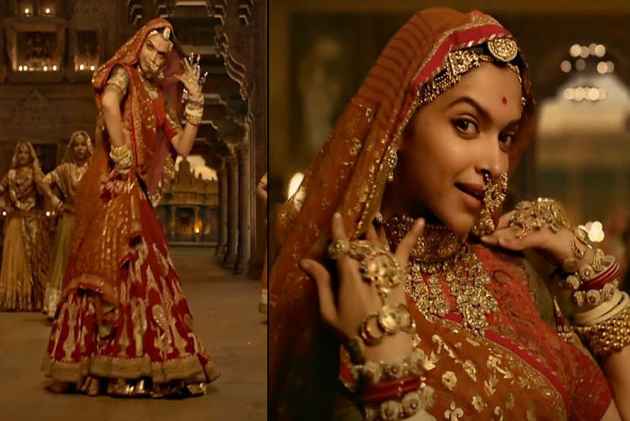 While there is uncertainty over whether Sanjay Leela Bhansali’s controversial film  "Padmaavat" would be screened in states such as Madhya Pradesh and Rajasthan , especially in single-screen theatres,  the makers have made some significant cosmetic changes to the song "Ghoomar" to meet the guidelines advised by the Central Board of Film Certification, according to reports.

According to Hindustan Times, the new version of the song, uploaded without any announcement, replaces actress Deepika Padukone’s bare midriff with computer-generated cloth.

CNN News18 reported that the changes were made to ensure a U/A certificate for the film, which will release on January 25.

Featuring Deepika Padukone as Rani Padmavati, Shahid Kapoor as Maharawal Ratan Singh and Ranveer Singh as Alauddin Khilji, the film got stuck in controversy after various Rajput groups, including Rajput Karni Sena, raised their objections towards the content of the movie.

The protest caused the filmmakers to change the title from "Padmavati" to Padmaavat to emphasise its fictional nature.

The original version of the song is still available on YouTube.

The apex court had on January 18 paved the way for the nationwide release of movie 'Padmaavat' on January 25 by staying the ban on the screening of the film in Gujarat and Rajasthan.