Nothing seems to be able to stop the upward building of the folly known as the Sonia Gandhi Memorial Hanging Gardens...

I notice in the morning paper— "....Valentine’s Day was celebrated with pomp and police protection in many parts of Old and New Delhi. Stray incidents of clashes between militants of the Laila Majnu Brigade and the Atma Niyantran Sena volunteers have been reported, but there have been no serious disturbances. The annual meeting to commemorate the martyr couples in Lodi Gardens were held without any untoward incident. Rani Mukherjee-Ahluwalia read out an appeal for love and forgiveness. Veteran stalwarts of the Indian Ocean ensemble performed political love songs together with Bay of Bengal and other emerging bands. An appeal was made to repeal section 377 of the penal code." 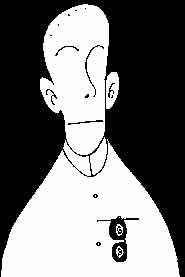 ...Somewhere in the Somali neighbourhood on the edge of Katwaria Sarai there is a house, an improvised three-storey reinforced fibre glass and sanitised poly-asbestos construction where you can look for used body parts, and if you are lucky, you will get what you went looking for. Spare irises to trick the iris scanners are in big demand in the ID grey market. Everyone has one, or needs one. I am too old and don’t go out much, but my nephew insists that it is better to get it done before my iris scan dematerialises in the central security database.

...Nothing is the same since the last war. Lutyenspuri is a dump. But the craters from the bombings are all building sites now. It looks as if my dream of high-rises dwarfing the old Parliament building might finally be realised. In fact, nothing seems to be able to stop the upward building of the folly known as the Sonia Gandhi Memorial Hanging Gardens. Tajik construction workers loudly sing forgotten songs like ‘Kajra-Re’ on the Metro when they return drunk from construction sites on the riverfront near Majnu ka Tila.

...Chanakyapuri is now a ‘heritage zone’ and the onion domes of the former Pakistan Embassy are being declared a fine example of Delhi’s 20th-century built heritage. There is some talk of housing the National Digital Library in the building.

...The abandoned houses of GK will be demolished to build a park commemorating the tragedy of 2036. The Ex Illegal Building Occupiers Association has demanded ex gratia payment of 200,000 dinars for the suffering families of Jangpura.

...The Taj Casino has built a new riverfront crystal palace on the Jamuna Pushta bund, close to Jagmohan Memorial Hospital.
...Somewhere I spot an old slogan from the years when there was still a newspaper called the Times of India—Delhi, "From Walled City to World City". Now there is a new one, on an ad that holograms the evening sky above Nehru Place—"From World City to Wild City—Get Real at NOIDA Pleasure Drome" and its got a couple of transgenic polymorphed bar girls with leopard skin inlays scored in to their skin, as they swing on a trapeze, together. The Bahai temple turns red in their glow.