The 100m world record-holder quit athletics last year and is yet to be offered a deal by Australia's Mariners, where he is currently on trial. 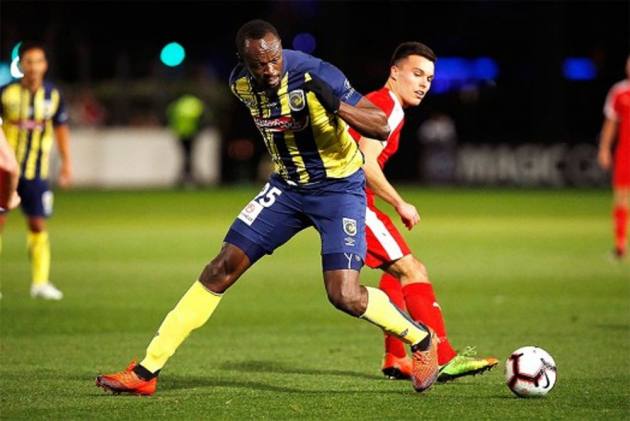 Stunned after being handed the notice despite retiring from athletics, Bolt said "So guys I've retired from track and field looking to become a footballer but look at this," Bolt said via an Instagram video as he zoomed in on the notice.

Bolt, 32, made his formal football debut on October 12 in a club friendly between Central Coast Mariners and Macarthur South West United. He scored two goals in the match.

Watch both the goals here:

Usian Bolt has scored twice for the @CCMariners - he might not score as easier goal ever again. pic.twitter.com/I9D6ECm4bl

The 100m world record-holder quit athletics last year and is yet to be offered a deal by Australia's Mariners, where he is currently on trial.

The demand for the out of competition test – to collect urine and blood – appears to have been issued by Football Federation Australia.

"How am I going to get a drug test today? I'm not even a professional footballer yet. Seriously," said Bolt.

"So I asked the lady, 'Why am I getting drug tested when I haven't signed for a club yet?' and she said they told her I'm an elite athlete so I have to get tested. Okay then."

Despite his displeasure, it appears the Australian Sports Anti-Doping Authority guidelines mean he is eligible to be tested.

Their legislation defines an athlete as a "person who competes in sport" if "the sport has an anti-doping policy".

The eight-time Olympic champion, who dominated sprinting after taking double individual gold at the Beijing Olympics in 2008, is now bidding to become a professional footballer.

He made his case on Friday by scoring two goals for the Mariners in a pre-season friendly.

The superstar, a massive Manchester United fan, has been handed a chance to train with the A-League side for an indefinite period in order to pursue his dream.