'David Davidar Has Not Sexually Harassed Anyone'

'He has not assaulted anyone. David Davidar had a consensual, flirtatious relationship that grew out of a close friendship with a colleague' 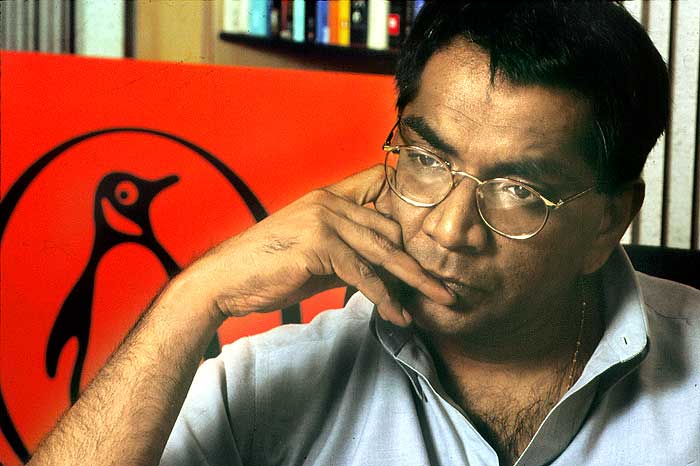 Text of the statement released by Peter A. Downard, the litigation counsel to David Davidar:

In recent days David Davidar has been subjected to repeated public attacks following the filing of a statement of claim against him and Penguin Canada by a former colleague, Lisa Rundle.   The claimant’s counsel has facilitated media coverage of the claim.   The public attacks require Mr. Davidar’s response.

David Davidar has not sexually harassed anyone. He has not assaulted anyone.

David Davidar had a consensual, flirtatious relationship that grew out of a close friendship with a colleague.   He deeply regrets the hurt this has caused his wife.

Mr. Davidar came to think of Ms. Rundle as his closest friend and confidante at work.

Ms Rundle and Mr. Davidar kissed on two occasions.  The first was in Ms. Rundle’s room at the October 2009 Frankfurt Book Fair referred to in Ms. Rundle’s claim.   However, contrary to Ms Rundle’s claim, Mr. Davidar did not bully his way into her room, nor did he force himself upon her.   Ms Rundle did not object when they kissed.  After the kiss, Ms. Rundle said she wanted to take a nap, as she was feeling jet-lagged.  She asked Mr. Davidar to wake her up in an hour.  After she woke up, Ms. Rundle suggested they take a walk around Frankfurt before they each went to their respective dinner engagements.

Ms. Rundle subsequently told Mr. Davidar that she had enjoyed their kisses in Frankfurt, whether or not they were ever repeated.   She did nothing to convey to Mr. Davidar that his attention was unwanted.

Following the Frankfurt trip, Mr. Davidar travelled to India on business.   While Mr. Davidar was there his father became critically ill.   Mr. Davidar extended his trip to be with his father in his final days.   While away, Ms. Rundle sent an e-mail to Mr. Davidar expressing her concern and extending “her best thoughts”.   After attending to his father’s funeral and affairs, Mr. Davidar returned to Toronto just prior to Christmas 2009.   Ms Rundle welcomed him back warmly.

In January of 2010, Ms. Rundle repeatedly visited Mr Davidar’s office to watch the Australian Open tennis tournament, especially when Roger Federer, a favourite player of both Ms. Rundle and Mr. Davidar, was playing.

Later that month, Ms. Rundle requested a pay increase.   Mr. Davidar reminded her that salaries at Penguin were frozen.   However, he offered her the role of Director Digital Publishing and Foreign Rights.   This justified a pay increase of approximately $10,000.

In February of 2010, following the death of his father, Mr Davidar took stock of his life.   He felt he could no longer continue his personal relationship with Ms Rundle. He spoke with her and told her their relationship should be confined to business.

Within weeks, Ms. Rundle told Mr. Davidar that she no longer wished to have her new digital publishing responsibilities.   Mr. Davidar accepted this while reminding Ms. Rundle that if she gave up that additional role, the accompanying salary increase would not be continued.

Throughout Ms. Rundle’s employment with Penguin she had the opportunity to complain of any alleged sexual harassment by anyone.   The company provided an anonymous employee ‘help line’.   Despite these resources available to her, it was not until several months after the trip to Frankfurt that Ms. Rundle initiated a complaint of sexual harassment by Mr. Davidar.   Mr. Davidar subsequently told Ms. Rundle that her complaint would have no effect on her employment.

Throughout Ms. Rundle’s employment with Penguin from late 2005 to 2010, she was treated fairly, receiving regular promotions, salary increases and successful assessments.   Mr. Davidar was at pains to remind her from time to time that no matter what happened between them on the personal front, Ms. Rundle’s professional career with Penguin would never suffer.   This was the case.

Samantha Francis was David Davidar’s executive assistant in 2006 and 2007.   Mr. Davidar engaged in flirtatious banter with her for a short period of time.   He did not engage in any conduct toward Ms. Francis that he knew or should have known was unwelcome.

In 2007, Ms. Francis told Mr. Davidar that Penguin’s human resources (“HR”) department had incorrectly understood an enquiry she had made about comments made by Mr. Davidar.   She said she wished to withdraw her enquiry against him.   Mr. Davidar told her that if she had any concern about his conduct it was proper for her to complain.   He told her to think about it before deciding one way or the other.   After thinking about it, Ms. Francis submitted a written note to the HR department, with copies to Mr. Davidar and the head of Pearson Canada, Penguin’s corporate parent, stating that she and Mr. Davidar had a personal misunderstanding which had been resolved.   She indicated that she never intended to make a formal complaint, that she was withdrawing any such complaint, and that she wanted any mention of it expunged from Mr. Davidar’s personal record.

Ms. Francis, at her request, worked with Mr. Davidar for several more months before being promoted to the position of Associate Editor.   She remained in that position for approximately a year before eventually leaving Penguin.   After leaving the company Ms. Francis maintained contact with Mr. Davidar.   She never indicated to him that she had any concern about Mr. Davidar’s conduct toward her.   In May of this year Ms. Francis requested Mr. Davidar to provide her with an employment reference.   He did so.

David Davidar is happily married.   He deeply regrets the trouble that has been visited on his wife in recent days.   He apologizes to her.

In His Own Words