Dark And Dusky Doesn't Do It

Perhaps the time has come to disallow our men, from the North or the South, to be the spokespersons on Indian culture and womanhood. 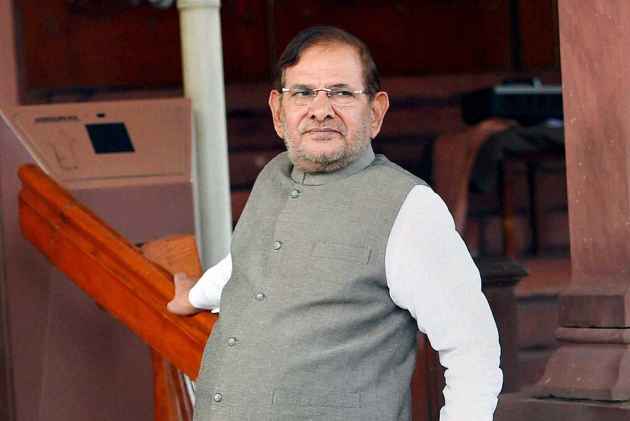 Thanks. But no, thanks.

We dark and dusky south Indian women who can dance need no endorsement from you.

To begin with it is not surprising, that among other vital discussions and debates on issues concerning the nation, the beauty of the South Indian woman, especially her curves and complexion, were placed on the honourable table of the Upper House of the Parliament, thanks to you.

How a debate on the Insurance Bill could meander to a description of the seductive physiognomy of South Indian women can be only answered by the esteemed members of the Parliament such as yourself.

Yet it was uttered with much gumption and impunity, buffeted by pompous self-knowledge with a righteousness that you were defending us dusky women from South of the Vindhyas.

In the light of many horrible crimes and terrible acts of violence against women that greet us each morning in this country your utterance may seem foolish to many. Not quite. It points to an ugly gender incorrectness that pervades our vocabulary, the common conversations and voices in this country.

It begins right in our homes. My mother, 78, still recalls that her father cosseted her lovingly as "my dark one". It was affectionate, she murmurs today, but her tone still carries the slight from that parental teasing. It remind us, thanks to images on television and advertisements that offer fairness creams ( some, horrors of medical horrors to whiten the vagina too), that black is beautiful only with the help of melanin whitening agents. And it reminds us of our bodies, our curves and colours everytime you bring it to our notice while we are busy going about minding our businesses.

We you see, are trying to be individuals, not women with just cellulite or booty, North Indian or fair, South Indian or dark, East Indian or yellow.

And before the men on my side growl their bits about North Indian women, to be fair, (pardon the pun, sirji) the North Indian woman, with her fair skin and her share of curves receives a fair amount of unwanted licentiousness from men down south.

Tamil Nadu's former chief minister and Dravidian stalwart Anna, once famously said: Maatran thotatthu malligayum manakkum (the jasmine in the neighbour's garden smells just as sweet). And he wasn't being ironic. The sexual innuendo that the alien, the foreign brought with it an exotic allure certainly referred to women in this case.

North Indian women and their fairness and beauty have been put to use for sexed up glamour in south Indian films for decades now. You can spot the average Tamil heroine today by her lack of knowledge of the language. She speaks almost no Tamil or Telugu or Kannada as could be the case. She manages with a smattering of English, Hindi with her assistants and floats in attractive costumes while providing lascivious sex appeal on screen. The homegrown south Indian woman is contained under norms of chastity and prurience on screen or outside, while the North Indian woman on screen is depicted with a sneering libidinousness.

Perhaps, the time has come for your Indian men, irrespective of regions to stop turning the women of this country into your regional fetishes.

And it's time to get back to that Insurance Bill.

Lady from the South.