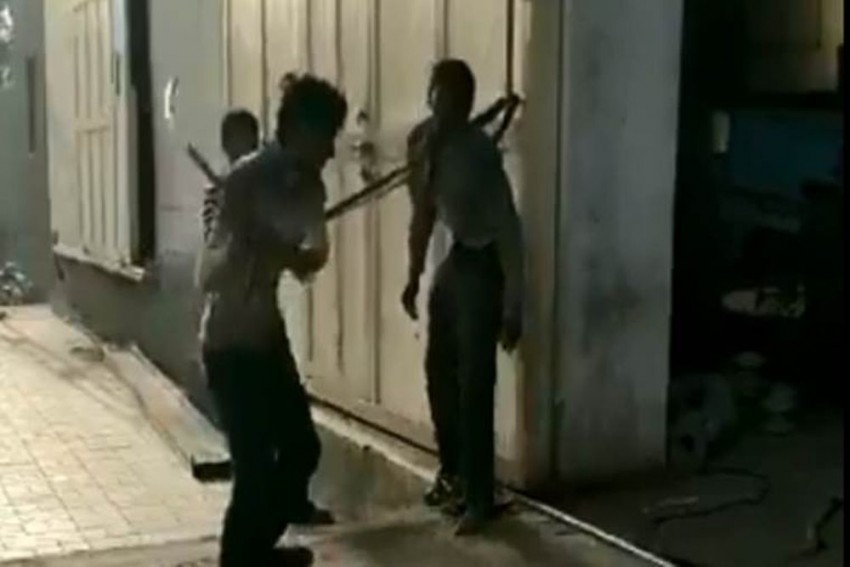 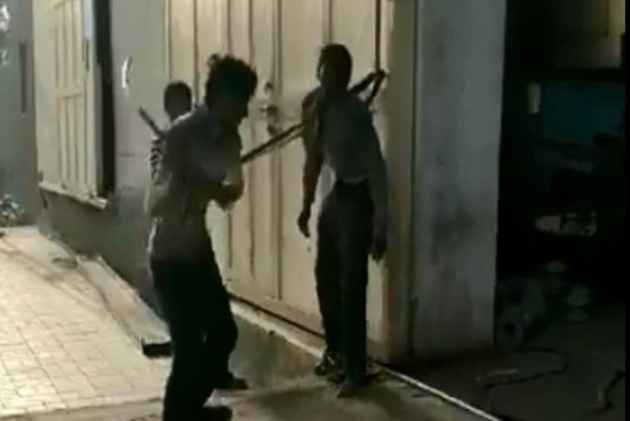 outlookindia.com
2018-05-21T14:37:45+05:30
Five people, including a factory owner, were arrested for allegedly beating a Dalit rag-picker to death at Shapar village in Gujarat’s Rajkot district. A video of the incident went viral after Gujarat lawmaker Jignesh Mevani shared it on his Twitter account.
In the video, the man, identified as Mukesh Vaniya, is seen screaming as he is flogged by two men with an iron rod.

NDTV reported that the five were arrested on charges of murder under  the SC/ST Act. It added that the incident took place on Sunday morning when Vaniya and his wife, both rag-pickers, were using magnets to look for scrap when some factory workers confronted them and accused them of theft.
The Indian Express, quoting the police, reported that Vaniya and Jaya were picking rags around Radadiya Factory at Shapar. While the women were kicked out of the area by the men, they held back her husband.
“The exact reason of the altercation has not become clear so far. But the complainant has alleged that it was something related to picking rags around the factory. The complainant and other woman had gone to their home while Vaniya was allegedly held captive by the unidentified accused. The woman then returned back to the spot along with some male members when they found Vaniya lying on the ground. They took him to Rajkot Civil Hospital where the doctors declared him brought dead,” sub-inspector RG Sindhu told the newspaper.
“The body had wounds that could have been caused by blunt objects like sticks. The investigation has been handed over to a deputy superintendent of police rank officer,” Sindhu added.
In a Facebook post, Mevani said: "This is a far more gruesome incident than Una. In Una, the victims were beaten up and humiliated. Whereas, here a man lost his life amidst caste violence... The government of Gujarat has still not learned from its past mistakes."
For in-depth, objective and more importantly balanced journalism, Click here to subscribe to Outlook Magazine

NDA Govt Has Almost Done Away With Blacklist of Overseas Sikhs: Ram Madhav