During the cyclone's landfall, rains lashed Nagapattinam, Tiruvarur, and Thanjavur, uprooting trees in several regions, the details of which are expected later in the day.

Cyclone Gaja ripped through Nagapattinam early on Friday uprooting trees and snapping power lines leaving a trail of destruction in the coastal region besides claiming 13 lives and flooding standing crops.

"The government has received information that so far 11 persons have died," Chief Minister K Palaniswami said.

Earlier, MC Sampath, State Minister has said that the people who have lost their lives in the cyclone will be given ex-gratia by the state govt.

According to Tamil Nadu State Disaster Management Authority, as many as 76,290 people were evacuated from low lying areas and sheltered at over 300 relief centres in six districts including Nagapattinam, Pudukottai, Ramanathapuram and Tiruvarur.

A holiday has been declared for educational institutions in Nagapattinam here.

"Though the center of cyclone is over land, rear sector of eye wall is still over sea. It will take about an hour to move over land," the IMD bulletin issued at 3.15 AM said.

#WATCH: Strong winds and rainfall hit Nagapattinam in Tamil Nadu. According to MET, #GajaCyclone is expected to make a landfall tonight. pic.twitter.com/heqUK8Ho0A

However, Deputy Director General of Meteorology S Balachandran told PTI, the cyclone will take another two hours to fully cross the coast.

The severe cyclonic storm is very likely to move nearly westwards and weaken gradually into a cyclonic storm during the next six hours, the IMD said.

During the cyclone's landfall, rains lashed Nagapattinam, Tiruvarur, and Thanjavur, uprooting trees in several regions, the details of which is expected later in the day. 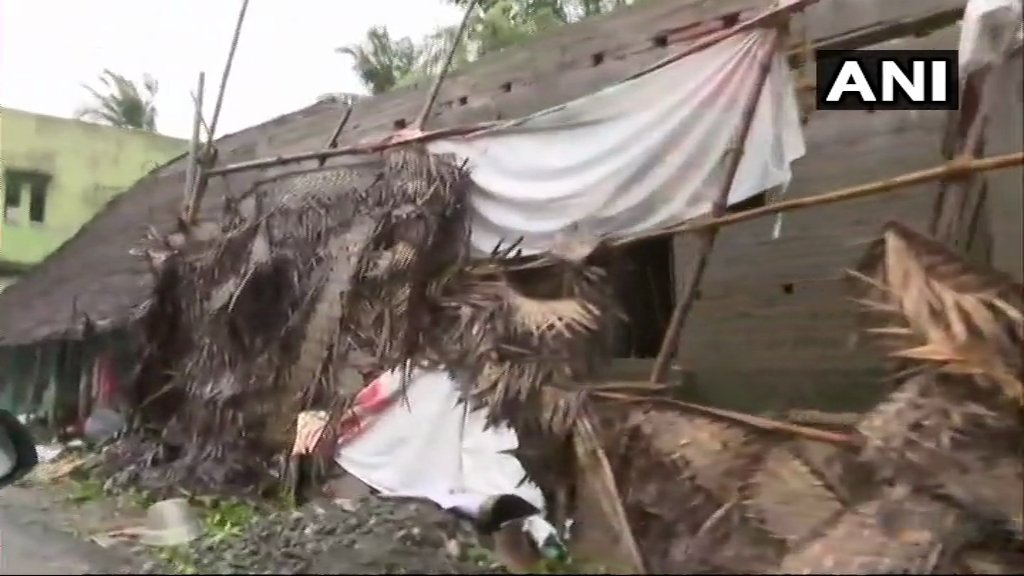 Electricity supply was disconnected here and in several other coastal regions in view of the cyclone's landfall.

The state disaster management authority had released an animated video aimed at creating awareness on the do's and don'ts during cyclone. 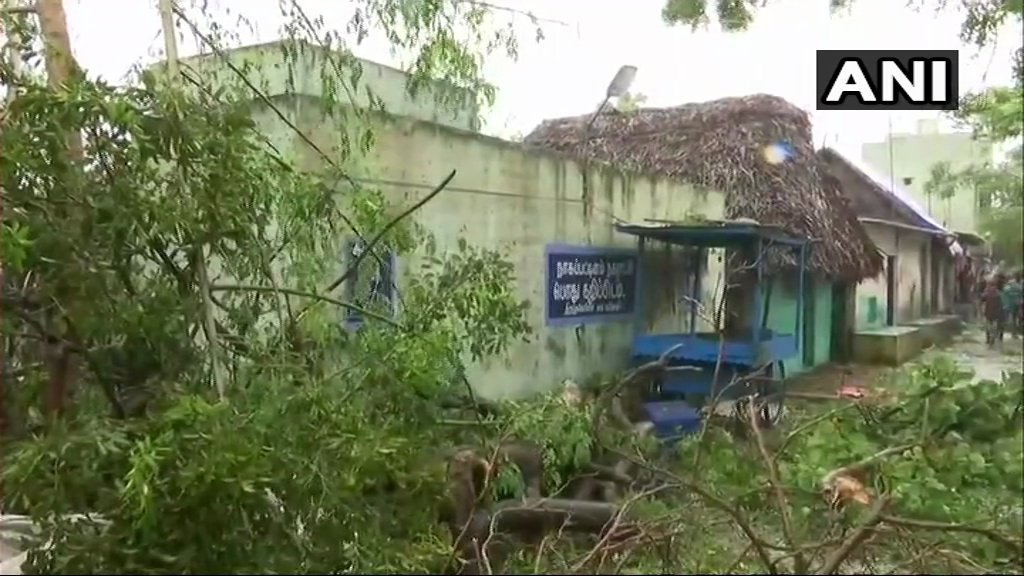