The move is meant to be a big strike to curb black money circulating in the country and to fight corruption and funding of terrorist activities. 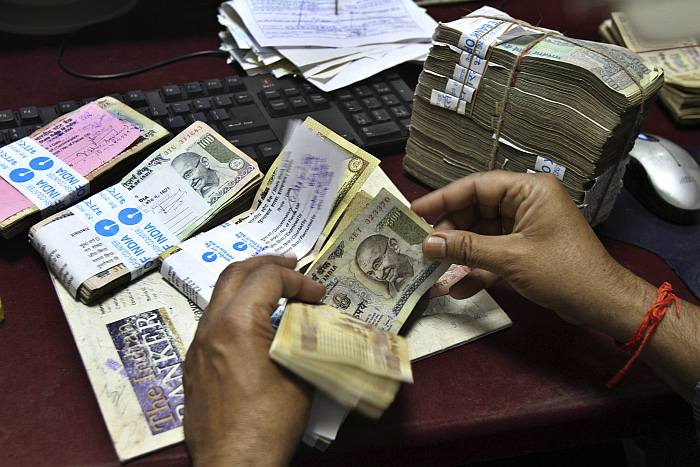 This is nothing less than a surgical strike. In a big blow to hoarders of black money and fake currency, Prime Minister Narendra Modi demonetized Rs. 500 and Rs. 1000 currency notes with effect from November 8 midnight. Post that, these notes will cease to be legal tender and will not be fit for any transactions.

The move, where a radio silence has been maintained by the government and no inkling had been given to any quarter, is meant to be a big strike to curb black money circulating in the country and to fight corruption and funding of terrorist activities. This was announced in a televised address to the nation by the Prime Minister. He also announced that the RBI was issuing a new series of currency notes of the denomination of Rs 500 and Rs 2000 which will have a new design and enhanced security features. The new currency notes will be available at banks and post offices from November 10.

Later, at a press conference RBI governor Urjit Patel said that the government had observed a play of fake currency and of higher denomination currency in terrorism networks which prompted the government to undertake such a move.

While the government move is being lauded by various quarters, it is expected to cause hardships for the Indian citizens for the coming few weeks as supply of currency notes will be restricted in the market. Immediately there will be bigger problems for people as all banks and ATMs will be closed tomorrow November 9 which means that on one hand their Rs 500 and Rs 1000 currency notes will become invalid and on the other there will be no way to find alternative currency to buy items of daily needs and to run daily chores.

Though the government has said that people holding the demonetized currency will be able to exchange them for new series currency notes of Rs 500 and Rs 2000 from banks and post offices till December 30, there is likely to be chaos for the next few weeks as the exchange of currency at banks and post offices is limited to Rs 4000 a day from November 10 to 24 after which the limit will be increased. The government has also allowed government hospitals, dispensaries, petrol stations, airports, railway booking counters and government dairies to accept the demonetized currencies for the next 72 hours to not inconvenience people.

Experts are hopeful that this will not affect financial markets as genuine money will now come into the financial markets as against a lot of play of black money that happened earlier. Also, in sectors like real estate where there was a not of black money at play will also see some correction where genuine white money will not operate. At least for the next year or so.

Says Mukesh Butani, Managing partner, BMR Legal, “A combination of national security concerns and wider agenda to filter out unaccounted income guided the Government to make this move. Figures of high denomination currency in circulation in past 5 years compared to growth in the economy pointed towards indicators of unaccounted money in circulation. Timing was perfect - a month after closure of the income disclosure week and a week after Diwali such that the impact of short term disruption in festive period is minimised.”

This will also, at least initially, prompt people to shift to electronic transactions and the use of plastic money. Says Kunal Bahl, Co-founder & CEO Snapdeal, “With this, the quantum of India’s economy moving through the digital pipes will witness massive growth.”

It's the time of the year when the farmers are going to market with their freshly harvested crops. Many have sold their wheat and rice since October 15, when the selling and buying season started to peak.

They are now worried about the market tanking. "Most farmers don't take their entire earning to the banks but like to keep it at home, in cash. For them, the trek to the banks, sometimes far away, will be an ordeal," says a Haryana based farmer, Ram Kumar from Makrauli village.

He also worries about the payments made to field workers and those who sharpen farm implements.

Another farmer nervous about the development says that the mandi for agricultural produce is set to be held on Wednesday morning but the push-cart vendors will be badly hit once they arrive as the mandi traders have already decided not to accept Rs 500 and Rs1000 denominations.

The small fruit, vegetables and kirana traders will have to return disappointed especially since banks, too, will be closed. Many such payments are always made in cash and often the recipients have no bank accounts. That will be another bug challenge.

Already in Gurgaon, the only big city that caters to the thriving sections of Haryana's farming elites, they are being turned away from shops, hotels and restaurants.

"I just saw a man haggle over a loaf of bread that he wanted to pay for using a Rs. 500 currency note. It's going to be tough for people in coming days," says a Gurgaon resident. Srinibas, another Gurgaon resident, found that petrol pumps were not accepting payments even on Tuesday night right after the decision was made public

Another set of wealthy farmers and traders is also anxious to convert their Rs500 and Rs1000 notes into other denominations.

"I have plenty of cash and it belongs to my family. I want to get it changed and will get others to visit the banks over the coming days to change it," says a farmer. All the people are nervous and anxious about the sudden announcement, as they find that the moment the news spread of the banning of these notes, traders stopped accepting cash payments.

(With Inputs from Pragya Singh)