In the final results declared on Wednesday early morning, Congress got 114 seats, two short of simple majority mark of 116 in the 230-member Assembly. 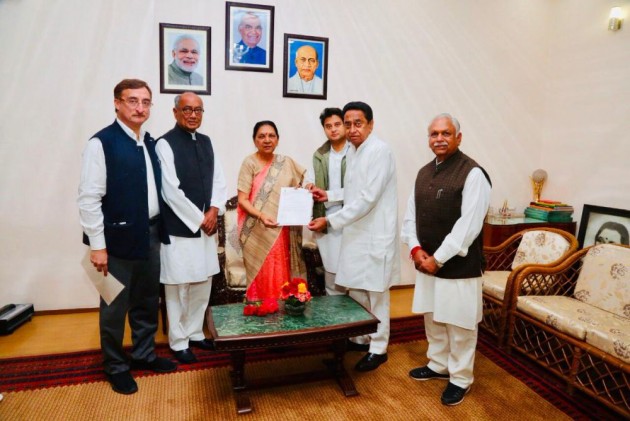 A Congress delegation on Wednesday met Governor Anandiben Patel to stake claim to form the government in Madhya Pradesh.

Governor Anandiben Patel has called the Congress leaders after they sought the appointment with her.

BSP, SP Extend Support To Congress In Madhya Pradesh To Keep BJP Out

The Congress had on Tuesday night submitted a letter to the governor seeking an appointment, after results were announced and was almost clear that it will emerge as the single largest party.

In the final results declared on Wednesday early morning, the party got 114 seats, two short of simple majority mark of 116 in the 230-member Assembly.

The Bharatiya Janata Party (BJP) was close behind with 109 seats. The Bahujan Samaj Party won two seats, the Samajwadi Party got one while Independents bagged four seats.