Low temperatures, fog and migratory visitors -- that's what winter in Delhi means for me 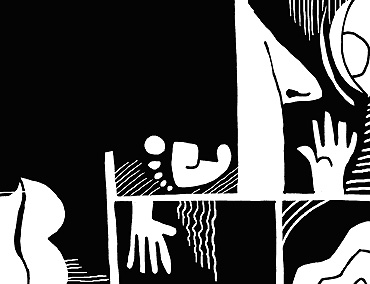 outlookindia.com
-0001-11-30T00:00:00+0553
Low temperatures, fog and migratory visitors -- that's what winter in Delhi means for me. And I'm not referring to birds: it's all the friends and acquaintances who want to take advantage of the capital's ‘pleasant’ weather.

Being a practising recluse, I regard this seasonal influx with some dismay. I live in what I consider to be a small ground floor apartment, with two bedrooms, each with its own attached bathroom. It suits the needs of both its residents perfectly well, because we each have one bedroom to ourselves, to work and play in. But when we have guests, the balance of territory changes dramatically, especially when the guest is female, because the logic of gendered bathroom use guarantees that she will use my bathroom rather than the other available one. This causes me to change from a quiet, mild-mannered pacifist into a snarling sabre-toothed tiger.

A recent case involves an intrepid American woman traveller who is an artist, photographer and free-lancing activist. She has stayed several times in our house over the past four years and each time, my tolerance has gone down a further hundred notches. It does not help that she is on the wrong side of sixty, a good, kind person who visits India because of her desire to be involved in worthy causes: when she's in the house, I feel suffocated, I feel outraged. But she has got used to the facilities here, enjoys the conversation at mealtimes, approves of the low-chilli food and loves the cook's homemade bread. Two years ago, she flew in and stayed for almost two weeks, all the while praising our hospitality and the tranquillity of the house! She also asked me why I seemed so quiet and depressed to which I could only say that I was experiencing a creative storm which required me to sit in dark corners gnawing my toenails.

By the time she returned to Delhi this time, I literally could not talk to her at all. She continued to be extremely friendly towards me, tried to interest me in having dinner with her and my housemate and shook her head pityingly when I mutely turned down the invitation. Last week she returned to Delhi to catch her flight out of India and had the good sense to make alternative arrangements for staying the night of her arrival. But she spent the final hours before departure in our house, during which time I didn't emerge from room at all. Just as she was leaving she knocked on my door to ask, "Manjula, are you pissed off at me?"

To which I said, "Yes! But let's not discuss it please – there's nothing to be done about it and anyway you're about to leave." For a moment she looked angry and then she whirled around and left for the airport.

She's been sending me e-mails to ask what's wrong but there's nothing useful I can tell her. Sometimes one falls out of a friendship and then there's nothing to be done about it – except wait for the hot weather to return and keep all visitors at bay!