Clash Of Segments: Honda Amaze Vs Maruti Baleno - Which Car To Buy?

A sub-4m sedan or a premium hatchback - which is a better choice for you? Let’s find out 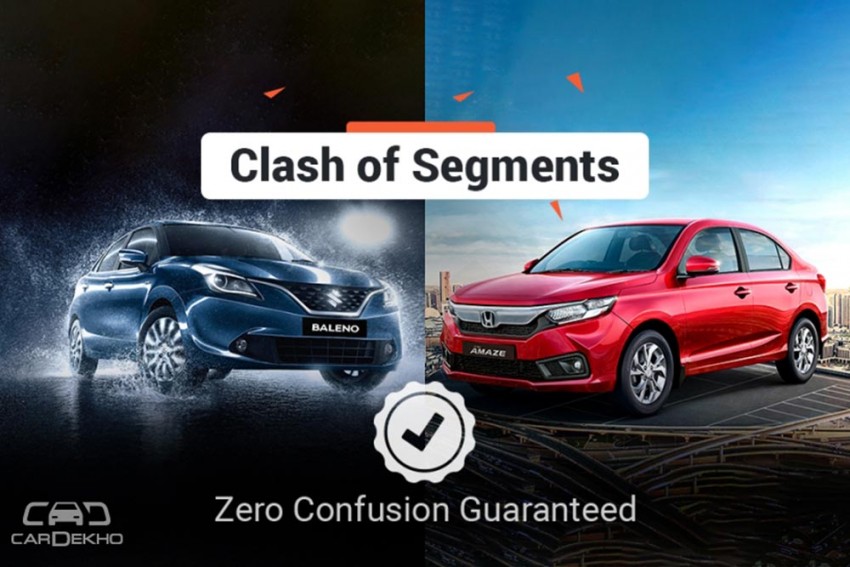 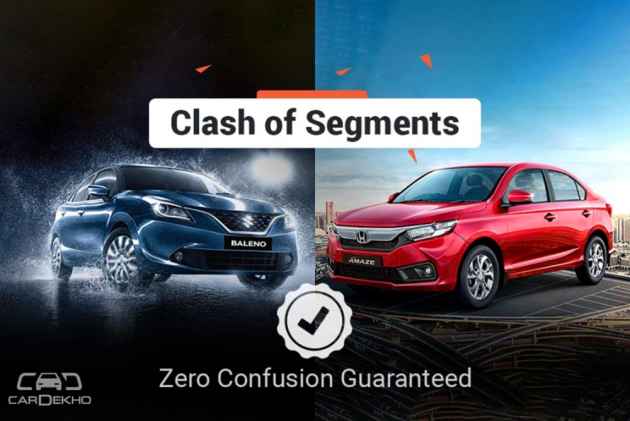 The 2018 Honda Amaze, which is priced between Rs 5.60 lakh and Rs 9 lakh (ex-showroom pan-India), not only takes on sub-4m sedans and SUVs but also premium hatchbacks such as the Maruti Suzuki Baleno, Honda Jazz and the Hyundai Elite i20. Here, we pit the Amaze against the best-selling premium hatchback in the country, the Baleno, to find out which of these similarly priced cars are worth your hard earned money.

Before diving into the details, here are the basic differences between the Baleno and Amaze 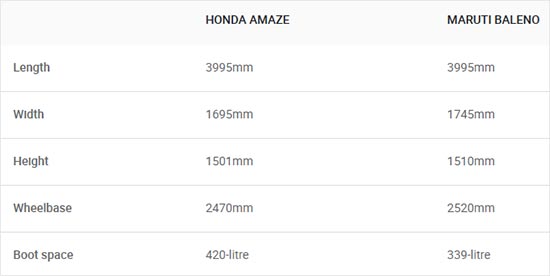 Both the cars are powered by a similar capacity petrol engine, but its the Amaze which is more powerful (by 6PS). However, when it comes to torque and claimed fuel economy, the Baleno takes the lead. Talking about transmission, both the cars can be had with a 5-speed MT or a CVT automatic.

Unlike their petrol versions, the diesel-powered Amaze dominates the 1.3-litre DDiS-powered Baleno in every parameter. It not only has the bigger engine, but it is more powerful, torquey and frugal, albeit by a very small margin. On the transmission front, the Baleno is offered with a 5-speed MT, while the Amaze can be had either with a 5-speed MT or a CVT automatic.

Common Features: Both the cars get basic safety features such as dual front airbags, ABS with EBD, seat belt pretensioners with force limiter and Isofix child seat anchors as standard. Other common features include front power windows and manual AC.

What Honda Amaze gets over the Baleno: Rear parking sensors, day/night inside rearview mirror (IRVM) and rear power windows.

What Maruti Baleno gets over the Amaze: Tilt-adjustable steering, adjustable front seat headrests and central locking

Takeaway: Both the Amaze E and Baleno Sigma get a lot of features in common. The Amaze E is a little on the expensive side when you factor in the kind of additional equipment it gets over the Baleno. At the same time, however, the fact that it has a bigger boot can’t be discounted either.

While the additional features of the Amaze, like the parking sensors and rear power windows, can be installed on the Baleno as well, you won’t be able to retrofit a tilt-adjustable steering or even front seat headrests in an Amaze easily. Taking that into account, it’s the Baleno that turns out to be a better pick when it comes to the base variants of both cars. 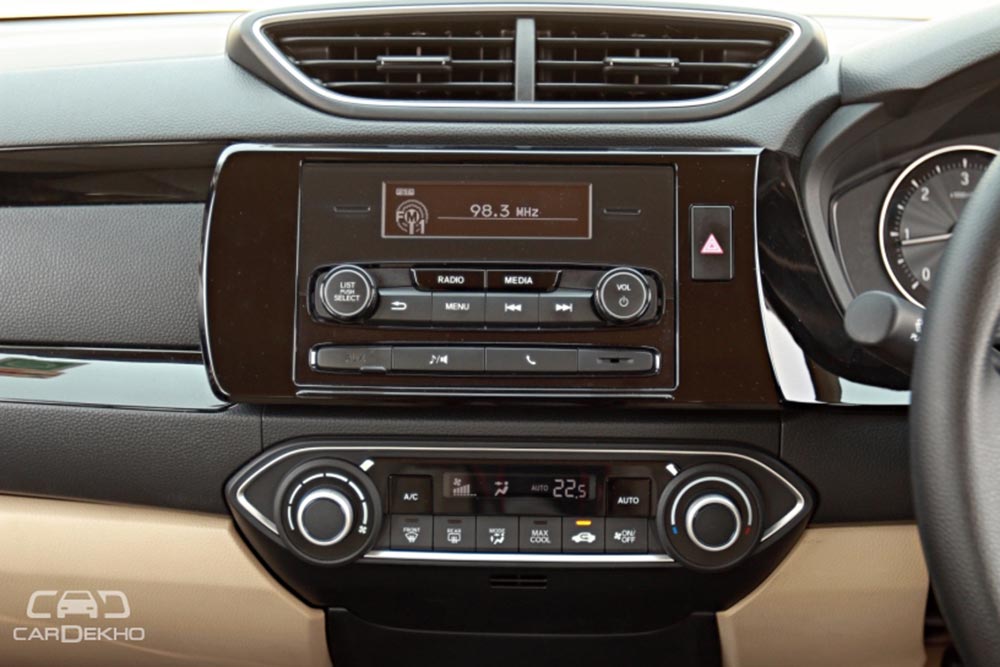 What Amaze Gets Over Baleno: None

Takeaway: Is there anything to mention here? The Baleno Zeta is, by far, the better equipped car here. And the premium it attracts over the Amaze for these features is more than justified in our opinion. 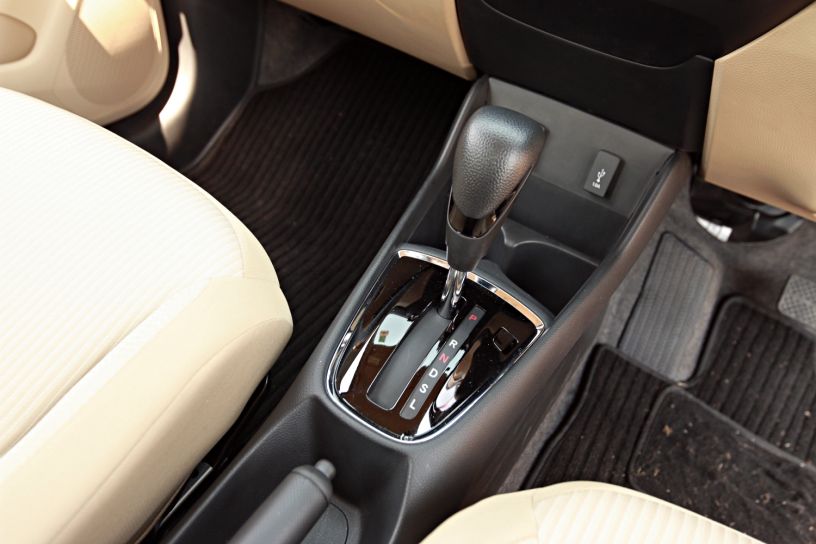 The feature list of the automatic variant remains identical to their manual counterparts.

Takeaway: The Baleno is our pick here as well. While both cars get a CVT transmission, its the Baleno which is better equipped. And the premium of Rs 30,000 for these features is justified in our books. 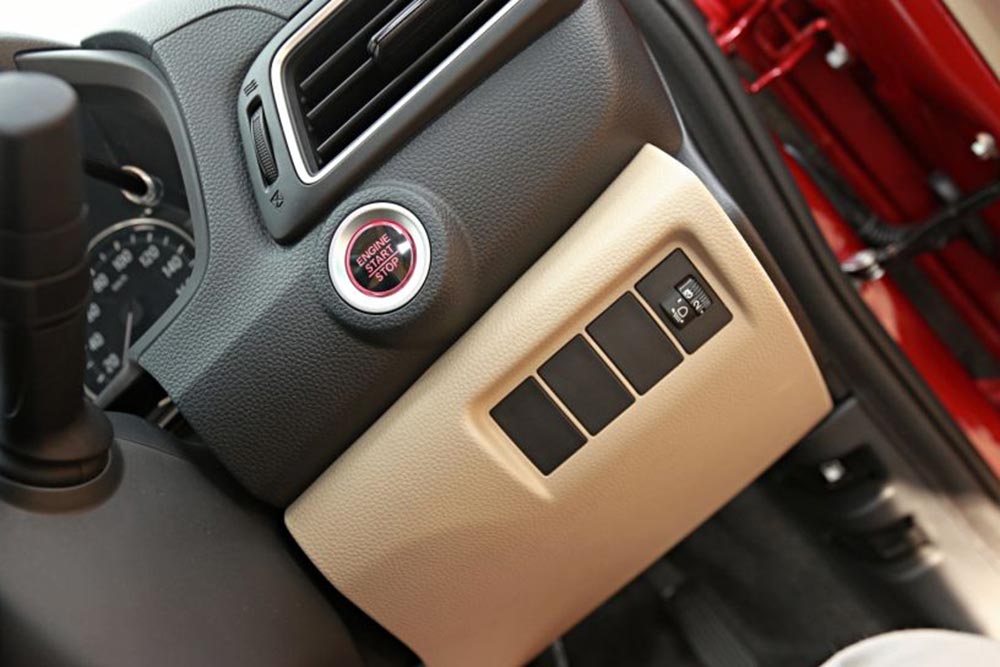 What Amaze has over the Baleno: The Amaze does not get anything over what the Baleno, except for paddle shifters in the CVT variant

Takeaway: The Baleno remains our choice here as well. The premium it attracts for the extra features it offers is totally justified. You can have majority of these features in the Honda Amaze as well, but you will have to go for the top-spec Amaze VX, which is priced at a premium of Rs 48,000 over the Amaze V and about Rs 20,000 over the Baleno Alpha.

Takeaway: Choosing the right car is a little tricky here since the price difference between the two increases by Rs 40,000. You do get more features in the Baleno and there’s no denying that you can justify the premium of Rs 40,000 for these. But the Amaze is also well equipped in comparison. So if you are willing to live without automatic projector headlamps, telescopic steering and rear split seats, we would suggest you go for the Amaze V CVT. A touchscreen infotainment system or a parking camera be retrofitted, if required. 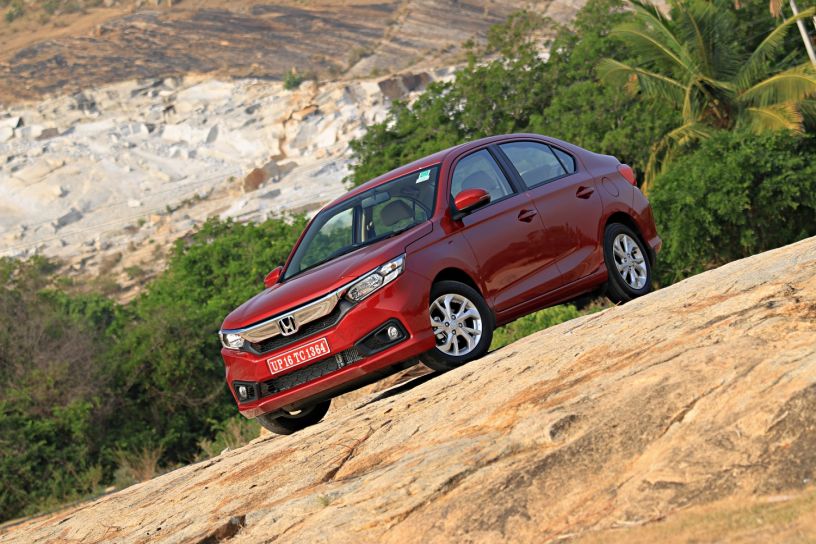 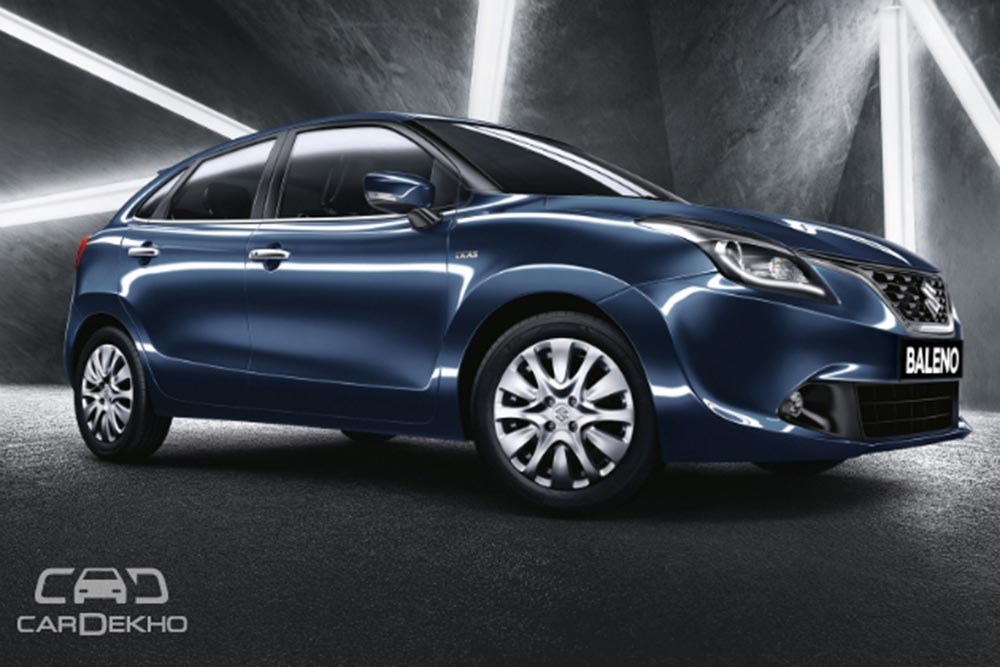 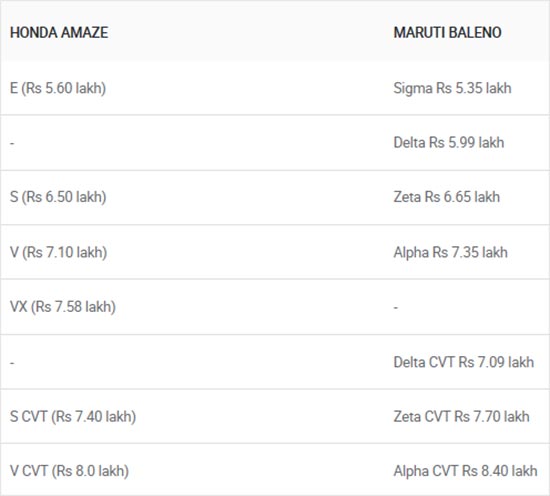 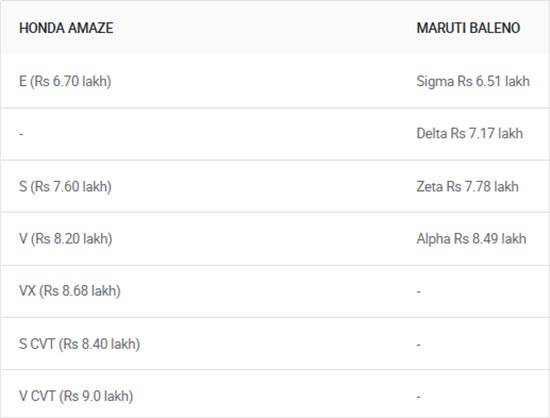