"hamare office me hai tu, scene krega to hum kuchh bhi kar sakte hain, police bhi tujhe hi uthayegi' (You are in our office now. If you create a scene, we can do anything, even the police will catch you.)", 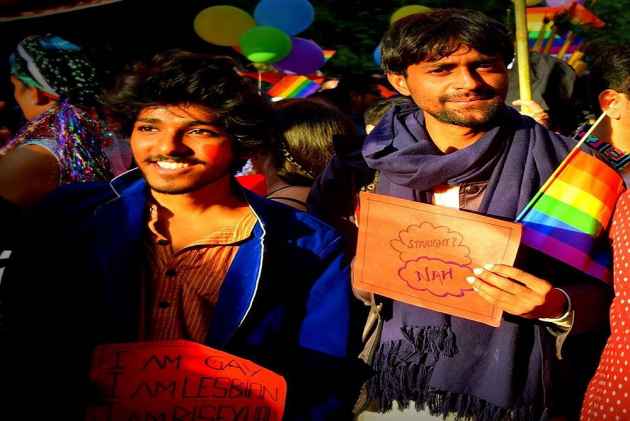 A JNU student, Aman Sinha, has alleged that CISF personnel assaulted him at the Rajiv Chowk Metro Station in New Delhi and hurled abuses at him, accusing him of "spoiling the name of the country", a possible allusion to the university.

In a Facebook post shared by Sinha, he has narrated the incident which took place on Thursday, alleging that the CISF men had asked for his "full name". Another CISF guard then accused him of "spoiling the name of the nation" and threatened to send him to Pakistan.

The whole incident began when Aman refused to remove his earphones while going through the security check.

What followed was an unfortunate experience for the student.

"They dragged me through the public to the security office through the very long passage where there was no CCTV and no public. They started abusing my mother and sister, thrashing and beating me very badly me, saying that 'public k samne hamara nam kharab kar diya.' (You spoiled our name in public)," he wrote.

He further alleged that the men continued to beat and harass him until a senior official came to the control room and asked for his ID.

"Then one of the guys at office said, ' hamare office me hai tu, scene krega to hum kuchh bhi kar sakte hain, police bhi tujhe hi uthayegi' (You are in our office now. If you create a scene, we can do anything, even the police will catch you.)", he said, adding that one of the guards even rubbed the dung stuck to his shoes on Sinha's jeans.

CISF deputy inspector-general Raghubir Lal told The Telegraph that an "inquiry under a commandant" will be ordered.

Sinha has questioned the apparent prejudice he had to face for being a JNU student.

"Rather than securing the cows we should stand for securing the common people of this country. The issue is not that I was beaten, I have had enough of it in protests but the issue is the despotic and aristocratic manner in which the stakeholders of the law behave. I can only imagine the brutality of masculinist armed forces in Kashmir and North East," he concluded.

Umar Khalid, JNU student accused of being involved in 'anti-national' activities inside the campus told Outlook it was especially unfortunate that not just 'gundas but men in uniform' are participating in the prejudiced rant against JNU's students.

Based on what he could gather from Sinha's Facebook post, Umar said it was wrong that the CISF guard taunted Sinha in communal language 'just because his name sounds Muslim.'

Recalling incidents he had to face, Umar says 'there is a perception against JNU students that's building up and electronic media has an equal role to play for creating this mass frenzy.'

Sinha is an MA student in Modern History from Jawarhalal Nehru University, an educational institution that has been under constant attack for being "anti-national", so much so that the vice-chancellor proposed to install a battle tank on the premises of the university to instill the ideas of patriotism in the students, and BJP MP Meenakshi Lekhi suggesting the students take an oath to protect nationalism.