There is an uncertainty over Prime Minister Modi's one-on-one meeting with the Chinese President as his schedule includes the plenary session wherein the leaders of the five BRICS countries speak, to be followed by bilateral meetings with the Russian and the Brazilian presidents. 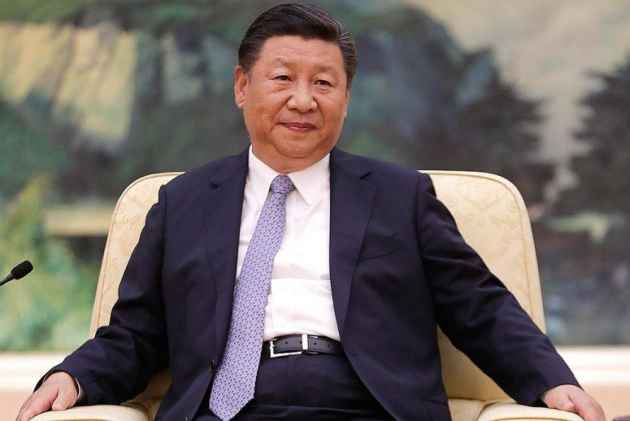 Chinese President Xi Jinping talked about adopting a "holistic" approach to terrorism that includes addressing "symptoms and root causes", during the BRICS Business Forum yesterday, but avoided naming Pakistan, indicating he wants Indian Prime Minister Narendra Modi to not raise the issue of Pakistan-sponsored terrorism at the BRICS Summit here.

"I am convinced that as long as we take a holistic approach to fighting terrorism in all its forms, and address both its symptoms and root causes, terrorists will have no place to hide. When dialogue, consultation and negotiation are conducted to create conditions for achieving a political settlement of issues such as Syria, Libya and the Palestine-Israel conflict, the flame of war can be put out, and displaced refugees will eventually return to their homes," Jinping said.

Through this statement, it becomes clear that Pakistan's close ally, China, has somewhat adopted a dual strategy on tackling terrorism by not mentioning Islamabad even after U.S. President Donald Trump accused it of providing safe havens to terror groups, which is a serious threat to South Asia and to the international community.

"The intertwined threats of terrorism and lack of cybersecurity, among others, have cast a dark shadow over the world. The BRICS countries are committed to upholding global peace and contributing to the international security order. BRICS should foster the vision of common, comprehensive, cooperative and sustainable security, and take a constructive part in the process of resolving geo-political hotspot issues and make our due contributions."

"The BRICS countries should shoulder our responsibilities to uphold global peace and stability. Peace and development underpin and reinforce each other. The people around the world want peace and cooperation, not conflict or confrontation. Thanks to the joint efforts of all countries, the global peace has reigned for more than half a century. However, incessant conflicts in some parts of the world and hotspot issues are posing challenges to world peace," he added.

Chinese President listed the various steps undertaken by BRICS for maintaining peace in the world, saying , "BRICS have held the Meeting of High Representatives for Security Issues and the Meeting of Ministers of Foreign Affairs/International Relations. We have put in place the regular meeting mechanism for our permanent representatives to the multilateral institutions, and convened the Foreign Policy Planning Dialogue, the Meeting of Counter-Terrorism Working Group, the Meeting of Cybersecurity Working Group, and the Consultation on Peacekeeping Operations. These efforts aim to strengthen consultation and coordination on major international and regional issues and build synergy among the BRICS countries."

There is an uncertainty over Prime Minister Modi's one-on-one meeting with the Chinese President as his schedule includes the plenary session wherein the leaders of the five BRICS countries speak, to be followed by bilateral meetings with the Russian and the Brazilian presidents.